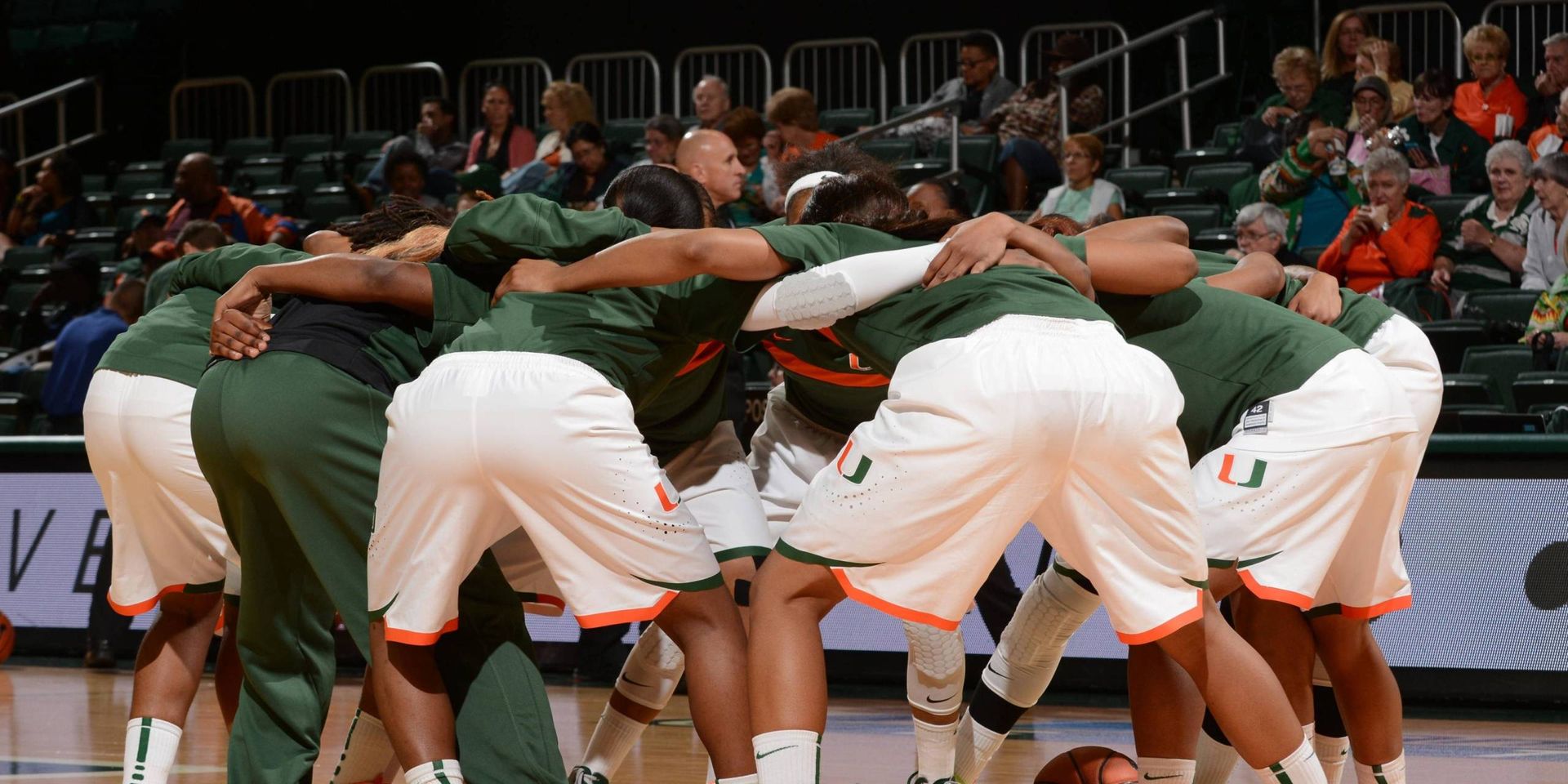 The Game
The University of Miami women’s basketball team faces Nova Southeastern in exhibition play Thursday, Nov. 6 at 4 p.m. at the BankUnited Center.

The Coach
Coach Meier is entering her tenth year at the helm in Coral Gables, and is looking to build upon the success that the team has had in the past. The Hurricanes have made five consecutive postseason appearances, three in the NCAA Tournament and two in the WNIT. The Canes also have had over 20 wins in four of the past five seasons. Meier holds a career record of 239-166 and a record of 163-121 at Miami.

A Past Encounter
The Hurricanes and the Sharks faced-off in exhibition play in the 2012-2013 season when Miami handled Nova Southeastern, 85-63.

Up Next
Miami will open the regular season Friday, Nov. 14 against Oakland. The game will tip-off at 11 a.m. at the BankUnited Center.

Promotions
All fans are cordially invited to Hurricane Basketball ‘Select-A-Seat’ Night, presented by University Credit Union, on Thursday, Nov. 6 at the BankUnited Center.

Fans will be able to “test-drive” and purchase any available seating locations for season ticket and mini-plan packages for the upcoming men’s and women’s basketball seasons. Open seats will be labeled with pricing information, and friendly ticket representatives will be on-hand to assist fans with any questions.

Doors will open at 3 p.m. in advance of the women’s basketball exhibition vs. Nova Southeastern, which will tip off at 4 p.m. The men’s basketball team will follow at 7 p.m. with Eckerd College in its sole preseason tune-up. Ticket representatives will be available throughout the evening.