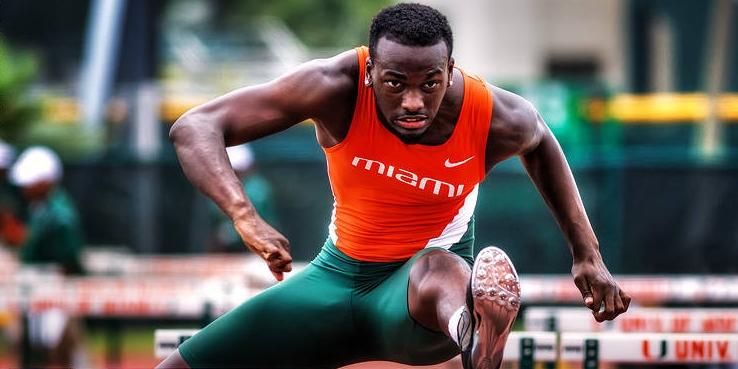 CORAL GABLES, Fla. – The University of Miami track and field program will compete against fellow conference members at the 2014 ACC Outdoor Championships.

Miami’s women will feature three individual champions from the 2014 ACC Indoor Championships. Junior throwers Lea Johnson and Amber Monroe and freshman sprinter Shakima Wimbley will all be looking to score big points for the Canes this weekend. Sophomore Alysha Newman, who placed third at the ACC Indoor Championships, will look to climb to the top of the medal stand in her first ACC Outdoor Championships appearance as a Hurricane.

The Hurricane men will look to sophomore Isaiah Simmons to continue his success at the ACC Championships. Simmons is a two-time ACC Indoor champion in the shot put and will look to defend his ACC outdoor shot put title this weekend. Other Miami men expected to make some noise include freshman throwers Gian Piero Ragonesi and Carlos Mangum and jumpers Timothy Richardson and John-Patrick Friday.

The three-day meet is set to begin Thursday, April 17, and will continue through Saturday, April 19. The 2014 ACC Outdoor Championships will be held at the Belk Track, Fetzer Field and Finley Field on the campus of the University of North Carolina in Chapel Hill, N.C.

Fans can follow the action all three days via ESPN3 and live streaming on theACC.com. Nearly 12 total hours of ESPN3 live coverage are scheduled on Thursday from 5 until 8:30 p.m., on Friday from 4:30 until 8:30 p.m., and on Saturday from 4 until 8 p.m. Viewers can access the webcasts at http://theacc.co/OTFlivestats.

Live results will be available throughout the event on the championship website: http://theacc.co/OTFlivestats.