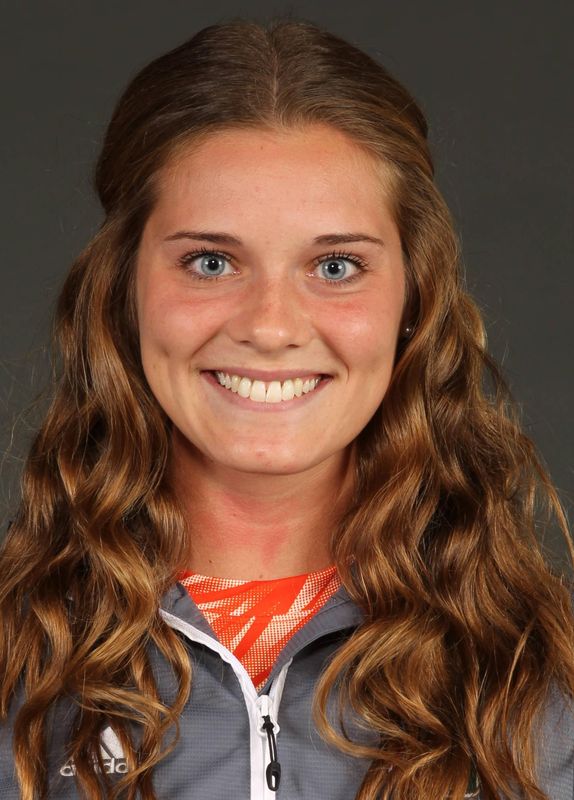 2016 Outdoor: Won the women’s pole vault with a school record mark of 4.50m that meets the Olympic standard at the Hurricane Twilight Invitational… Miami’s top finisher in the field events, placing second in the women’s collegiate pole vault with a mark of 4.30m at the Texas Relays… Set a new school record and became the NCAA leader in the women’s pole vault, when she cleared 4.52m. But the senior was not done yet, clearing a personal-best 4.60m to set the ACC record and the Canadian National record and earning the victory in her final home meet as a Hurricane with a mark that currently ranks fourth in the world…

2014 Indoor:  Won pole vault at Rod McCravy Memorial Meet with an NCAA-leading height of 4.31m, setting a University of Miami and meet record … Placed third in the women’s 60m hurdles with a time of 8.74 seconds at the Don Kirby Elite Invitational … Placed seventh in the women’s pole vault with a height of 4.11m … Set a new school record with her third place finish in pole vault at the ACC Indoor Championships, clearing 4.35m … Tied for fifth at the 2014 NCAA Indoor Championships, clearing 4.35m.

High School: Represented Canada at the World Juniors in Barcelona, Spain … Placed first in the Canadian Juniors … Became the first Canadian female high school student to jump over four meters with a 4.06-meter leap, breaking a Canadian interscholastic record in the pole vault … Placed 12th at the 2011 World Youth Games and has set personal records of 13-feet-1.50-inches in the pole vault, while also completing the 100-meter hurdles in 14.62.

Personal: Full Name is Alysha Eveline Newman … Daughter of Robert and Paula Newman … Has two brothers, Kris and Dylan, and one sister, Brianna.