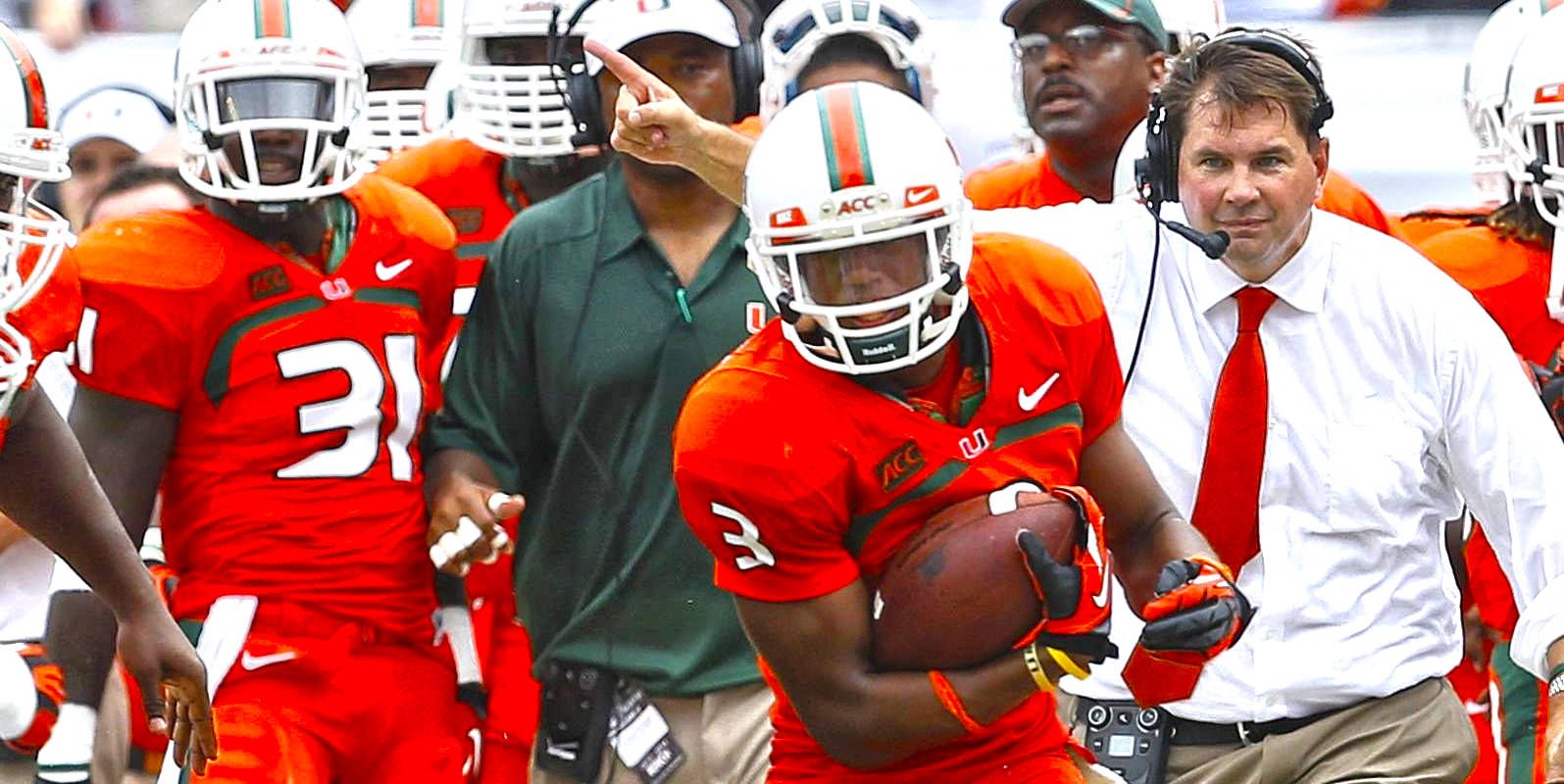 Senior Ryan Williams, sophomore Gray Crow and redshirt freshman Kevin Olsen took the snaps under center during the scrimmage. Williams tossed one touchdown – a beautiful 76-yard bomb that landed in Stacy Coley’s hands as he was in mid-stride. Olsen accounted for three touchdowns – two through the air and one on the ground – and Crow tossed a TD pass. Gus Edwards added a 25-yard TD run down the sideline, as well. Williams also added a rushing TD.

Twelve practices are now in the books for the Hurricanes. Miami will hold two more open spring practices Tuesday, April 8 and Thursday, April 10, at 8:45 a.m.

UNITE.14 SPRING GAME & FAMILY FESTIVAL
The Miami Hurricanes will host UNITE.14 Spring Game & Family Festival Presented by BankUnited on April 12 at Sun Life Stadium. Stadium gates will open at 3 p.m.; the Hurricanes’ Spring Game will begin at 6 p.m. and will be streamed live on ESPN3. The game is FREE and OPEN to the public.

FOOTBALL VICTORY FUND
The University of Miami has launched the $7 million Football Victory Fund to address the most important needs of the football program. There are a variety of ways to contribute to the Football Victory Fund as well as to Hurricanes Athletics.  For more information on how you can donate and details of the pending projects, please call the Hurricane Club at 305-284-6699 or visit umvictoryfund.com.