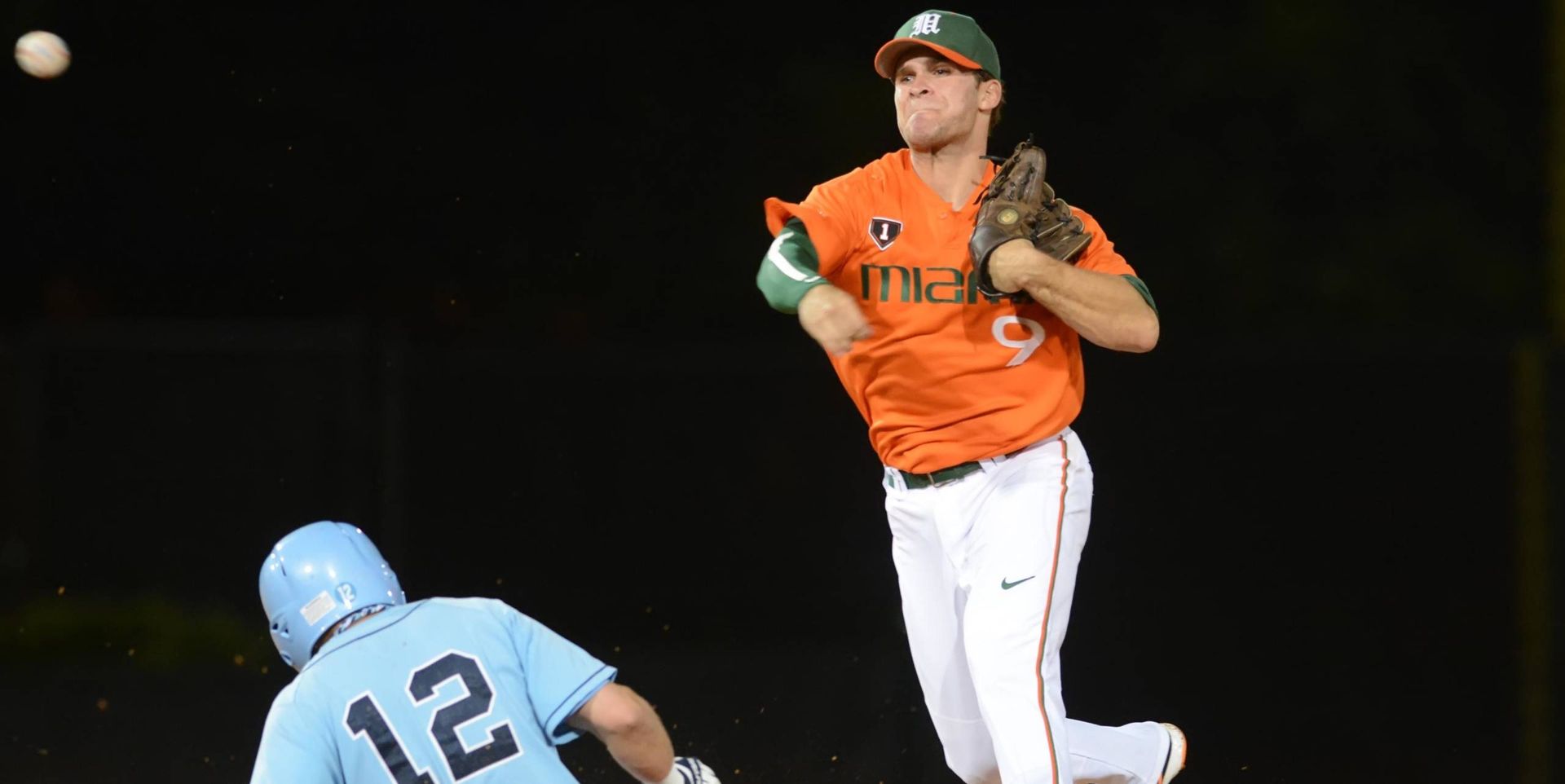 No. 24 Baseball to Host Wildcats Wednesday

Miami leads the all-time series between the two schools by a commanding 25-5 margin, but dropped the first of the 2014 set against the Wildcats 7-3 on March 11. All 30 games of the series have been played in Coral Gables.

• After capturing a three-game sweep of NC State in Raleigh, N.C., #24 Miami returns home for a midweek matchup against Bethune-Cookman before hitting the road for another ACC series at Virginia Tech.
• Miami dropped its first matchup of the season against Bethune-Cookman by a final score of 7-3. The Wildcats jumped out to a 6-0 lead in the first inning and held on to win at Mark Light Field.
• Despite a loss earlier in the season, the Hurricanes hold a commanding 25-5 all-time advantage over the Wildcats. All 30 games of the series have been played in Coral Gables.

• Head coach Jim Morris became just the eighth coach in the history of Division I baseball to accumulate 1,400 wins when Miami beat Boston College 5-2 on March 8.
• Two weeks later, Morris won his 900th game with the Hurricanes in a 7-1 upset of No. 3 Virginia on March 22. Morris ranks second in wins in Miami history behind the late Ron Fraser (1,267).
• Morris ranks fourth among active Division I coaches in career victories (1,408) and eighth all-time in the category.

• Miami leads the ACC with 17 homers through its first 29 games of the regular season. Zack Collins ranks second in the ACC with six home runs, while Dale Carey is tied for third in the conference with five.
• The offense already has four multi-homerun games this season (after recording just two in all of 2013): games one and two against Florida (Feb. 21 & 22), game one against Georgia Tech (March 14) and game three against NC State (March 30). Miami is 4-0 when hitting more than one home run.
• Zack Collins recorded the first multi-home run game for the Hurricanes since Peter O’Brien accomplished the feat in 2012 in Miami’s 12-5 win over NC State (March 30). He drove in six runs in the win.
• The Hurricane offense exploded for six home runs in its series with Florida (Feb. 21-23), the most for a Miami team in a single series since an April 2010 weekend set at Virginia Tech.