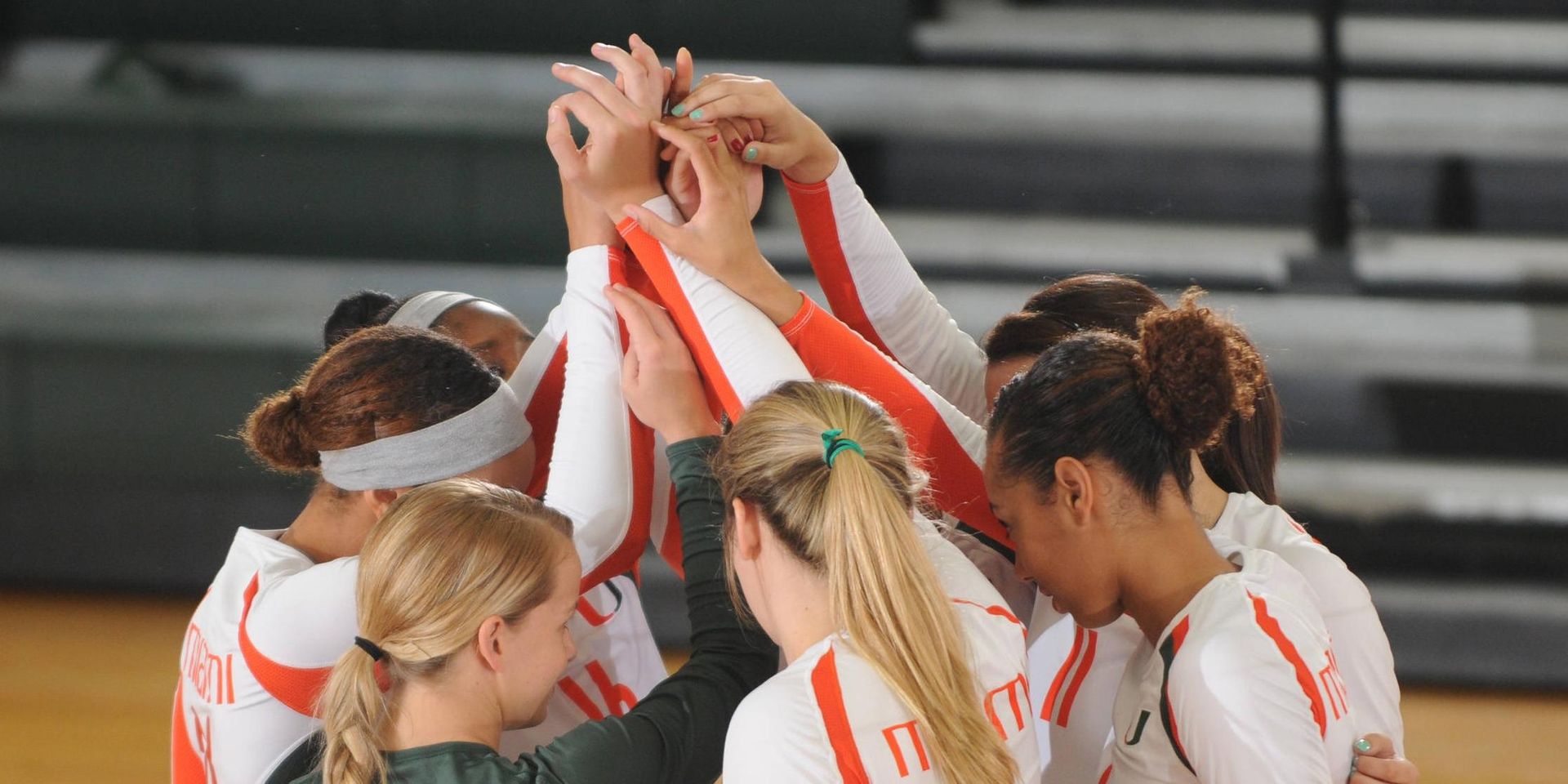 CHARLOTTESVILLE, Va. – The University of Miami volleyball team came up short in its final road match of the 2013 regular season, falling to Virginia in four sets.

The Cavaliers took the first set, 28-26, but Miami battled back and evened the match at one set apiece. The Canes’ 27-25 win in the second set gave them momentum heading into the intermission.

The two ACC foes continued to battle in the third set, but Virginia took a 2-1 advantage with their 30-28 victory. The Cavaliers closed out their four-set win, taking the final set 25-15.

Miami’s attack was led by Savanah Leaf and Misty Ma’a. Each outside hitter recorded a double-double with Leaf tallying 13 kills and 15 digs, while Ma’a contributed 13 kills and 13 digs.

Senior Alex Johnson was active for the Canes, registered nine kills and 16 digs. Junior Emani Sims was also a presence at the net. The middle blocker was Miami’s most efficient hitter, tallying a .333 attack percentage to go with her team-best seven blocks.

Following this weekend’s trip to Virginia, the Canes return home to face in-state rival Florida State on Wednesday, Nov. 13. The match against the Seminoles is scheduled for 7 p.m. and will be Miami’s first of six consecutive home matches to close out the 2013 regular season.