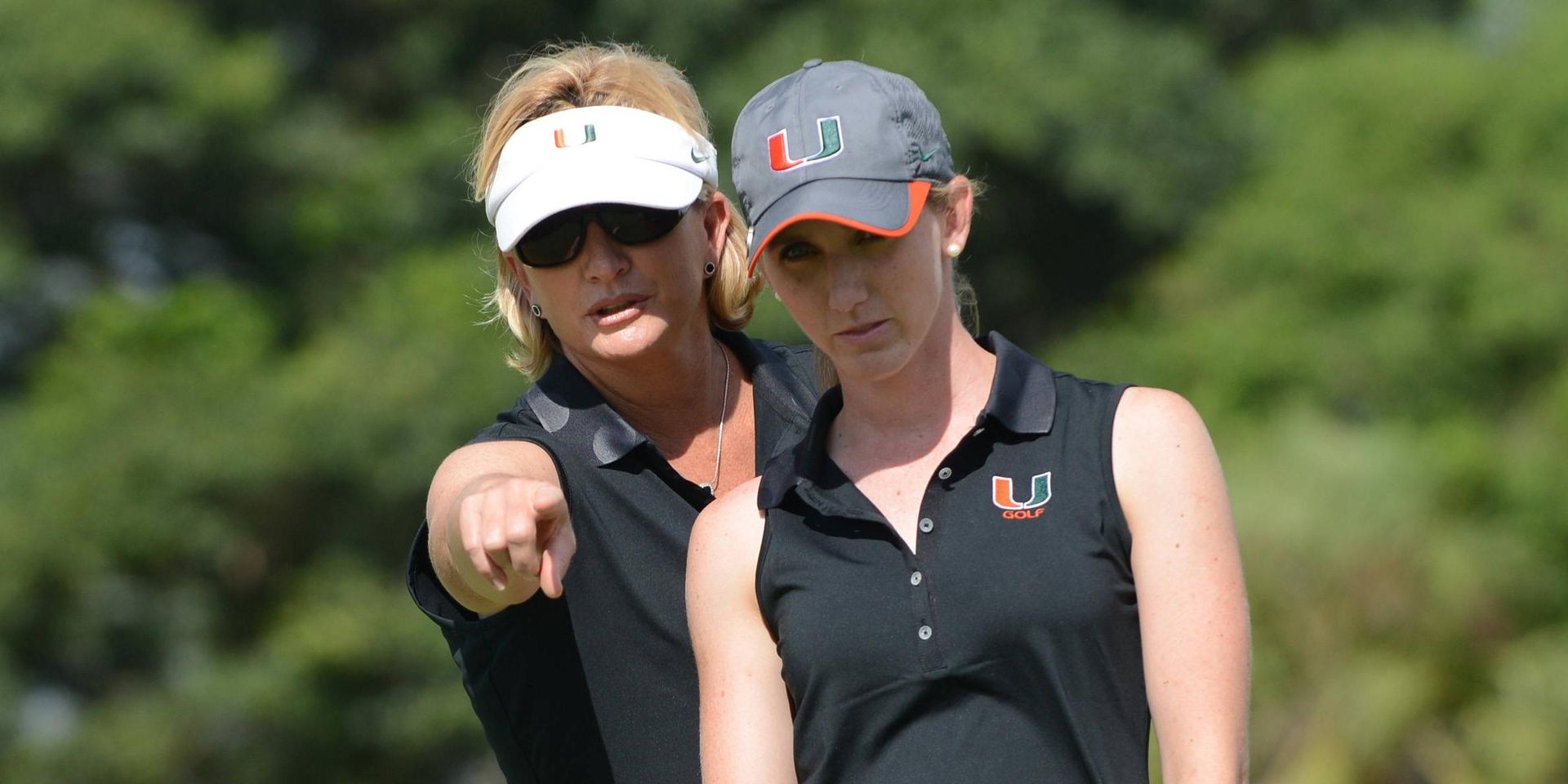 Miami shot a final-round 291 to finish at 5-under 859, shattering the program 54-hole mark by 12 strokes that was set earlier this month at the Challenge at Onion Creek (871).

UCLA ran away with the tournament title on the final day, shooting a tournament-low 22-under 842 to claim a six-stroke margin. Arizona State finished second at 16-under 848. Iowa State (2-under 862) and SMU (8-over 872) rounded out the top five.

UCLA’s Alison Lee took home individual medalist honors after a final-round 67 to finish with a 12-under 204. UNLV’s Dana Finkelstein finished second at 8-under 208.

“We showed what this team is capable of on the first day,” head coach Patti Rizzo said. “Playing with UCLA and Arizona State proved to us that we have just as good ball-strikers as any top team.”

Delfina Acosta, Daniela Darquea and Kailey Walsh all carded 54-hole personal bests in Austin as the trio tied for 16th at even-par 216. Acosta posted her second sub-par round of the tournament with a 1-under 71. Walsh shot a 2-over 74, while Darquea chipped in a 5-over 77.

Juniors Rika Park and Leticia Ras-Anderica each shot a final-round 73. Back-to-back 73s from Park pushed her to a 23rd-place finish at 1-over 217. Ras-Anderica improved by two strokes from her first round to tie for 39th at 6-over 222.

“Our weakness compared to UCLA and Arizona State is our putting,” Rizzo said. “We are going to focus 100 percent on putting this winter. I am proud of our girls and looking forward to a great spring.”

Miami finished the tournament as the team to shoot under par on the course’s Par 3 holes, carding a 5-under tally. Miami’s 43 birdies were the third-most for the tournament, behind UCLA (51) and Arizona State (47).