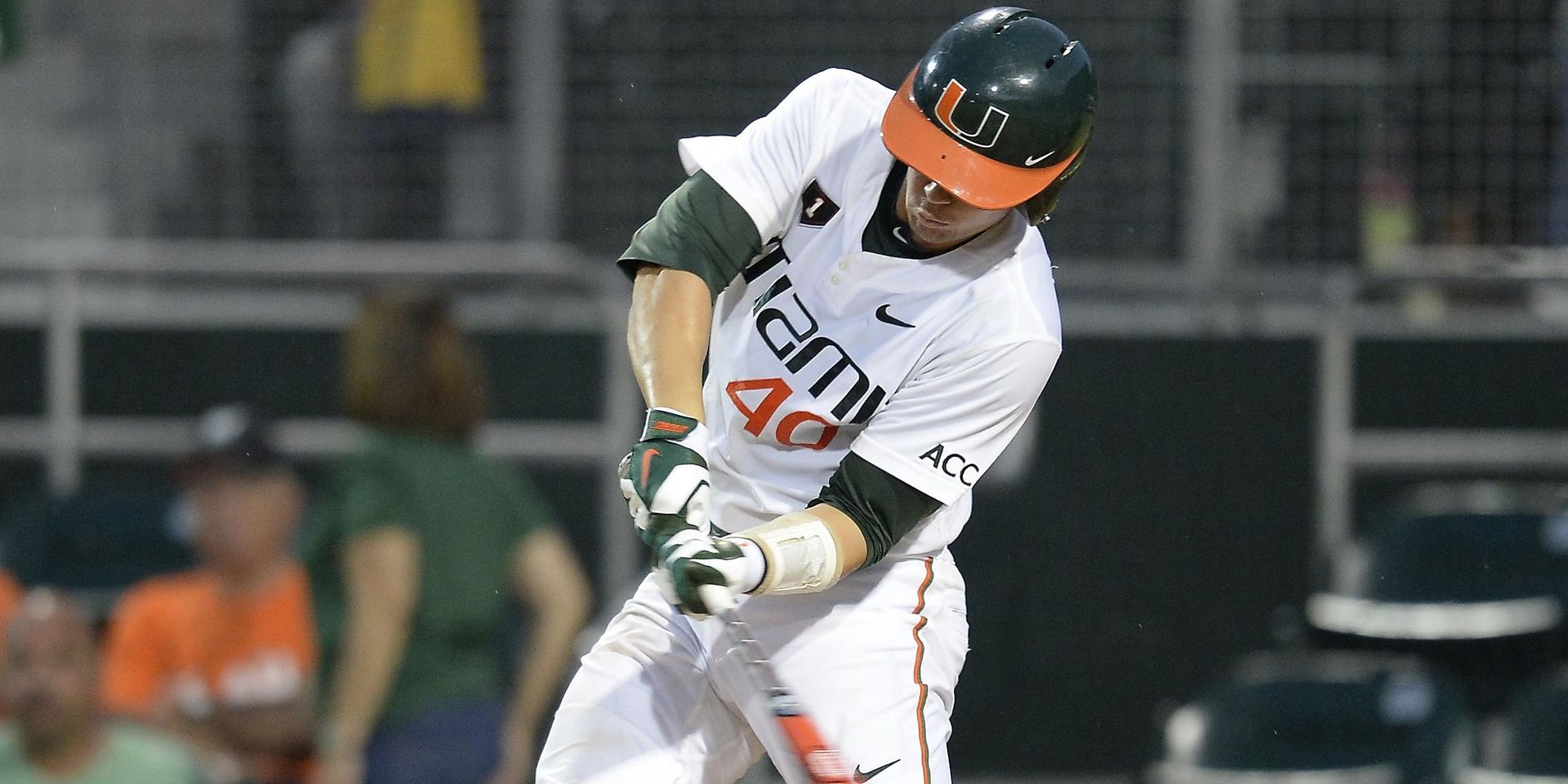 DURHAM, N.C. — The eighth-seeded Miami Hurricanes fell behind early in their 2013 ACC Championship opener against first-seeded North Carolina and were unable to recover, dropping the Pool A match-up 10-0 at Durham Bulls Athletic Park.

The Tar Heels (49-8) struck for five runs off sophomore lefthander Andrew Suarez (3-5) in his first three innings, jumping all over the southpaw in the early going. Carolina strung together three runs in the bottom of the first and two more in the third, boosted by two-RBI singles from outfielder Brian Holberton and first baseman Cody Stubbs.

Suarez’ counterpart, Heels’ lefthander and 2013 ACC Pitcher of the Year Kent Emanuel, kept the Hurricanes off-balance in his eight innings on the hill. Miami was unable to generate any offense off Emanuel (10-3) in the early going, and were held hitless until the fifth when sophomore Garrett Kennedy lined a two-out single through the right side of the infield.

“It wasn’t a very good game to watch I’m sure of that, but North Carolina played a great game,” head coach Jim Morris said. “Emanuel showed why he’s the Pitcher of the Year in our league.”

Despite the lack of hits, the Hurricanes (35-22) looked to be building a threat in the second when Emanuel issued back-to-back walks to freshman David Thompson and junior Brad Fieger to open the frame. A nicely turned double play by the Heels on a grounder from senior Alex San Juan sent Thompson to third, and Emanuel induced a groundout from Kennedy to keep Miami off the board.

The Hurricanes got back-to-back, two-out singles from Kennedy and freshman shortstop Brandon Lopez in the fifth for their first two hits of the afternoon, but a bouncer from junior Dale Carey was handled well by second baseman Mike Zolk to end the inning.

North Carolina chased Suarez in the sixth after shortstop Michael Russell and Holberton reached and advanced into scoring position on a sacrifice bunt. Senior righthander Eric Whaley entered in relief and allowed a two-RBI single to pinch hitter Parks Jordan. By game’s end, Suarez was charged a career-high seven runs on 11 hits allowed, which also set a new career high.

“I didn’t really get ahead in the count and they are really aggressive and, you know, I just have to tip my hat,” Suarez said.

The Heels tacked on two more runs in the seventh and the game-ending run in the eighth. A throwing error charged to third baseman David Thompson plated Stubbs from second and an RBI double from Holberton made it 9-0 in favor of North Carolina. In the next inning, a run allowed by senior reliever Vince Kossak gave the Heels a 10-0 advantage, ending the game early due to the 10-run rule in effect for the entirety of the ACC Championship.

“We didn’t do a very good job,” Morris said. “We made no adjustments at the plate and we didn’t pitch as well as we have been pitching.”

The eighth-seeded Hurricanes will return to Durham Bulls Athletic Park Friday for their Pool A match-up with fourth-seeded NC State. First pitch for the contest, set to be televised on RSN and ESPN3, is set for 11 a.m.