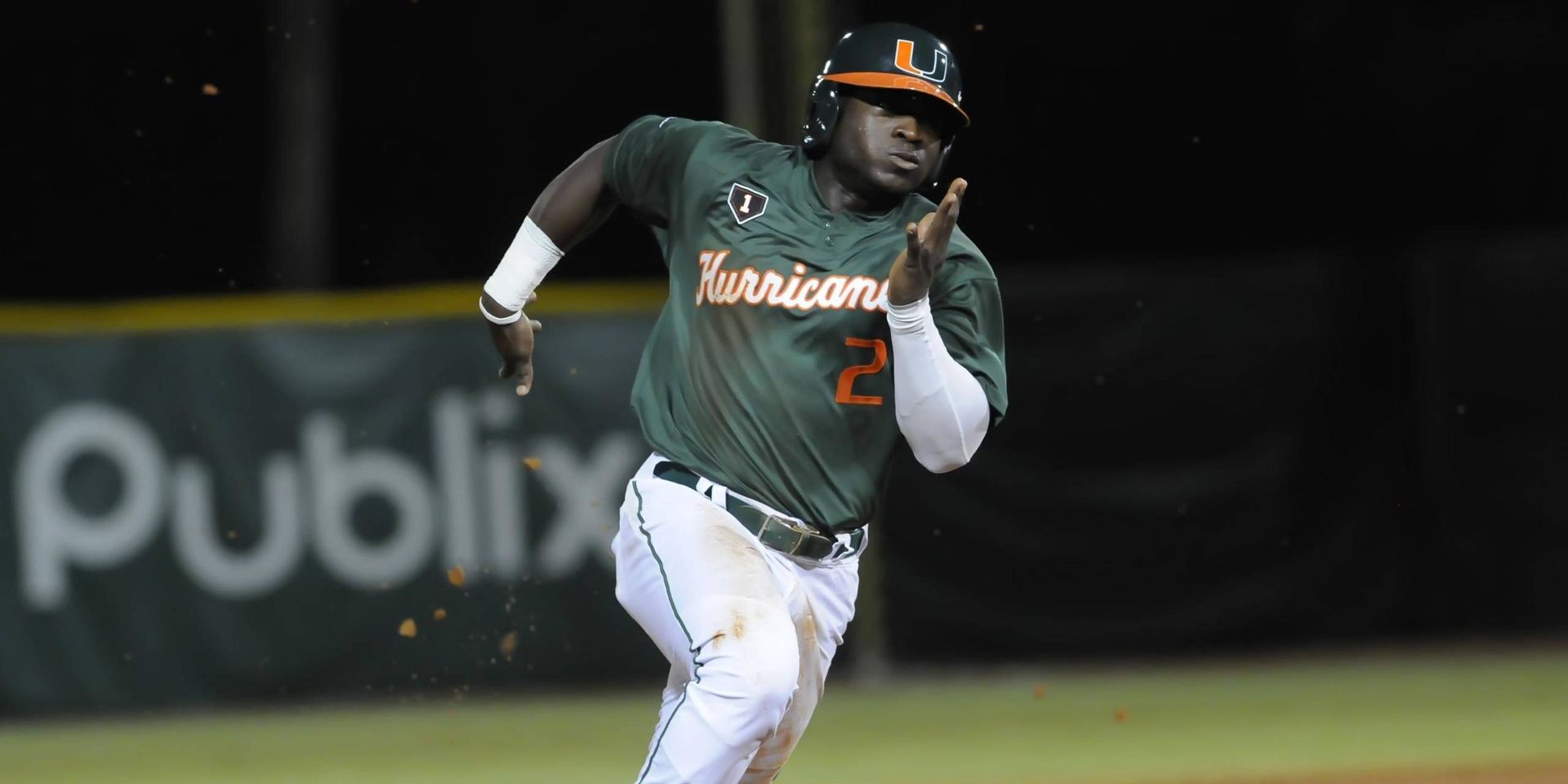 After plating two runs in the first inning, the Hurricanes (16-7) struck for six in the bottom of the second, all of which came with two outs. Lions’ starter David Spinosa (0-1) was pulled after just 1.2 innings, exiting with the bases loaded after a single (Ricky Eusebio), a hit batsman (Dale Carey) and his third walk of the night (Christopher Barr).

Freshman Kevin Roy, on in relief of Spinosa, issued a bases-loaded free pass to junior Alex Hernandez before allowing a two-RBI single to senior Chantz Mack to make it 5-1. Alex San Juan then worked an 0-2 count full before connecting on a two-RBI double to the gap in left-center, while Brad Fieger’s double into the leftfield corner gave the hosts a commanding 8-1 lead.

“It takes a little stress off me,” starter Eric Whaley said of the team’s early lead. “I just have to go out there, throw strikes, and let them hit the ball.”

“I’m pretty much back to 100%, I’ve just got to keep locating my pitches better than what I’ve been doing,” he said.

The Hurricanes gave their starting pitcher an early lead by striking for two in the bottom of the first. With Barr and Hernandez on base after back-to-back walks from Spinosa to open the frame, Mack chopped an RBI single over the first baseman’s head to jump out to a 1-0 lead. San Juan then grounded into a double play, but Hernandez scored from third on the play to make it 2-0.

“I wanted to focus better with men in scoring position,” said Mack, who tied a career high with three RBI’s on the night. “Recently I’ve been leaving a lot of guys on base.”

One of Whaley’s few blemishes of the night came in the second, when Lions’ first baseman Alex Black connected on a solo homerun over the leftfield fence to cut the Columbia deficit to 2-1. The Hurricanes’ exploded for six runs in the bottom of the frame, however, and cruised through the game’s middle innings.

Miami would tack on a run in the sixth, with junior Dale Carey leading off the inning by looping a double down the rightfield line. The Marietta, Ga., native would advance to third on a sacrifice bunt from Barr, while a single from Hernandez ripped up the middle made it 9-3. After drawing a bases-loaded walk earlier in the game, Hernandez registered his first career multi-RBI game on the play.

The Lions would strike for two runs in the top of the seventh, but freshman reliever Frank Grandinette entered and promptly struck out pinch-hitter Logan Boyher to get out of the jam. The Orlando, Fla., native would finish after 1.2 innings, as AJ Salcines and Eric Nedeljkovic combined to close out the 9-6 victory.

“A lot of games are going to come down to the wire, just like tonight,” head coach Jim Morris said. “We have to get it done late.”

The two teams will return to Alex Rodriguez Park for the second game of the midweek series Wednesday. First pitch is set for 6 p.m.