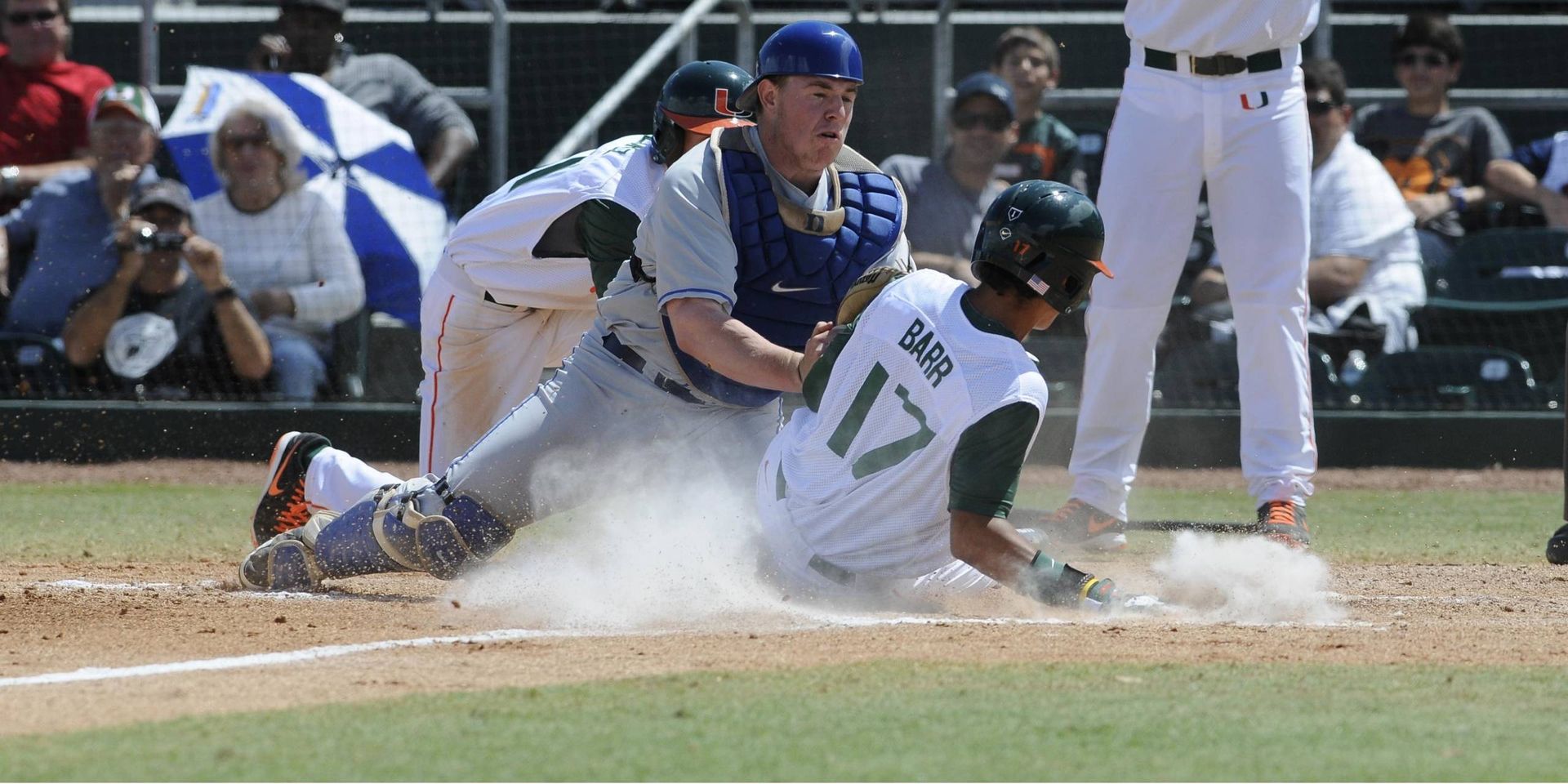 CORAL GABLES, Fla. – The Miami Hurricanes fell behind visiting Illinois State early and couldn’t recover in time, dropping their midweek affair by a final score of 17-6.

The Redbirds chased Miami starter Eric Whaley (0-1) out of the game after only 2.0+ innings. The senior righthander, making his first start of 2013, was tagged for a season-high five runs on eight hits.

“I’m just not hitting my spots, I’m leaving the ball over the plate too much,” Whaley said. “That’s pretty much all it is.”

After Illinois State centerfielder Chad Hinshaw connected for a grand slam off sophomore reliever Alexander Fernandez in the third inning, the Hurricanes (13-5, 1-2 ACC) were facing an early 9-0 deficit at Alex Rodriguez Park at Mark Light Field.

But Miami would respond with four runs of its own in the bottom half of the third, batting around the order with a four-hit inning.

With the bases loaded on a walk from Dale Carey and singles from freshmen Christopher Barr and Brandon Lopez, junior Alex Hernandez connected on an RBI groundout to short that plated Carey. A balk from Redbirds’ starter Brad Sorkin (3-1) plated Barr from third, while RBI singles from junior Brad Fieger and Alex San Juan cut the lead to 9-4.

The single from San Juan extended his hitting streak to six consecutive games.

“We battled back that inning,” senior Chantz Mack said. “I guess that’s one positive from tonight. We didn’t give up, we battled back. But the game got out of hand.”

That was as close as Miami would get, as the Redbirds would tag the Hurricanes bullpen for eight more runs. After Miami’s four-run third, the Redbirds responded with three in the fourth and five in the fifth, regaining a commanding lead.

“We battled back with four runs, got some momentum going, and we turn and give up three more runs and then five runs,” head coach Jim Morris said. “We buried ourselves tonight.”

Miami returns to Alex Rodriguez Park on Wednesday for the second game of the midweek set with Illinois State. First pitch for the game, scheduled for broadcast on WVUM 90.5, is set for 6 p.m.