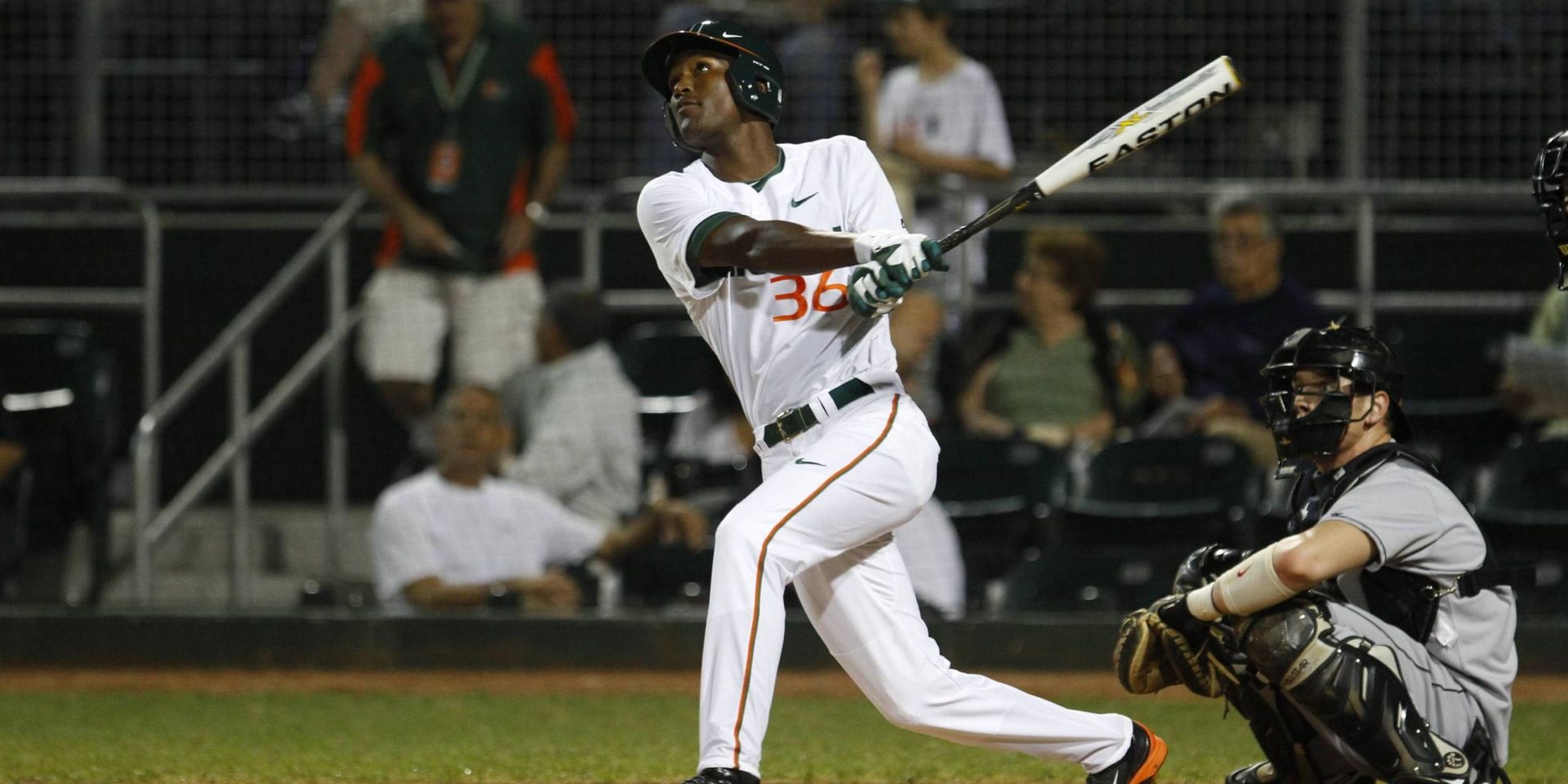 CORAL GABLES, Fla. – The No. 20 Miami Hurricanes used a five-run sixth inning to power their way past Milwaukee Sunday, finishing off the series sweep with a 7-6 victory.

The Hurricanes, trailing since the second inning of the game, delivered clutch hits in the decisive frame to stay unbeaten at a perfect 7-0. Miami now stands as of only four schools from the Atlantic Coast Conference with an unblemished record through the first two weekends of the regular season.

“I’m proud of our guys to come back,” head coach Jim Morris said. “In that sixth inning, we scored five runs with two outs. That’s tough.”

Junior Alex Hernandez opened the action in the sixth with a single, while senior Chantz Mack was plunked by an offering from righthander Eric King to give Miami two men on base. After an RBI double from Brad Fieger plated Hernandez to cut the Canes’ deficit to 4-2, senior Michael Broad tied the game with a chopper through the left side of the infield that plated Mack and Fieger.

After Broad’s big hit, King was pulled in favor of righthander Jake Long. Despite the pitching change, junior Dale Carey continued the Canes’ late surge of momentum. Mired in a slump to start the season, the Marietta, Ga., native belted a two-run homerun over the left field wall, his first of the season, to give the home side a 6-4 lead.

“I saw him pitch to Broad and he doubled up on sliders,” Carey said. “I saw the slider again and I sat on it. I did a good job of hitting it and putting it in play.”

Suarez completed another impressive weekend for Hurricane starters, who allowed three earned runs total on the weekend. Through six starts, Miami’s weekend rotation boasts a 4-0 record and a miniscule 0.80 ERA.

Miami might have been trailing by more early on if not for the fantastic play of freshman Ricky Eusebio, who was making his first career start in left field. The Miami, Fla., made two nice catches in the second frame, including an inning-ending diving catch. He would add another diving grab in the fifth inning.

“We take pride in our defense here,” Eusebio said. “Gino [DiMare] is always on us to make some plays for our pitchers, and that’s what we try to do. I’m glad I made the plays.”

Despite strong relief appearances from Frank Grandinette (1-0) and Eric Nedeljkovic, the situation would get tense in the ninth, as closer AJ Salcines hit two batters and allowed a double to Jonathan Capasso. Though the Panthers scored two runs to close the deficit to 7-6, shortstop Brandon Lopez turned the final play of the game on a quick throw to second base. Salcines closed out his first save of the season in the victory.

The Hurricanes return to the diamond Tuesday, when they battle visiting St. Thomas at Alex Rodriguez Park at Mark Light Field. First pitch is set for 6 p.m.