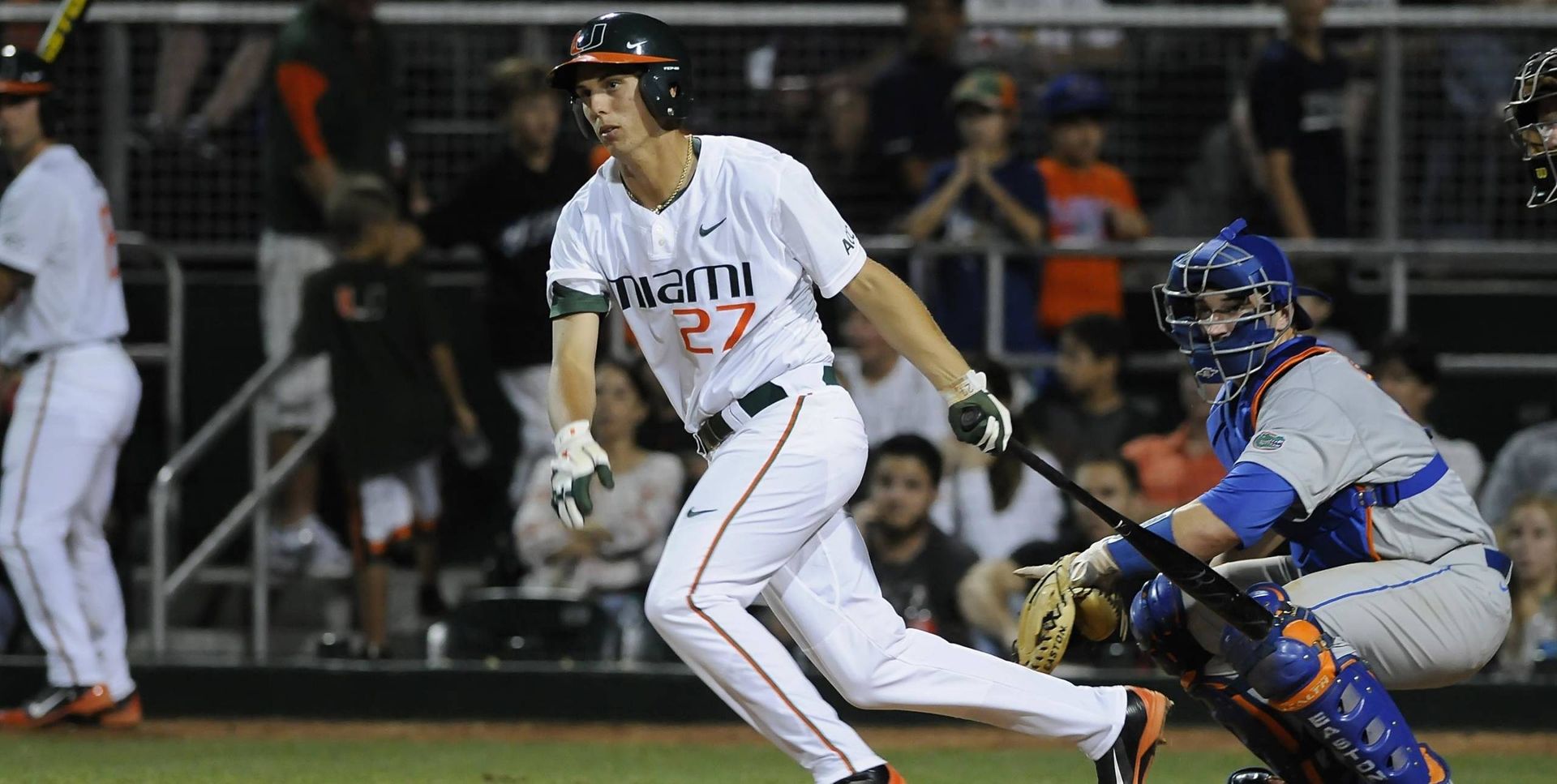 No. 20 @CanesBaseball Stays Unbeaten with Win

CORAL GABLES, Fla. – The No. 20 University of Miami baseball team continued its hot start to the season Friday, capturing the series opener with visiting Milwaukee by a final score of 6-1.

A four-run first inning gave the Hurricanes an early lead they would not relinquish, as sophomore lefthander Chris Diaz (1-0) provided the hosts another strong start. With the win, Miami improved its season record to a perfect 5-0, including a 4-0 mark at Alex Rodriguez Park.

Leadoff hitter Tyler Palmer got the offense started early with a bunt laid perfectly down the third-base line. After junior Alex Hernandez was plunked by an offering from Milwaukee righthander Cale Tassi (0-1), senior Chantz Mack laid down another good bunt to load the bases.

Freshman David Thompson, who provided late-game heroics in Miami’s win over FAU Wednesday, then connected on a two-RBI double to give the Hurricanes a 2-0 lead. A hard-hit ball from junior Brad Fieger would add to the Panthers’ early struggles, as third baseman Sam Koenig’s error plated Mack from third.

Thompson would eventually score on an overthrow from catcher Will Fadness that found its way into centerfield. By the time Diaz returned to the mound to start the second inning, his team was already sporting a 4-0 advantage.

The Florida City, Fla., native did well to protect the lead, allowing only one run in his six innings of work. Despite scattering six hits, Diaz benefited from a season-high four double plays turned by the Miami infield. Newcomers Brandon Lopez and Alex Hernandez, who have helped the Hurricanes soar to the top of the Atlantic Coast Conference in fielding percentage, were impressive up the middle once again for head coach Jim Morris’ club.

Hernandez helped Miami add two insurance runs in the seventh, as his one-out single extended his personal hitting streak to five straight. After Hernandez advanced two bases on separate wild pitches, Thompson drove the junior in with his second double of the night, giving the Hurricanes a 5-1 advantage. Back-to-back, opposite-field singles from Fieger and Alex San Juan upped Miami’s lead to five runs.

The Hurricanes return to the diamond Saturday for the “Remembering Ron Fraser” Game at Alex Rodriguez Park. First pitch against Milwaukee is set for 7 p.m.