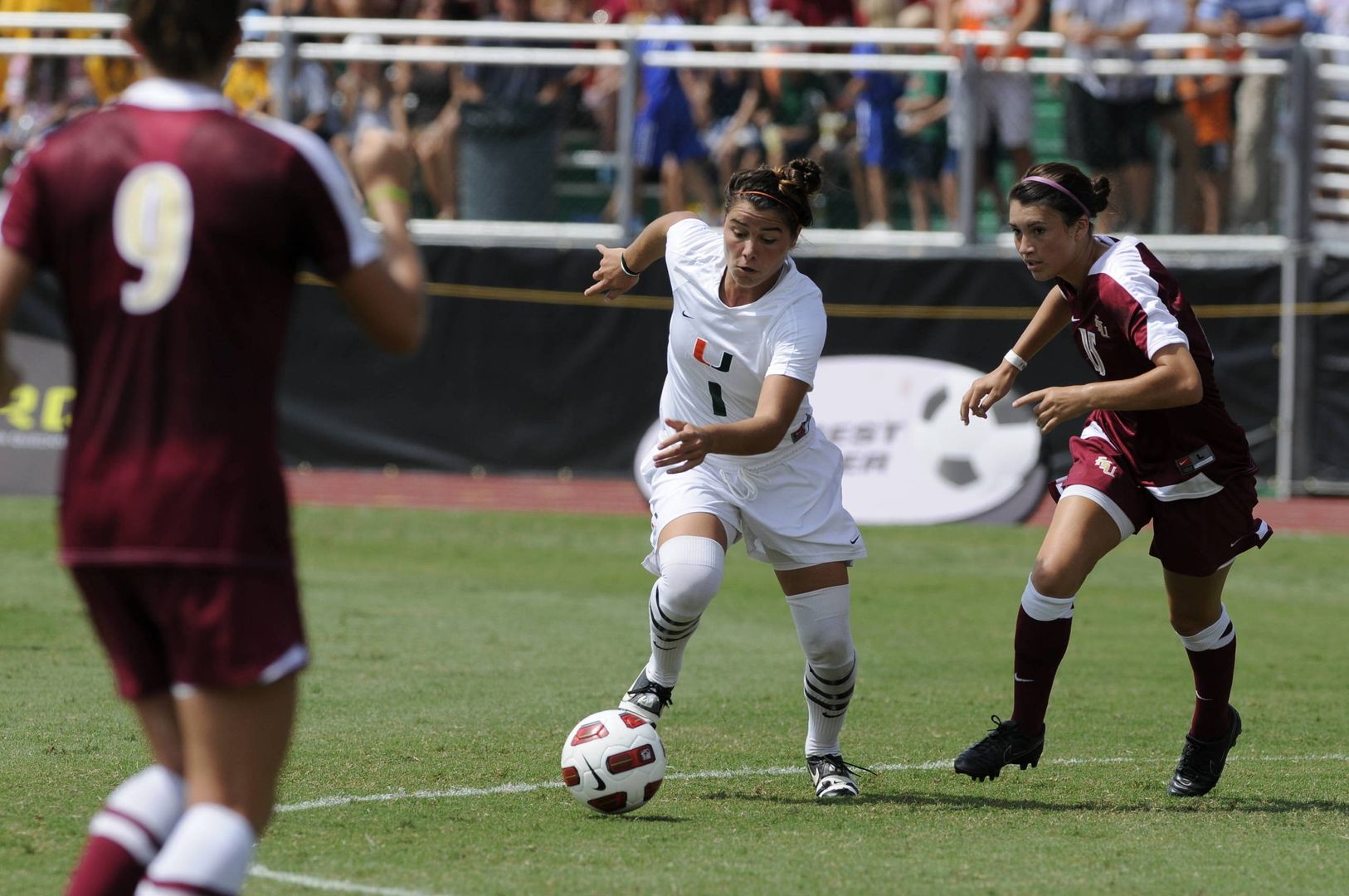 Howarth started and played in all 19 games of the 2011 season, capping a successful junior campaign with 11 goals and seven assists on the season. She led the team with 29 points and 45 shots, including three game-winning goals.

An integral part of the Canes offense, Howarth scored two goals in games against Maryland (Oct 16), Clemson (Sept 15), Duquesne (Sep 04), and Monmouth (Aug 21). After her 2010 season was cut short by a broken fibula and dislocated ankle, Howarth used her 11-month recovery time to come back stronger than ever.

She ranked fourth in the ACC at 1.53 points per game in 2011. She was also awarded ACC Player of the Week honors Oct. 18, after UM took down Top-10 ranked opponents Boston College and Maryland. That same week, she was named to three other Player of the Week lists: Disney Soccer/NSCAA, SoccerSavings.com/Soccer News Net Women’s College, and CollegeSoccer360.com’s National Primetime

In 2009, she played in 17 games and earned seven starts. She scored a hat trick against Ball State on Aug. 28 and ended the season with six points, placing her third on the team.

Before her injury in 2010, Howarth scored four goals (second on the team) and tallied 34 shots in her 10 appearances.

The Canes made it to the second round of the NCAA Tournament before falling 1-0 to Long Beach State. The second round appearance marked the deepest the Canes have ever made it into the tournament under first-year head coach Tom Anagnost.