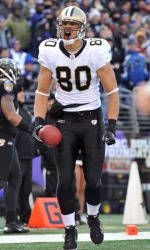 CORAL GABLES, Fla — The Monday Morning ProCanes report will weed through all the NFL highlights and news to bring you the information you care about the most… what the former University of Miami Hurricanes did during the weekend prior. Denver Broncos’ running back Willis McGahee had the most important performance of anyone Sunday, as he officially stretched the streak to 142 consecutive regular season weeks with a former Hurricane in the endzone.

Along with McGahee’s touchdown came countless other key contributions throughout the day, but five Hurricanes in particular dominated the highlight reels in Week 3:

Three weeks into the 2011 NFL season, Andre Johnson has found himself on every Monday morning report to date. Despite his team’s disappointing 40-33 loss to the New Orleans Saints, Johnson did all he could for the visiting Texans with seven receptions and 128 yards. With week three in the books, the Miami native is now on pace for over 1,680 yards, which would break his personal record of 1,575 (2008). Johnson is also closing in on 10,000 career yards (9,480), a mark that only 34 other pass catchers in NFL history have ever reached.

In rookie quarterback Cam Newton’s first career win, it was the Carolina Panthers’ fifth-year tight end who stole the show. Greg Olsen, who had a quiet Week 2 with only one catch against Green Bay, exploded for seven catches and his first touchdown of the year against Jacksonville. His 16-yard touchdown, which came with less than five minutes to go in the fourth quarter, displayed the type of athleticism that earned him a first-round selection in the 2007 NFL Draft. Olsen also made a tremendous grab on the ensuing two-point conversion, which put the Panthers up for good by the final score of 16-10.

New Orleans, who squeaked out a 40-33 win at home over the upstart Houston Texans, relied heavily on Jimmy Graham down the stretch at the Superdome. The second-year tight end, who was held without a catch in the first half, exploded for catches of 32, 27, and 28 yards in the second half, including a 27-yard touchdown on a perfect pass from quarterback Drew Brees. Graham’s 28-yard catch with just under three minutes left in the game set up the Saints for the deciding score, and put the tight end at the 100-yard mark for the first time in his career.

Kenny Phillips, facing a tough test against Michael Vick and the potent Philadelphia offense, had a breakout day in the Giants’ secondary that helped guide New York to a 29-16 win. Phillips matched a season-high and tied for the team-lead with nine tackles, two ahead of fellow safety and former Hurricane Antrel Rolle. After dropping a potential interception earlier in the game, the fourth-year safety made amends, recording his first interception of the season late in the fourth quarter that sealed a key division win for the Giants.

If the Baltimore Ravens were making a statement in Sunday’s win over the St. Louis Rams, it was Ray Lewis who delivered the game’s exclamation point. With just over five minutes to go in the game, the Ravens’ 36-year-old linebacker sacked Rams quarterback Sam Braford and forced a fumble, the 16th of his career, which was returned for a Ravens touchdown. Lewis surpassed 1,200 tackles for his career with 10 more in Sunday’s 37-7 romp of the Rams.

Week 3 is not over yet for former Hurricanes. The Washington Redskins (Santana Moss, Rocky McIntosh, and Leonard Hankerson) will take on the Dallas Cowboys on Monday Night Football, with kickoff set for 8:30 p.m. on ESPN.