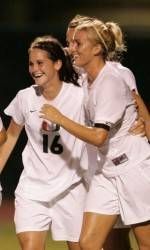 Coming off a scoreless, double overtime draw at Maryland last Sunday, the Hurricanes welcome the Tigers with an overall record of 7-5-1 and a 1-4-1 mark in league play. Miami has successfully defended the confines of Cobb Stadium this season posting a 5-1-0 record in home matches while outscoring opponents by a total of 9-2.

The Hurricanes – who knocked off Clemson 1-0 last season on the road – and Tigers have split each of the previous two contests.

Tickets are just $5 dollars for adults and $3 dollars for children and senior citizens. For ticket information please contact the Hurricane Ticket Office online at www.hurricanesports.com or at 1-800-GO-CANES.