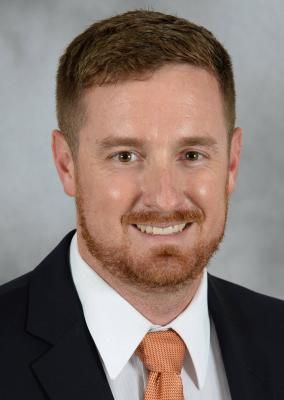 Dustin West is in his fourth year as an Assistant Athletic Trainer for football at the University of Miami. He joined Vinny Scavo’s staff in June 2012.

Prior to arriving in Coral Gables, he was a graduate assistant trainer for football at Auburn from 2010-12. He was a student athletic trainer for the Middle Tennessee men’s basketball team during the 2009-10 season.

In addition, West served as a training camp intern with the New Orleans Saints during training 2009.

The Gray, Tenn., native graduated in 2010 from Middle Tennessee with a bachelor’s degree in athletic training and later graduated in 2012 from Auburn with a master’s in higher education.