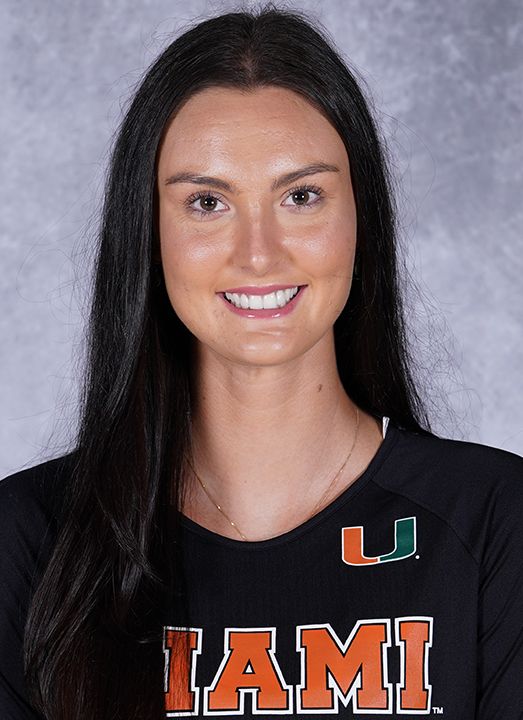 2021 (Junior): Saw action in all 30 matches, starting 25… played in 105 of 107 total sets… ranked sixth in the ACC in the regular season in kills per set with 3.73… ended the regular season ranked seventh in the conference with 377 kills… finished the regular season with 4.20 points per set, fifth most in the ACC… posted 424 points in the regular season, ninth most in the conference… shot up to eighth in program history with 4.10 points per set in her career… moved to seventh in the school record book with 0.30 career aces per set… ranks seventh in Miami history with a career kills per set mark of 3.50… totaled five aces at Virginia Tech (10/24), the sixth most in a three set match and seventh in a contest in school history… her 20 kills against Virginia (10/17) are the fourth most in a three set game in the program record book… led Miami in kills in 17 games, attacks in 21 matches and points in 13 contests… led the Canes on the year with 396 kills and 3.77 kills per set… posted a season attacking percentage of .221… tallied 24 aces, 90 digs and 47 blocks… notched double-digit kills in 25 matches… hit a single-match career-high .667 against Virginia (10/17) with 20 kills on 27 attacks… her 23 kills, 67 attacks and 24.5 points at Florida State (11/19) were the most by a Hurricane in a match.