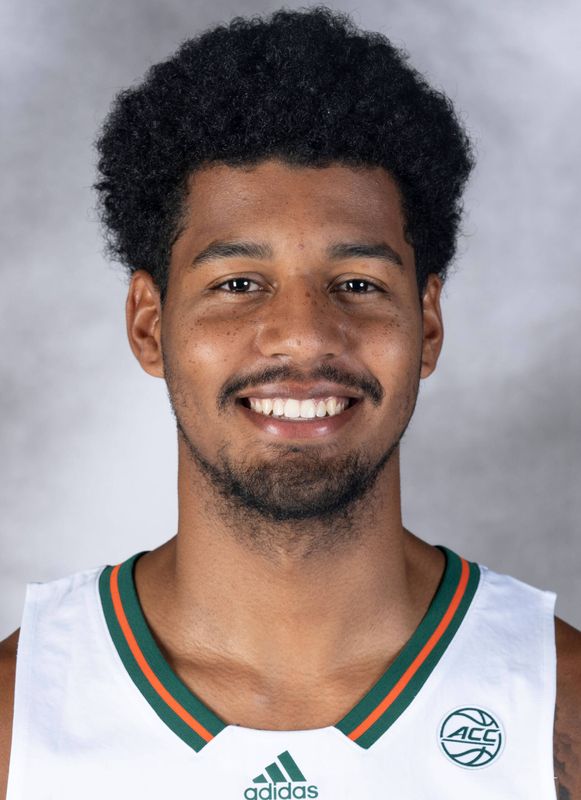 As a Third-Year Sophomore (2021-22): Played in four games … Missed the final 30 contests due to a lingering back injury that required surgery … Notched seven rebounds, five assists, two points and two steals on the year … Posted four rebounds and two assists in a season-high 12 minutes in the opener against Canisius (11/9) … Tallied a pair of steals versus UCF (11/13) … Scored his first points of the season on a dunk against Dayton (11/25) in Kissimmee, Fla. … Shut down for the season at the end of November.

High School: Graduated from Montverde Academy (Fla.) … Consensus four-star recruit … Tabbed as the No. 42 prospect nationally by Rivals, including ninth among shooting guards … Ranked No. 69 in the country by 247Sports and No. 55 by ESPN … Averaged 14.0 points per game in his lone year at Montverde, aiding the team to a 22-3 record and a No. 4 spot in the USA TODAY Super 25 Expert Rankings … Scored a team-high 23 points in the GEICO Nationals semifinals against national champion IMG Academy … Led Southfield Christian (Mich.) to the Class D state championship during his junior season, tallying 23 points, seven rebounds, four assists, eight blocks and six steals in the title game … Earned Associated Press Class D Player of the Year honors after averaging 16 points, six rebounds, six assists and three steals per game … Helped his team to the Class D semifinals as a sophomore … Attended University of Detroit Jesuit as a freshman and scored 51 points in a junior varsity game … Former Montverde basketball players include Precious Achiuwa, RJ Barrett, Joel Embiid, Luc Richard Mbah a Moute, D’Angelo Russell and Ben Simmons … Roommate of Achiuwa, now with the Toronto Raptors, during their year together at Montverde.