Miami (2-0) got a game-high 19 points from fifth-year senior guard Jordan Miller, who shot 8-of-12 overall, including and 3-6 beyond the arc, and pulled down seven rebounds.

The Hurricanes used a late 11-0 run, including back-to-back-to-back 3-pointers, to cement their advantage and went on to grab a cushion as high as 15 on the way to the 14-point triumph.

Miami shot 13-of-27 (48.1 percent) on 3-pointers in the win, including a dazzling 10-of-17 (58.8 percent) in the second half alone. In addition to Miller, fourth-year junior guards Harlond Beverly and Isaiah Wong both hit three shots from deep, the former doing so for the first time in his career. 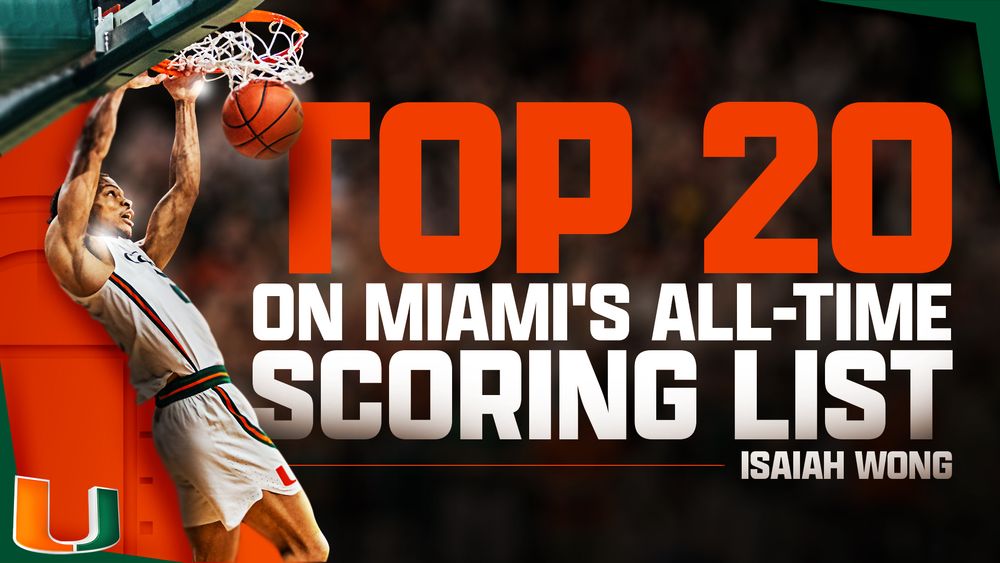 MIAMI HURRICANES POSTGAME NOTES
– The Hurricanes won their fifth straight game when trailing at halftime, a streak that dates back to 2/9/22 against Georgia Tech.
– After 1,505 students attended Miami’s season opener, the Hurricanes nearly equaled that number Friday with 1,475 in the stands.
– Omier is the first Hurricane with back-to-back double-digit rebounding performances since Kameron McGusty on 11/26/21 against North Texas and 11/28/21 versus No. 10/9 Alabama, both in Kissimmee, Fla.
– Wong passed John Salmons (1998-2002), Willie Allen (1968-71) and Joe Wylie (1988-91) on Miami’s all-time scoring list, moving up three spots from No. 21, as he now owns 1,299 points.
– Prior to Friday, Beverly had just four games in his career with multiple made 3-pointers, as he did so twice in 2019-20 and twice in 2020-21.
– Freshman forward Danilo Jovanovich did not dress due to illness.
– Bam Adebayo, Carlos Boozer, James Bouknight and Jack McClinton all sat courtside at the Watsco Center. 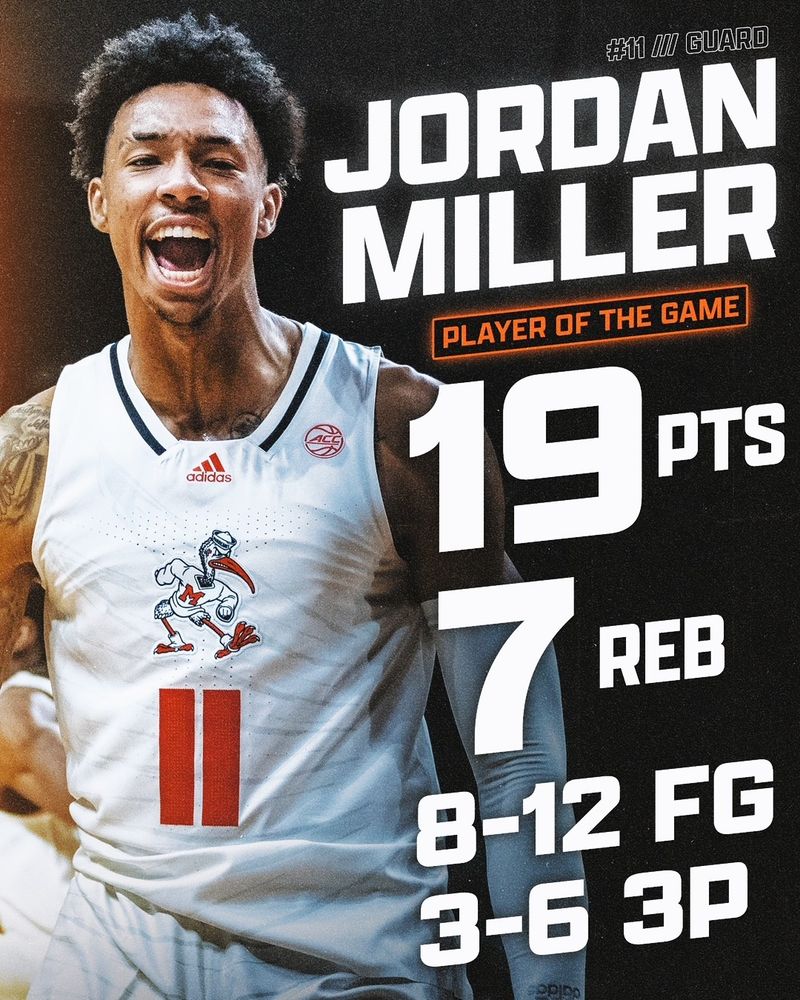