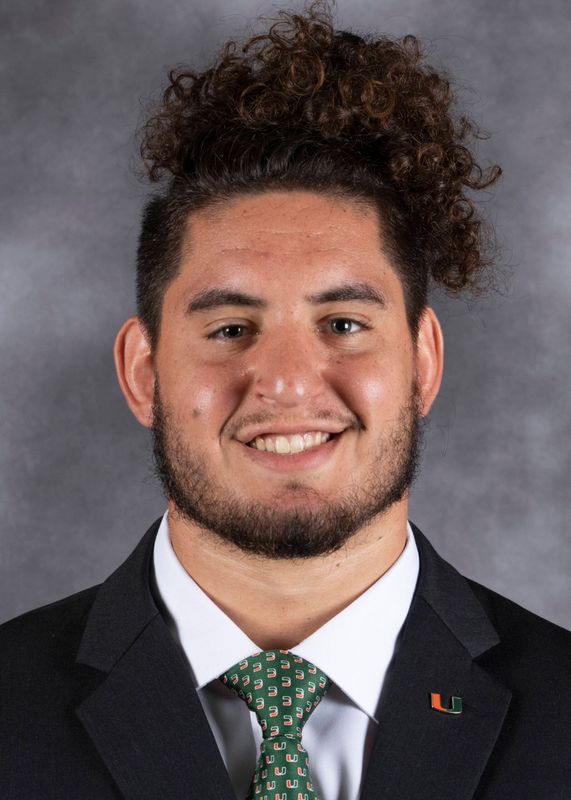 2022 (Sixth-Year Redshirt Senior): Made Miami debut in season opener against Bethune-Cookman (Sept. 3), blocking a field-goal attempt…Added one solo tackle, one sack and one TFL in win over Southern Miss (Sept. 10)…Recorded two tackles, including one solo against North Carolina (Oct. 8)…Had one tackle in win at Virginia Tech (Oct. 15)…

Before Miami: Spent first five seasons of career at USC…Enjoyed breakout season in final year with Trojans in 2021, finishing with 28 total tackles, six tackles for loss for 17 yards and four sacks totaling 11 yards…Ranked third on team in both tackles for loss and sacks in final campaign…Had 15 tackles with two tackles for loss as redshirt freshman in 2018…Redshirted 2017 season with Trojans but was named Co-Defensive Service Team Player of the Year.