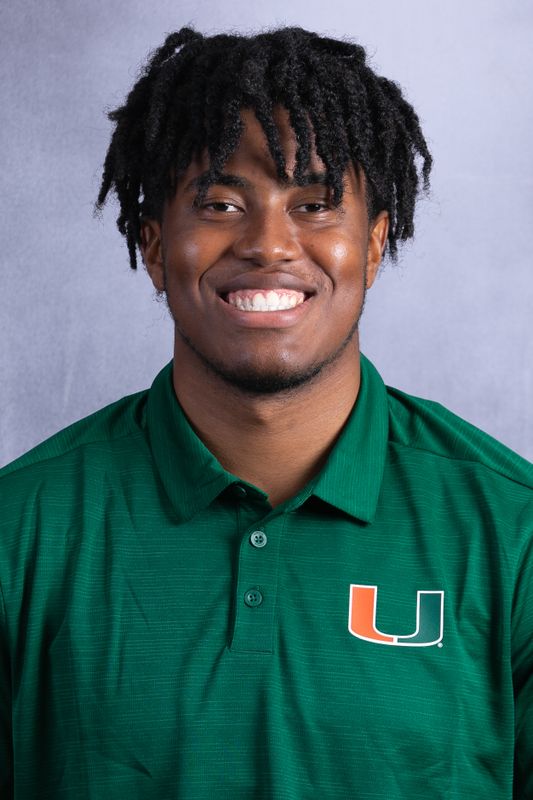 High School: A consensus four-star prospect by 247Sports Composite, ESPN and Rivals…Rated No. 197 in the ESPN300 Rankings…Ranked the No. 20 defensive end nationally and No. 31 player in Florida by ESPN… Listed as the No. 224 overall player in the 247Sports Composite Top247…Rated the No. 15 weakside defensive end in the country and No. 32 player in Florida by 247Sports Composite…Ranked the No. 221 player in the Rivals Top 250…Listed as the No. 12 strongside defensive end nationally and No. 32 player in Florida by Rivals…As a junior, led Columbus to a Florida Class 8A state championship…Recorded 46 tackles, 8.0 tackles for loss and 3.0 sacks in junior season…High school teammate of fellow signee Ryan Rodriguez…Son of Miami strength and conditioning coach Victor Ishmael…Chose Miami over offers from Florida, Florida State, Georgia Tech, Indiana, Michigan, Mississippi State, Northwestern, Notre Dame, Ole Miss, Oregon, Penn State, Syracuse, Tennessee, Texas A&M, UCF, Utah and Vanderbilt, among others.