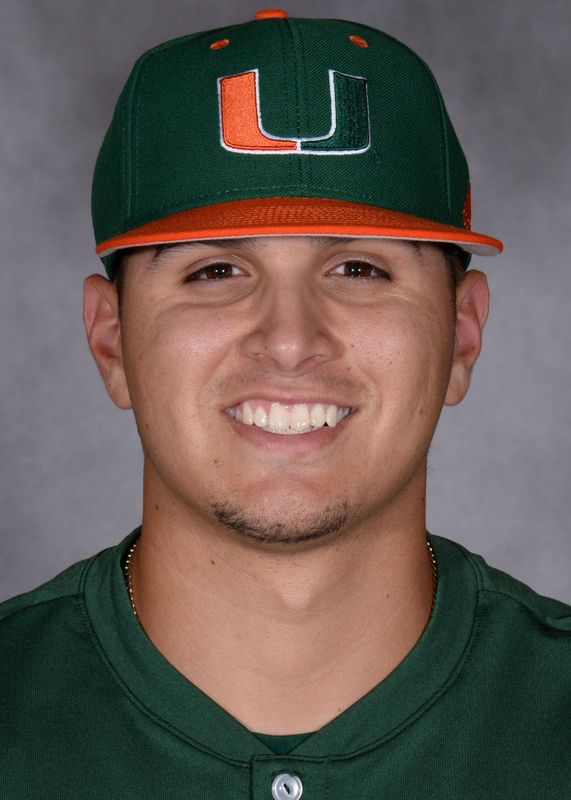 Redshirt Senior (2018): Saw action in 28 games with 21 starts in final season…Batted .197 with 15 hits, one double, two triples, two home runs and nine RBI…Totaled three multi-hit games and three multi-RBI games…Collected pinch-hit single in first at-bat of season vs. Rutgers (Feb. 18)…Started vs. Missouri (Feb. 21) and finished 1-for-2 with first triple of career…Started in series opener against Florida (Feb. 23) and finished 2-for-4 with first home run of career and two RBI…Homered in 1-for-5 performance at FAU (Feb. 28)…Had career-best three-hit game (3-for-3) with two RBI against Maine (March 3)…Went 1-for-3 with one double and one run at Duke (March 18)…Scored one run and finished 1-for-4 with one RBI vs. FAU (March 21)…Had multi-hit performance (2-for-4) at Georgia Tech (March 30)…Scored run in finale at Virginia Tech (May 13).

Redshirt Junior (2017): Saw action in 11 games and made two starts…Began season as pitcher before moving to field…Made two appearances at catcher, one at shortstop and three at third base…Made Miami debut on hill against Rutgers (Feb. 19)…Pitched against FIU (March 7)…Recorded first RBI in win over St. Thomas (April 5)…Had first-career hit in first start against FIU (April 26)…Drew one walk at Boston College (April 28).

Before Miami: Pitched 2016 season at Miami-Dade College…Recorded 2.70 ERA in 53.1 innings with Sharks…Struck out 38 batters…Redshirted 2014 season at FIU.

Personal: Parents are Humberto and Beatriz…Has two brothers, Jovan and Justin…Has three sisters, Karina, Angelique and Chloe…Intends to major in criminology with a minor in communications.