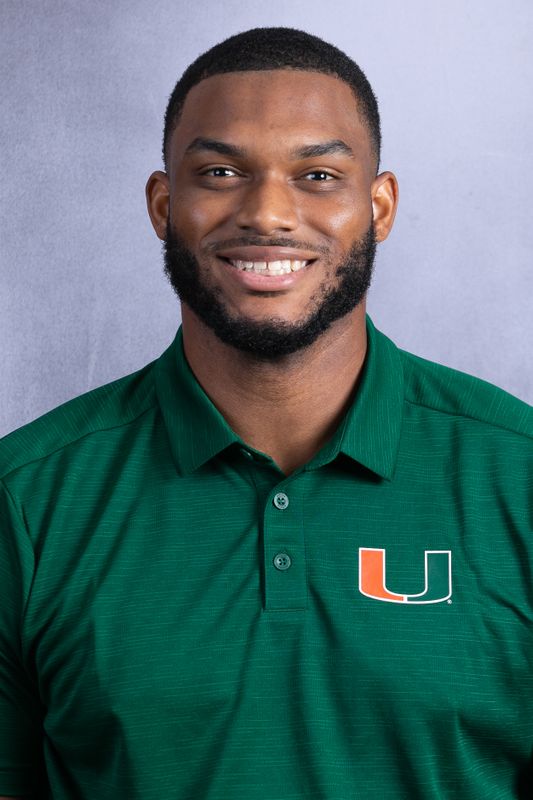 Before Miami: Transferred to Miami from Houston…Saw action in four games in 2019 before suffering season-ending injury…Started 13 games at right tackle for Cougars in 2018…Was part of 2018 front that didn’t allow a sack against Rice, against Arizona, Texas Southern, Tulsa or Navy … Helped block for an offense that finished the season ranked fifth nationally in scoring offense (43.9 points per game), seventh in total offense (512.5 yards per game), 16th passing offense (295.5 yards per game) and 24th in rushing offense (217.1 yards per game)…Appeared in three games in 2017, making two starts at Tulane and vs. ECU at left tackle…Saw action in eight games in 2016…Redshirted 2015 season.

High School: Two-year letterman at Cedar Hill High School … helped lead team to back-to-back Texas 6A state championships and a No. 9 nationally ranking in 2014 … had 74 solo tackles and 109 total tackles while on the varsity team … named second team all-district in 2014 … caused three fumbles while on the varsity team … helped Cedar Hill to a record of 28-4 while on varsity squad … two-star recruit by Rivals, Scout and 247Sports.