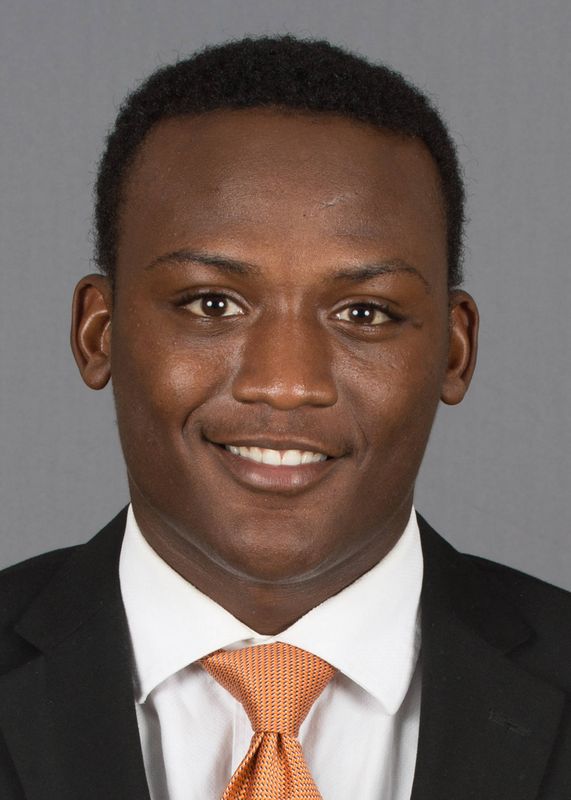 2017 (Redshirt Junior): Saw action in nine games and made one start…Caught 10 passes for 92 yards with two receiving touchdowns…Made first start of career in win vs. Toledo (Sept. 23) and hauled in two receptions for 16 yards, including first career touchdown catch…Saw action in win over Syracuse (Oct. 21)…Had three catches against Notre Dame (Nov. 11)…Had season-high 43 receiving yards, including 36-yard touchdown catch, against Virginia (Nov. 18)…Caught three passes totaling 29 yards at Pittsburgh (Nov. 24)…Saw action in ACC Championship Game against Clemson (Dec. 2) and in Capital One Orange Bowl against Wisconsin (Dec. 30).

Before Miami: Spent 2015 season at Copiah-Lincoln Junior College in hometown of Jackson, Miss.

High School: Rated a 4-star recruit and the No. 53 wide receiver in the country by ESPN … Ranked the eighth-best player in Mississippi by ESPN…Ranked a three-star recruit and the No. 65 wide receiver nationwide by 247Sports…A Class 5A All-State selection as a kick returner by the Mississippi Association of Coaches as a senior…Also tabbed All-Region 2-5A by the MAC and All-Metro second team at wide receiver by The Clarion-Ledger…Listed No. 17 on The Clarion-Ledger’s Targeted 22 list…Had 42 catches for 564 yards and seven touchdowns as a senior, while racking up 1,034 total all-purpose yards…Led Callaway to a school-record 14 wins and the 5A North Half Finals…Recorded 31 catches for 490 yards and seven TDs as a junior…Coached in high school by Daryl Jones…Also played basketball and ran track.