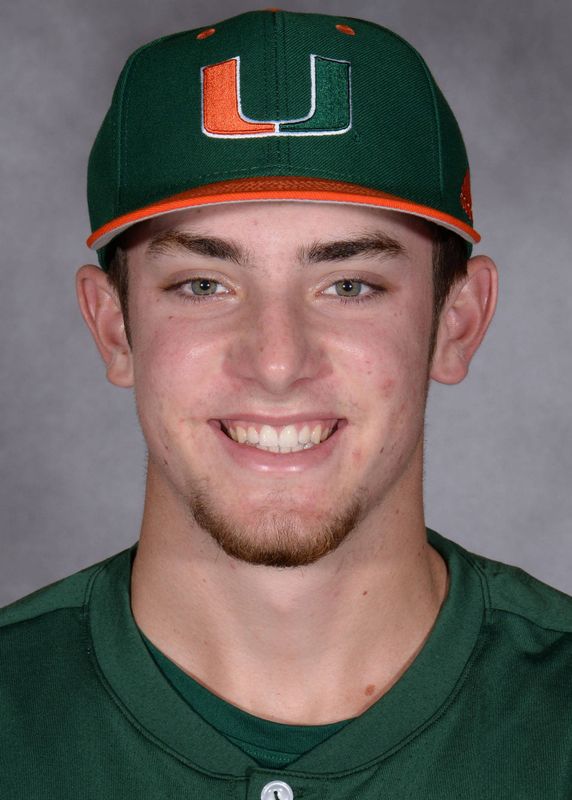 Sophomore (2018): Made just one appearance in injury-plagued season…Struck out one batter in lone appearance vs. Missouri (Feb. 21).

True Freshman (2017): Made seven appearances in first season, all in relief…Totaled 8.38 ERA in 9.2 innings…Struck out 13 batters and walked six…Made career debut with 1.0 inning against Rutgers (Feb. 19)…Tossed scoreless inning against FIU (March 7), striking out two batters…Threw 2.0 scoreless innings with career-high five strikeouts in win over St. Thomas (April 5), including immaculate eighth inning…Saw action in Game 1 of doubleheader at Pittsburgh (April 14), throwing 2.0 innings and allowing two runs with two strikeouts…Struck out one batter and did not allow any runs in final appearance of season. 2.0-inning stint at Virginia in Game 2 of doubleheader (May 13).

Personal: Parents are David and Deborah Rivero…Father David is Chief of Police at University of Miami…Has two sisters, Deanna and Devin…Intends to major in criminology.