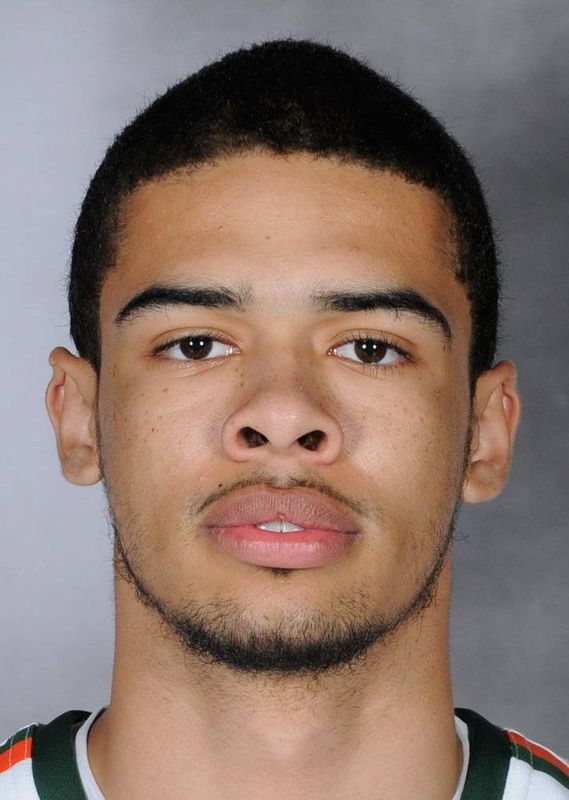 As a Freshman (2011-12)
Redshirt season after missing most of the fall semester with a foot injury.

High School
A speedy combo guard, known for his high-flying dunks… Has shown improved range after working on his three-point shot… Rated the No. 4 dunker in the 2011 class by Rivals… Also ranked among the nation’s top shooting guards – at No. 29 by Scout and No. 46 by ESPN… As a senior, averaged 18 points, 5 rebounds and 4 assists per game en route to a state semifinals appearance and a 23-3 record… Averaged 13 points, 5 assists and 4 rebounds per game as a junior… Played for the same high school as John Wall, the No. 1 draft pick in 2010 by the Washington Wizards…. Played AAU ball for the CP3 All-Stars… Reconfirmed his commitment to the University of Miami after meeting with Coaches Larranaga and Huger…. Also recruited by Purdue, Tennessee, NC State, Rutgers, Colorado, DePaul and Charlotte.