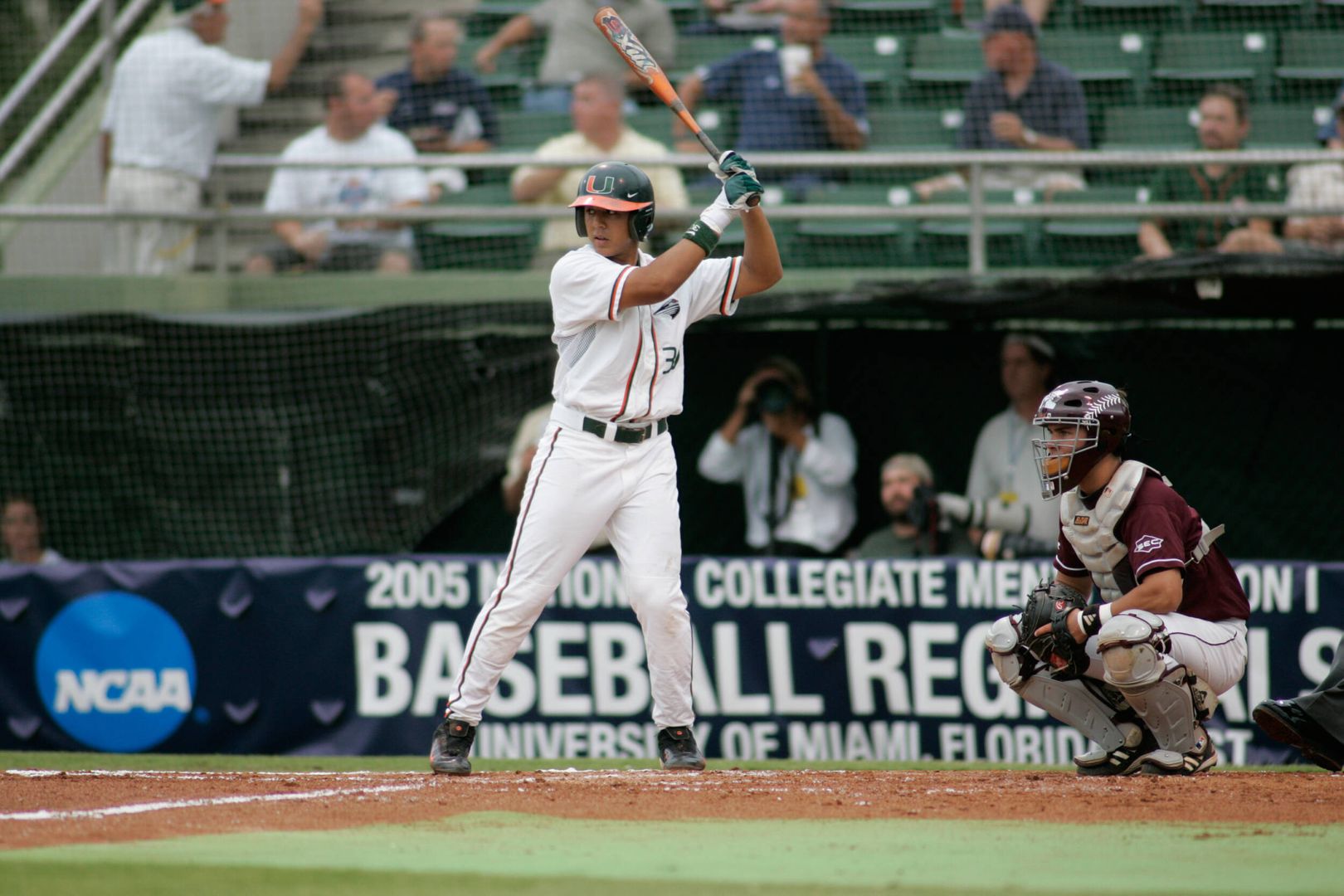 Jay, who played for the Hurricanes from 2004-06 and made the College World Series twice with the program, returns to baseball as the Marlins’ first base and outfield coach for his first professional coaching position after retiring as a player in 2021.

“On behalf of the University of Miami baseball program, we would like to congratulate Jon on his new position as first base and outfield coach with the Miami Marlins,” said head coach Gino DiMare, who recruited and mentored Jay during his time in the orange and green. “Jon is a perfect fit for the Marlins, as he was one of our most coachable players ever to come through our program, along with having one of the highest baseball IQs I’ve ever coached.”

The Miami native played 12 years in the big leagues with eight different teams, including six seasons with the St. Louis Cardinals. A 2011 World Series champion, Jay batted .283 with a .348 on-base percentage in 1,201 career games and posted a .996 fielding percentage.

Prior to being selected by the Cardinals in the second round of the 2006 MLB First-Year Player Draft, Jay totaled a .378 batting average and 254 career hits, which both rank fifth in Hurricanes history. 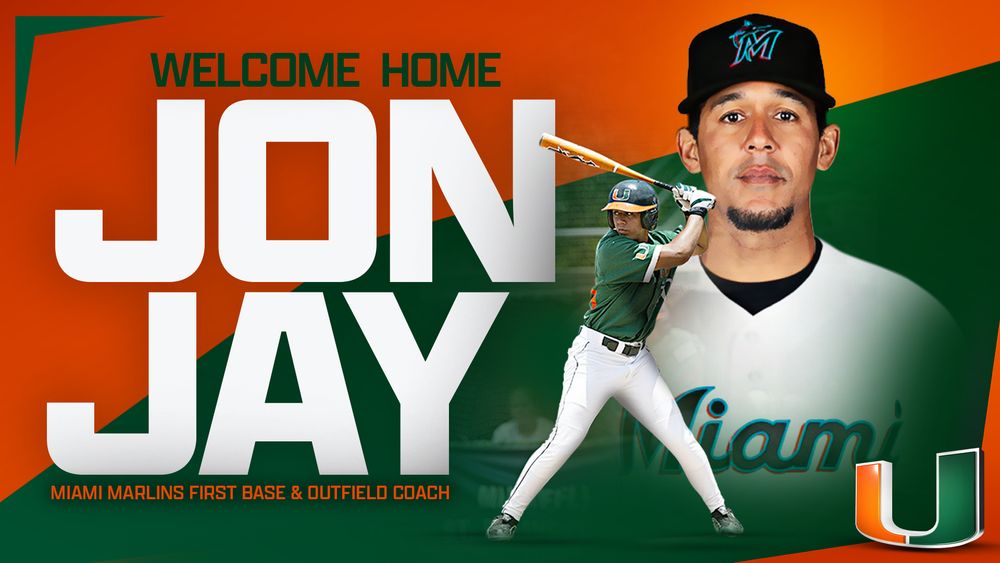 During his junior season at The U, Jay was tabbed a second team All-American by Baseball America and a first team All-ACC pick after leading the Hurricanes with a .361 average, 31 stolen bases, 77 runs scored and a .490 on base percentage.

As a sophomore in 2005, the outfielder paced Miami with a .408 average, one of just 10 players with more than 200 at-bats in a season to top the .400 mark in school history. A third team All-American by Louisville Slugger and first team All-ACC honoree, Jay also notched a team-high .490 on-base percentage and knocked in 52 runs.

Jay and the Marlins open their 2023 slate on March 30, welcoming the New York Mets to loanDepot Park.