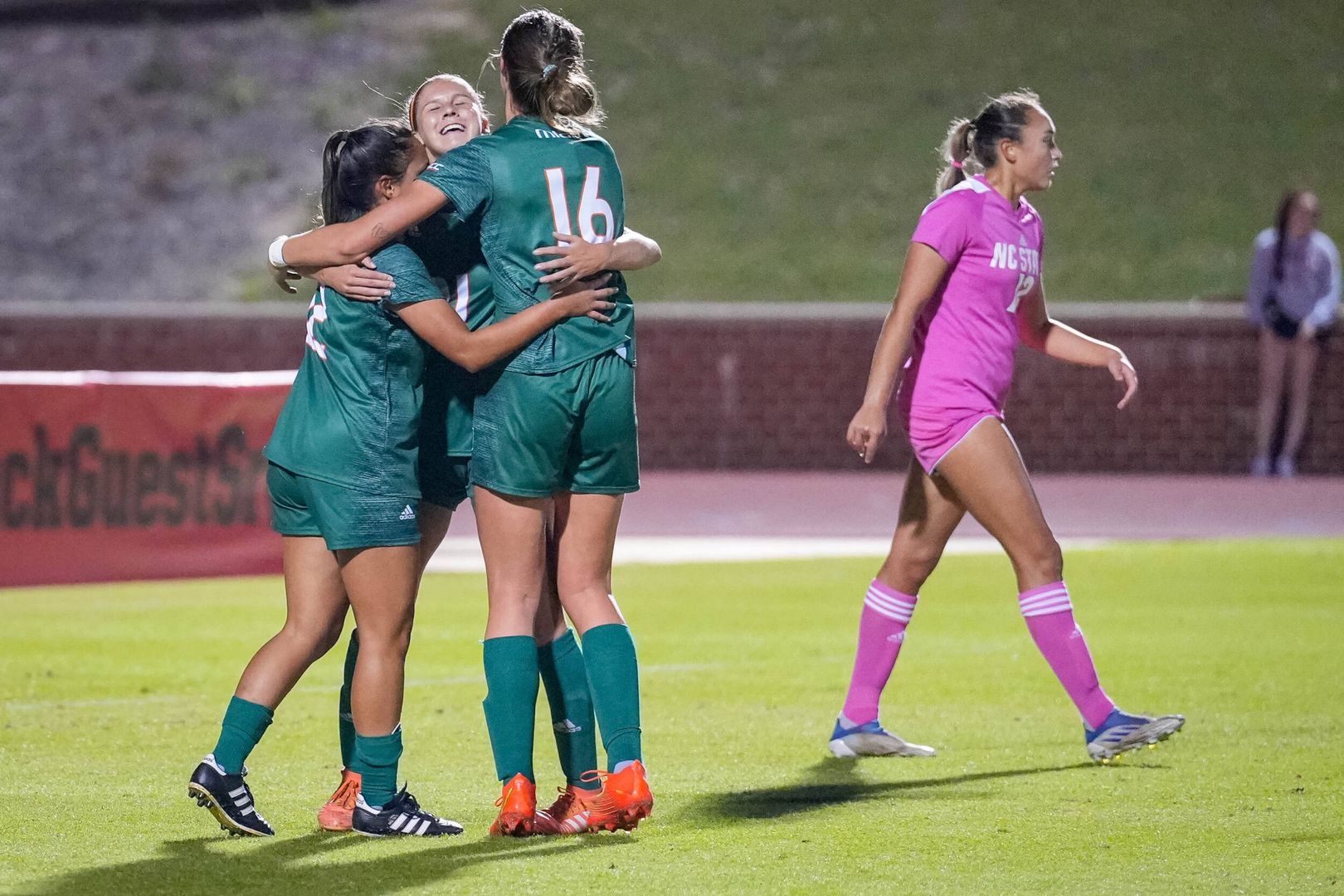 Miami opens up a three-match homestand at Cobb Stadium, beginning with the Boston College Eagles Thursday. The contest is set for 6 p.m. and will air on ACC Network Extra.

Last year at Boston College, forward Jackie Koerwitz scored as time expired, providing the Hurricanes with their first-ever win against the Eagles in Newton and only their fourth victory in the all-time series.

In its final road match of the regular season, Miami earned a point, drawing with NC State, 3-3, at Dail Soccer Field/Track Complex.

O’Neill, who became the first Cane to register a brace since Gudrun Haralz on Oct. 4, 2018, helped Miami record a trio of tallies within an eight-minute span in ACC action for the first time in program history.

Prior to the Hurricanes’ offensive barrage at NC State, Miami last found the back of the net three times in the first 20 minutes of a match versus Morehead State on Aug. 24, 2012.

Melissa Dagenais started her senior campaign without conceding a goal across the first 419 minutes. Dagenais paces the ACC in saves per game (4.5) and ranks second in total saves (59). The 6-foot-1 netminder made a season-best 11 saves against Mississippi State on Aug. 18.

Eighteen Hurricanes have appeared in at least 11 of the first 13 contests. Ten different players have recorded at least two points, with eight Canes finding the back of the net.

Boston College enters Thursday with a 5-6-4 overall mark, including a 1-5-1 ledger in ACC action. Twelve total Eagles have at least one point, led by senior forward Sam Smith.

Smith has a team-leading six goals and 12 points, as well as 16 shots on goal and 29 total attempts.