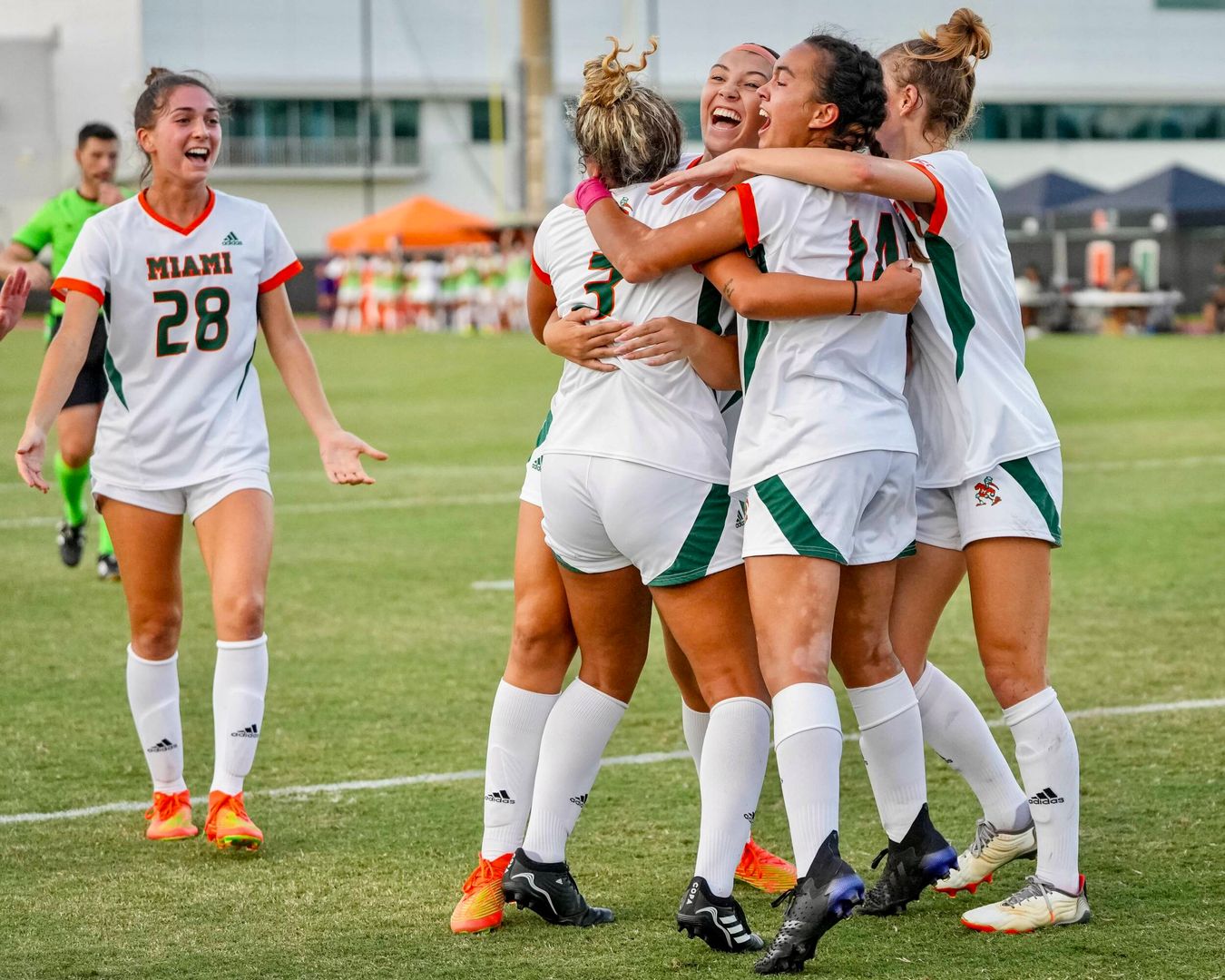 For the final time in the regular season, the Hurricanes play away from Coral Gables, traveling to take on the NC State Wolfpack Saturday evening.

Miami leads the all-time series over NC State, 7-4-2, including a 7-1-2 ledger in the last 10 matchups. In Raleigh, the Hurricanes have won four of the six meetings. The two sides last squared off in 2018.

As of Oct. 14, Miami is fourth nationally in strength of schedule. The Hurricanes have played seven teams ranked in the top 50 in RPI and boast a 3-3-1 mark in those contests.

With their first victory versus the Hokies in six seasons, the Canes collected their first win over a top-25 team since Oct. 24, 2019, when Miami bested then-No. 15 Clemson, 3-2, in double overtime. Under head coach Sarah Barnes, the Hurricanes have knocked off three ranked foes.

Melissa Dagenais started her senior campaign without conceding a goal across the first 419 minutes. Dagenais paces the ACC in saves per game (4.7) and ranks second in total saves (56). The 6-foot-1 netminder made a season-best 11 saves against Mississippi State on Aug. 18.

Eighteen Hurricanes have appeared in at least 10 of the first 12 contests. Ten different players have recorded at least two points, with eight Canes finding the back of the net.

NC State heads into the weekend with a 7-5-3 overall record. The Wolfpack have lost four of their last five ACC affairs after kicking off conference play with a 2-1 win over Wake Forest. NC State is coming off of a 2-0 loss at fifth-ranked North Carolina.

Junior goalkeeper Maria Echezarreta has notched an ACC-best 60 saves. Meanwhile, the Pack are led offensively by senior foward Jameese Joseph, who has totaled a team-leading six goals and 14 points.

Miami returns to Cobb Stadium and opens a three-match homestand, beginning with Boston College Thursday. Kickoff is slated for 7 p.m.