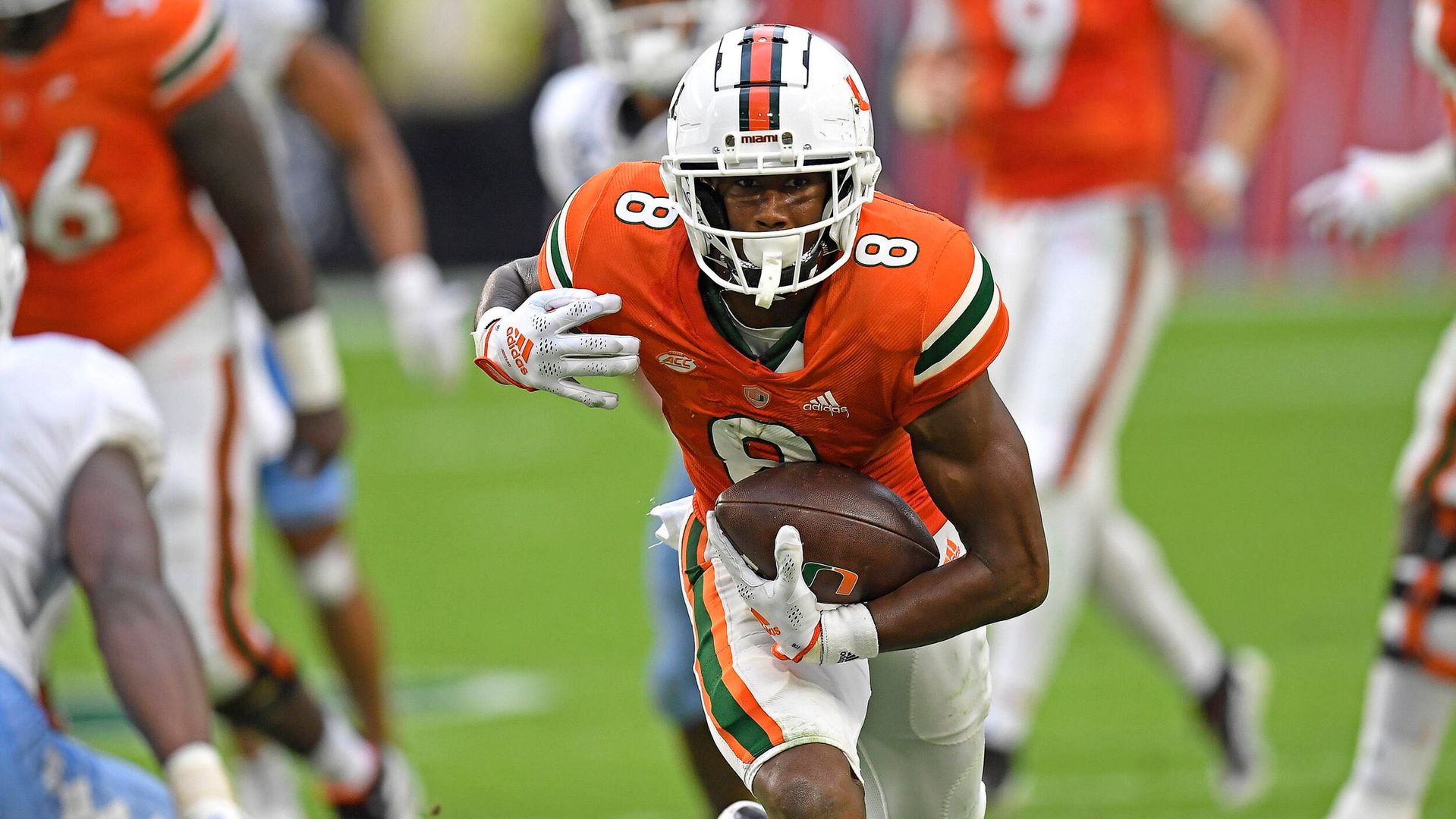 CORAL GABLES, Fla. – The College Sports Information Directors of America and Associated Press announced Wednesday morning the Comeback Player of the Year Award Watch List and it features one member of the University of Miami football team, Frank Ladson, Jr.

A wide receiver from the city of Miami, Ladson is in his first season at The U after transferring in from Clemson. There, he missed the majority of the 2021 season due to injury, but has returned to form as a Hurricane.

Ladson has 16 receptions for 165 yards in his first five outings at Miami. He is third on the team in catches and tied for fifth in yards.

The South Dade High School graduate has started each of the last two contests, amassing 14 catches for 132 yards. He leads Miami in receptions and ranks second in yardage during that stretch.