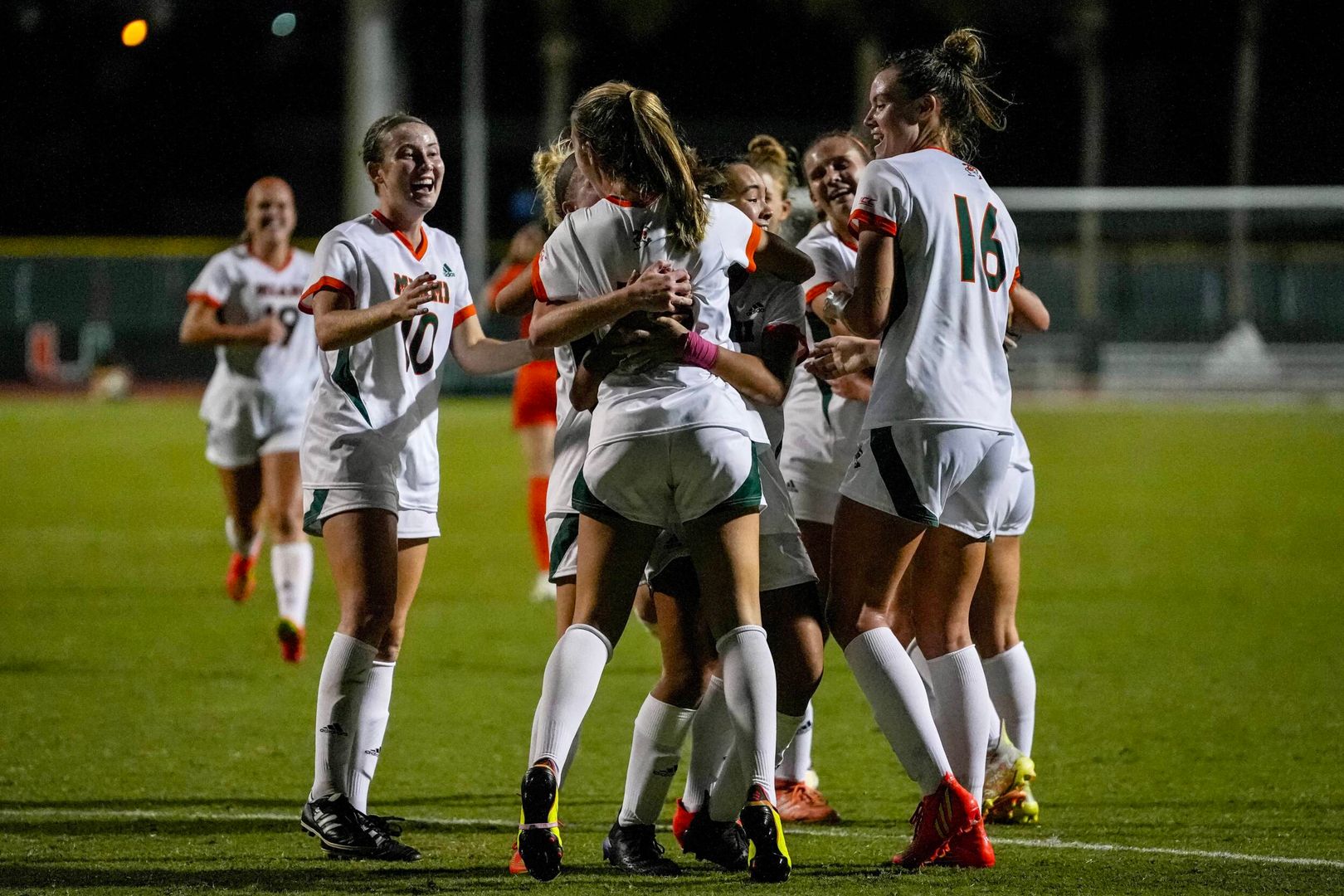 Miami has downed the Demon Deacons in series history, most recently toppling the Deacs in 2016. Last year, Wake Forest claimed a 2-1 victory in double overtime.

Melissa Dagenais started her senior campaign without conceding a goal across the first 419 minutes. Dagenais paces the ACC in saves (52) and saves per game (4.7). The 6-foot-1 netminder made a season-best 11 saves against Mississippi State on Aug. 18.

Eighteen Hurricanes have appeared in at least nine of the first 11 contests. Ten different players have recorded at least two points, with eight Canes finding the back of the net.

The Deacs are led by redshirt junior netminder Kaitlyn Parks, who paces the ACC with seven shutouts. Wake Forest has conceded only eight goals, which is tied for the third fewest in the league.