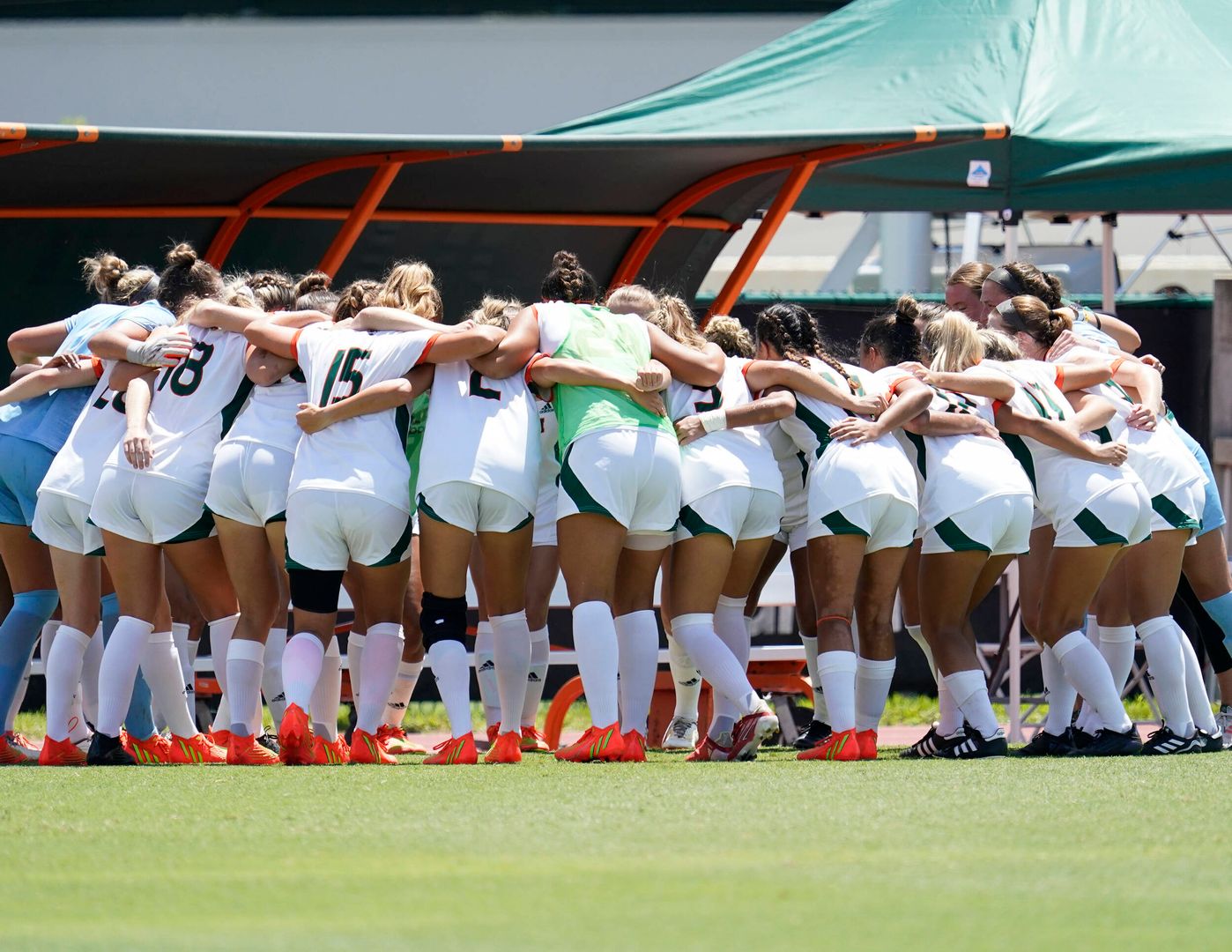 TAMPA, Fla. — The University of Miami soccer team dropped its first match of the season, falling to the USF Bulls, 2-0, Thursday evening at Corbett Soccer Stadium.

“The second half, we showed more of who we are,” Miami head coach Sarah Barnes said. “We have to tap into that for 90 minutes and it’s disappointing for the team to know we were capable of so much more. We need to learn from it.”

The Bulls (3-3) controlled the first 45 minutes, taking a 1-0 lead into the intermission, but the Hurricanes (3-1-2) battled back in the second session before a late USF goal.

USF broke the ice in the 25th minute, scoring off of a corner kick. Freshman Gentiana Fetaj drove a ball towards the edge of the six-yard box and defender Lucy Roberts elevated through the air to head the service into the set netting.

The Bulls nearly doubled its tally moments before the break, but Miami netminder Melissa Dagenais made a kick save with her right foot in the 41st minute.

After USF generated 10 shots in the first frame, the Hurricanes clamped down in the second half.

The Canes held the Bulls to four attempts the rest of the way, mounting three chances of their own.

In the 79th minute, USF padded its advantage behind a perfectly placed long-distance rocket from sophomore midfielder Chiara Hahn.

“We competed in the second half and created a number of chances,” Barnes said. “There were a lot of positives on both sides of the ball and we’ll be better prepared for conference because of this game.”

After finishing their non-conference slate with a 3-1-2 mark, Miami prepares for ACC action.

The Hurricanes kick off their 10-match conference marathon with Louisville on Sept. 17. The ACC opener is scheduled for 7 p.m.

“We’ve progressed and we still have more in us” Barnes said. “Every single day, we have to work to be better than we were the day before. We have to make sure that every person is emptying the tank day in and day out.”