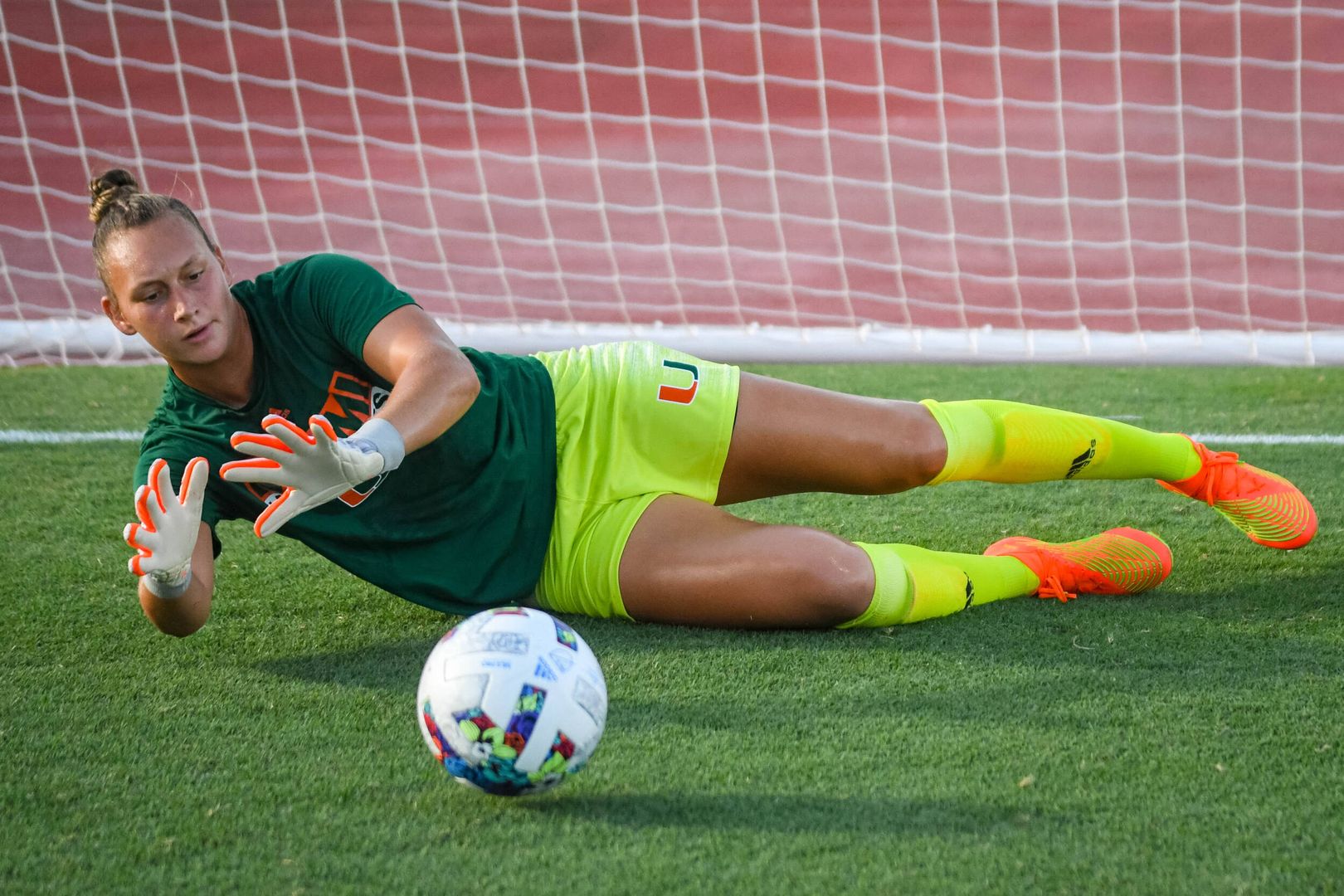 “When you come in, you’re the best player where you used to play,” said Dagenais, who hails from Saint Hurbert, Quebec, Canada. “You come here and everyone is good. I thought I worked hard before I came here, but I’ve learned what hard work looks like over my three years here. Putting in a lot of hours, extra time and focusing on training.”

In the season opener against Mississippi State, the senior picked up where she left off in 2021.

Dagenais registered her third career double-digit save effort, helping the Hurricanes tally a 0-0 draw versus the Bulldogs 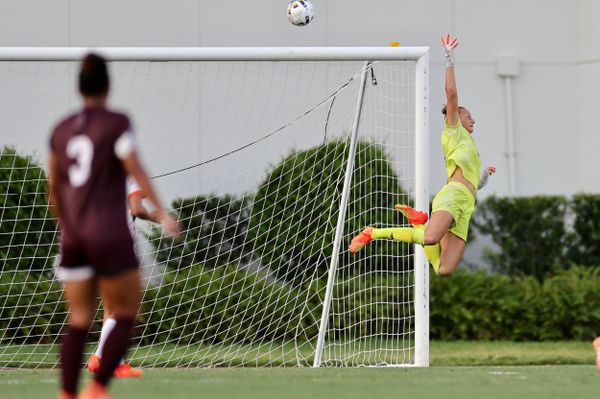 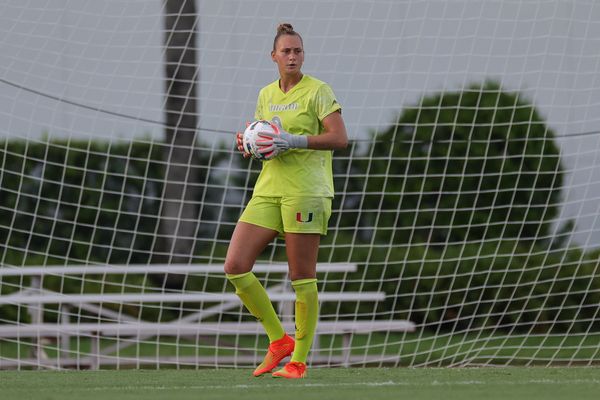 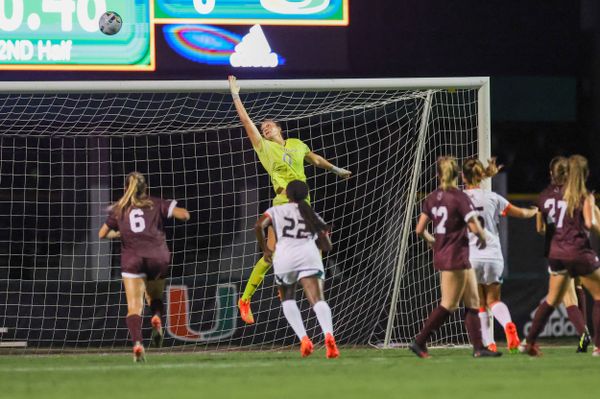 Now, following the 11-save effort and clean sheet, Dagenais and Miami get ready for another SEC foe, as Alabama visits Cobb Stadium Sunday.

“Preparation is throughout the whole season,” the 6-foot-1 netminder said. “I do a lot of self-help book reading. On the day of the game, I always do the same type of visualizations.”

Dagenais served as the Hurricanes’ backup goalie during her first two collegiate campaigns, but everything changed during her junior year.

In 2021, Dagenais notched 86 saves, which is tied for seventh in a season in program history. She placed second in the ACC in saves, guiding Miami to four shutouts along the way.

“She’s always had the ability she’s showing since she arrived,” said assistant coach Alan Fread, who works with Miami’s goalkeepers. “Her work ethic is elite.

“It’s nice to see the player we always thought she was capable of being is the player she is now. She’s really worked on the mental side of the game, becoming more of a leader on the field and in the locker room. All of that has helped her confidence to believe that she can be one of the best goalkeepers in the ACC.”

As Dagenais continues to develop, her drive to improve has rubbed off on her teammates.

“The biggest thing is her approach and attitude to everything,” redshirt freshman Skylah Klein said. “She took a situation and ran with it, and I admire that about her. It has shown me how to work harder and what it takes to be a starting goalie in the ACC.”

While Dagenais has made a name for herself in the conference, she’s hungry for more.

Her next opportunity to shine comes against the Crimson Tide at 5 p.m. Sunday.

“Getting the starting spot was an accomplishment, but it doesn’t stop there,” Dagenais said. “I have more goals to reach. The work has just begun.”

Sunday’s match will be broadcast live on ACC Network Extra HERE, with Joe Zagacki and Ricky Lopez-Espin on the call. Fans can follow via live stats HERE.