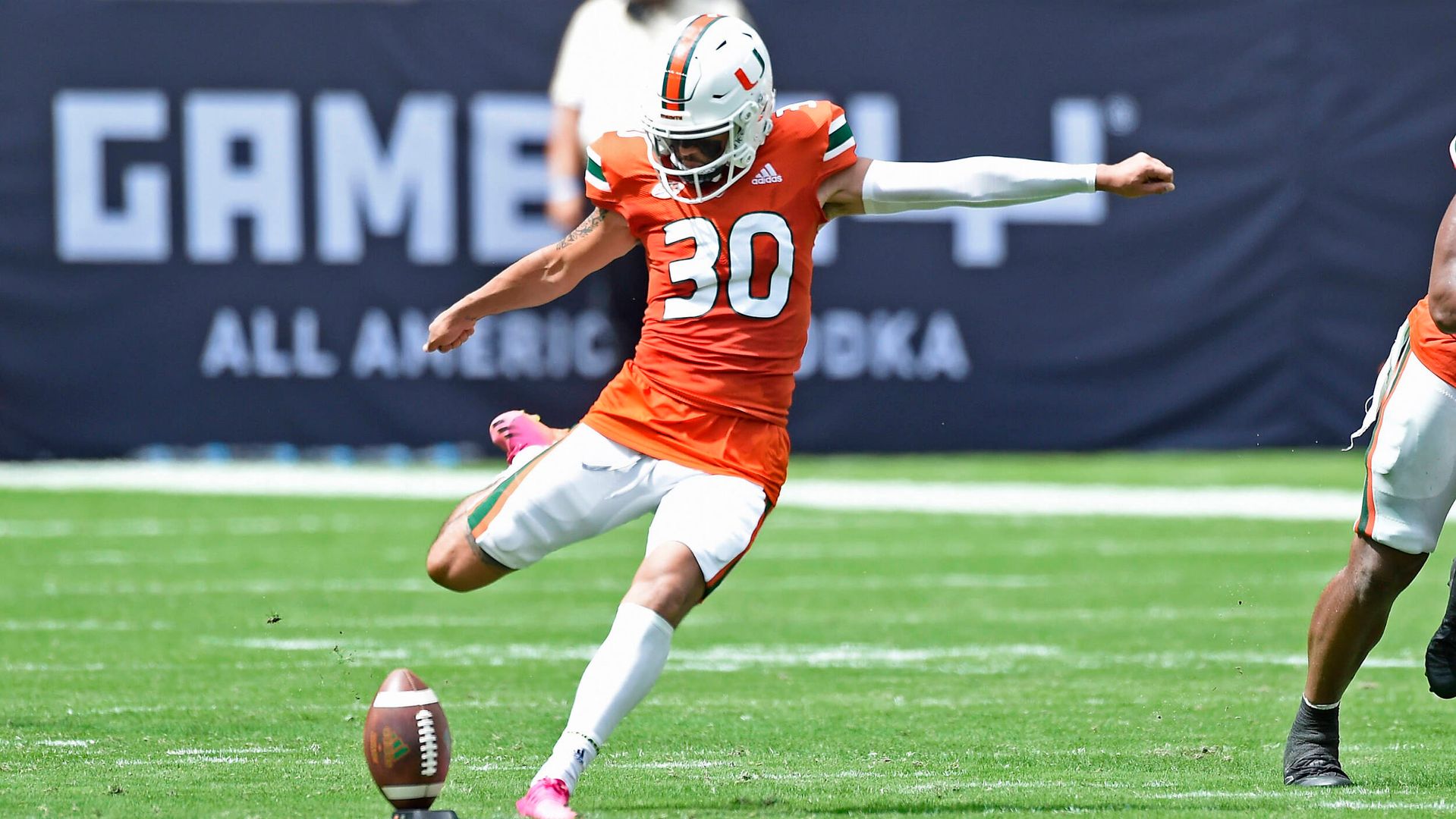 CORAL GABLES, Fla. – University of Miami kicker is among the selections for the Lou Groza Collegiate Place-Kicker Award, as announced Wednesday morning by the Palm Beach County Sports Commission.

Presented annually since 1992 to the premier kicker in college football, the award is named after the Pro Football Hall of Famer by the same name.

The sixth Hurricane tabbed to a preseason watch list, including the first on special teams, Borregales is among 30 kickers who made the cut, including one of four from the ACC.

A 5-foot-11, 170-pound sophomore from Miami, Borregales turned in a splendid freshman campaign in 2021 and garnered All-ACC Honorable Mention recognition. He went 17-of-21 on field goals and connected on all 45 of his extra-point attempts.

The Champagnat Catholic graduate averaged 59.8 yards per kickoff and compiled 37 touchbacks. He went 5-of-6 on field goals of 40-plus yards, including tying a school record by hitting a 55-yarder.

Borregales’ older brother, Jose, is the lone Lou Groza Award recipient in program history, earning the distinction in 2020, his lone season with the Hurricanes.