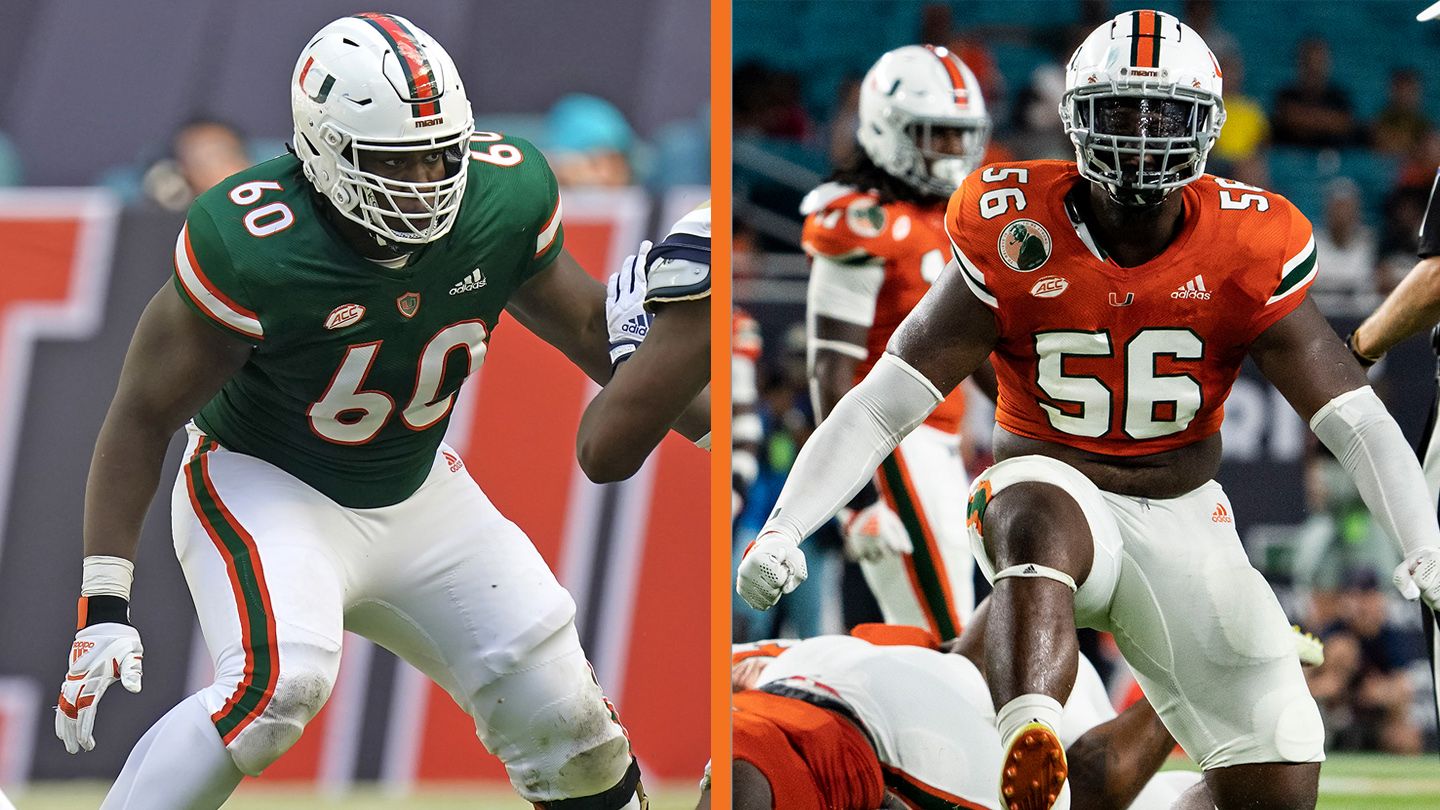 CORAL GABLES, Fla. – Two members of the University of Miami football team are on watch lists for the Outland Trophy and Nagurski Trophy, as announced Tuesday morning by the Football Writers Association of America.

Offensive lineman Zion Nelson and defensive lineman Leonard Taylor are both among the 89 selections for the Outland Trophy. Miami is one of just 17 schools in the nation with multiple designees, including one of 12 with a player from each side of the ball and—alongside Clemson and Pittsburgh—one of three from the ACC. Taylor was also named a candidate for the Bronko Nagurski Trophy, honoring college football’s National Defensive Player of the Year.

Awarded annually to the best interior lineman in the country since 1946, the Outland Trophy is named after College Football Hall of Fame member John H. Outland.

An All-ACC Honorable Mention last season, Nelson has helped the Hurricanes average 444.5 yards per game over the last two years. That figure includes 300.2 passing yards and 144.3 rushing yards per contest across 23 outings.

Taylor is a sophomore out of Miami who played in nine games during his 2022 freshman campaign. A former five-star, top-10 recruit out of nearby Miami Palmetto High School, Taylor totaled 21 tackles in his rookie season, including a high mark of six at Florida State.

A 6-foot-3, 305-pounder, Taylor co-led the Hurricanes with 7.5 tackles for loss last year, including a season-best 2.5 in the victory over Georgia Tech. Taylor also recorded two sacks and one pass-breakup in his first season at The U.

Two prior Hurricanes have claimed the prestigious Outland Trophy, as Russell Maryland did so in 1990 and Bryant McKinnie followed suit in the national title-winning 2001 campaign. Warren Sapp (1994) and Dan Morgan (2000) are Miami’s previous Nagurski Trophy winners.