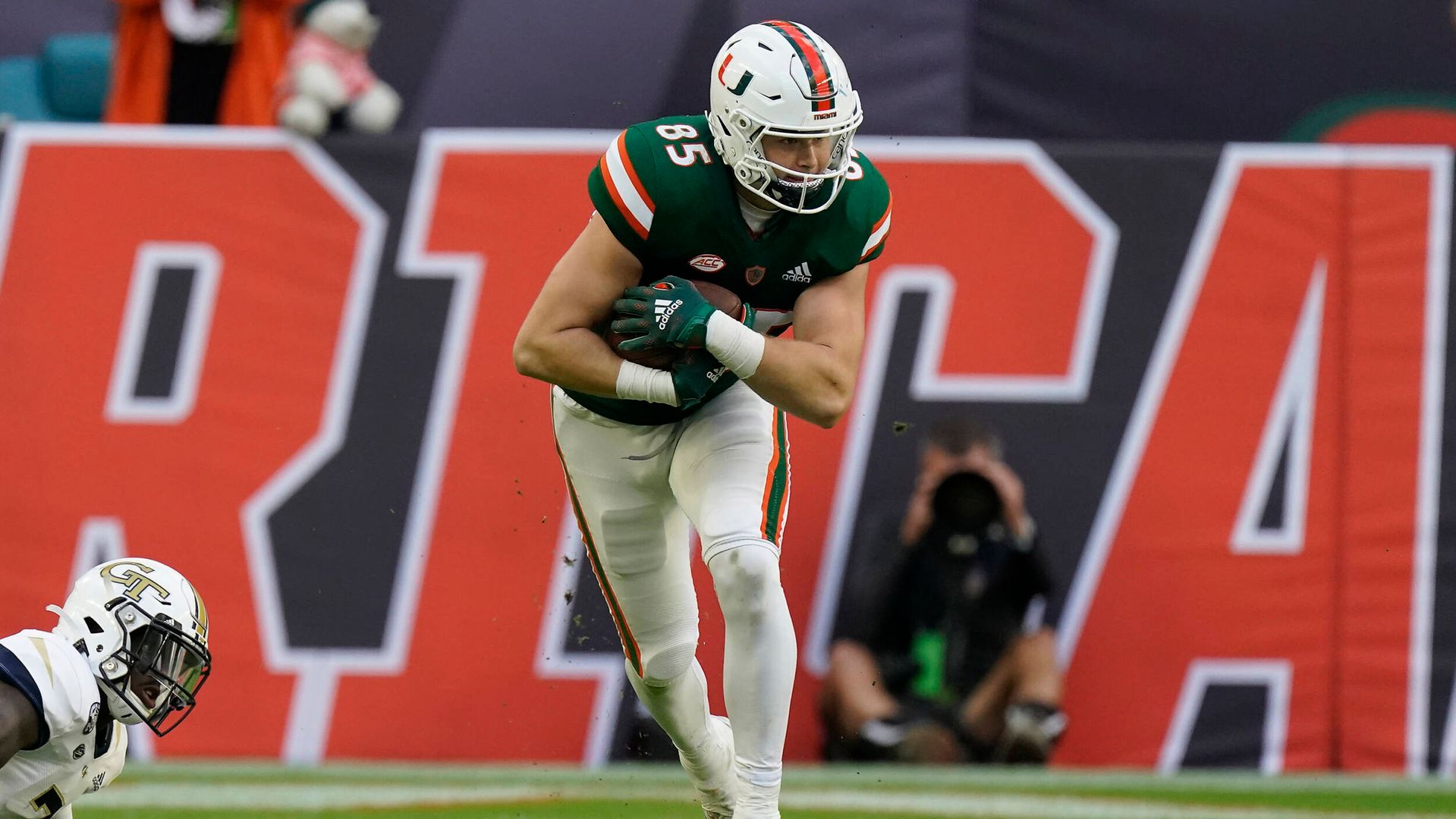 Awarded annually to college football’s most outstanding tight end, the honor is named after the eponymous Syracuse and Baltimore Colts star, a 1992 Pro Football Hall of Fame inductee.

A fifth-year senior out of Jacksonville, Fla., Mallory is already among the most distinguished players in the country at his position. The 6-foot-5, 245-pounder has 73 receptions for 1,006 yards and 11 touchdowns over his four seasons at The U.

Since the inauguration of the recognition in 2000, a Miami player has made the John Mackey Award finalist list six times and claimed one trophy. The most recent Hurricane to make the top three was Brevin Jordan in 2019.