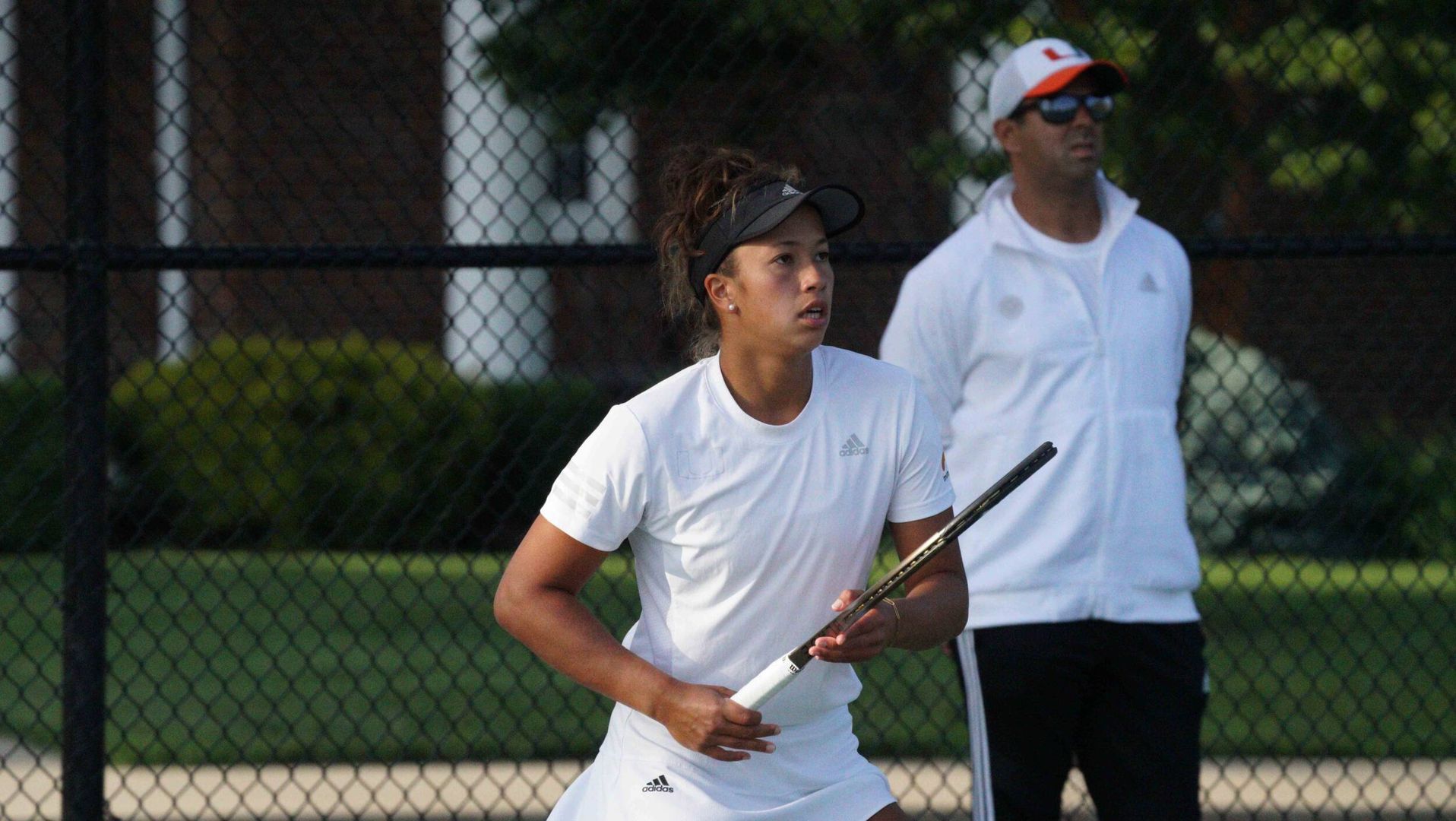 Alex Santos, in his second year back with the program, received ITA Southeast Region Assistant Coach of the Year distinction.

These are the first two ITA regional awards for Achong, who was one of only three players in the nation to sweep the two leadership honors. South Carolina’s Elise Mills did so in the Carolina Region, while Baylor’s Alicia Herrero did so in the Texas Region.

This is the fourth time in the last five years a Hurricane has won the Ashe Award, as Sinead Lohan received the honor in 2018, then Estela Perez-Somarriba did so in both 2019 and 2020. In addition, it is the second consecutive year a Miami player won the Leary Award, as Perez-Somarriba took home the distinction in 2021.

A soon-to-be ITA All-American who advanced to the title match of the NCAA Doubles Championship, Achong posted 29 wins in both singles and doubles this year. As the most veteran Hurricane, the University of Miami graduate also served as a team leader both on and off the court.

Meanwhile, for Santos, this is the second such honor of his career. He also earned the distinction in 2013, en route to taking the national accolade, in the last year of his first stint with the Hurricanes.

A native of Oeiras, Portugal, Santos has received ITA Southeast Region Assistant Coach of the Year plaudits in two of his five seasons as a full-time coach at Miami. His coaching acumen helped lead the Hurricanes to a stellar 19-6 (10-3 ACC) campaign that ended with a Sweet 16 berth and their highest final ITA ranking, ninth, since the aforementioned 2013 campaign.

The complete list of award winners across all 12 ITA regions can be found HERE. The national designees will be announced June 13.