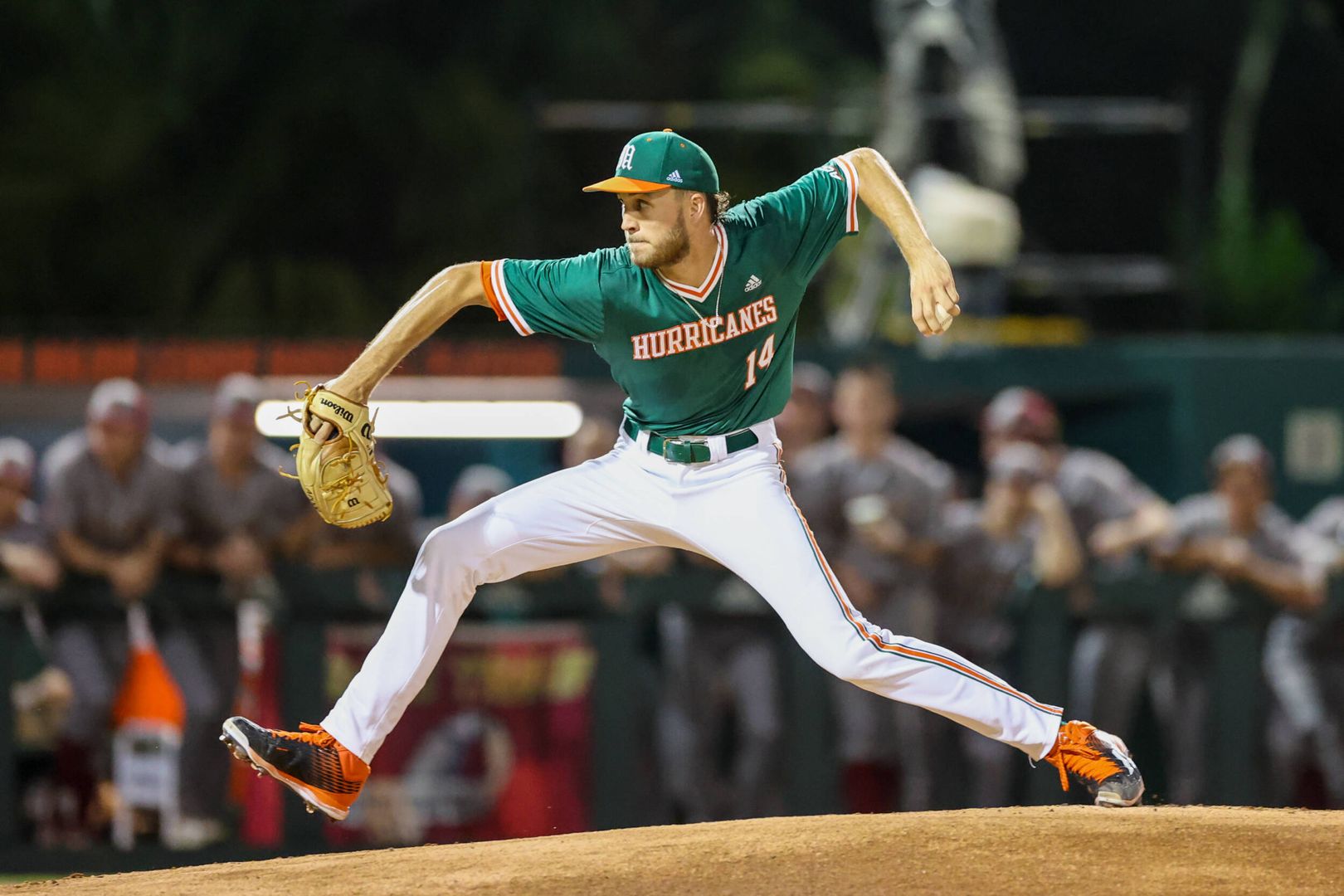 One of the most highly-touted left-handers in the country, Palmquist is second in the ACC with 108 strikeouts and checks in third with nine wins. His 3.09 ERA and .227 batting average against rank fifth in the conference.

With his third punchout against Notre Dame on May 19, the Fort Myers, Fla., native became the first Hurricane since Evan McKendry in 2018 to reach 100 strikeouts in a season.

In 11 of his 15 starts, the 6-foot-3, 185-pound sophomore has yielded one earned run or fewer, notching three double-digit strikeout performances along the way.

A Dick Howser Semifinalist, Walters heads into the postseason tied for sixth in the country and paces the ACC with 13 saves. The sophomore has a 1.20 ERA, allowing just four earned runs over 30 innings.

Walters has recorded an 11.4 strikeout-to-walk-ratio, punching out 57 hitters and issuing four free passes. The Palm Bay, Fla., native has surrendered only 10 hits, holding opponents to a .100 batting average.

The All-America distinction is the first of Walters’ career.

Following its best regular season in six years, Miami was tabbed one of 16 Regional host sites for the 2022 NCAA Division I Baseball Tournament and earned one of eight coveted national seeds. The Hurricanes’ No. 6 national seed is their highest mark since a No. 3 seed in 2017. 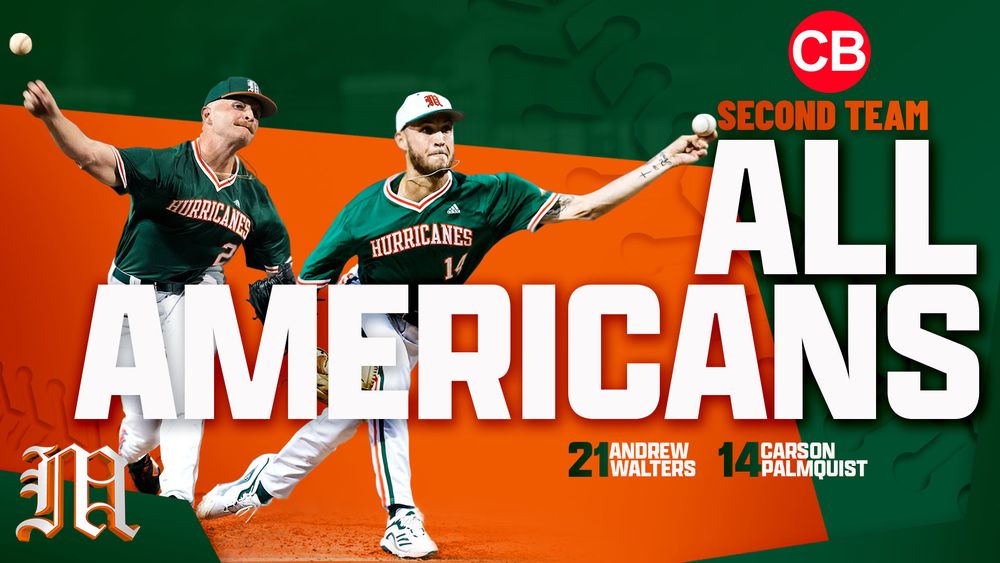