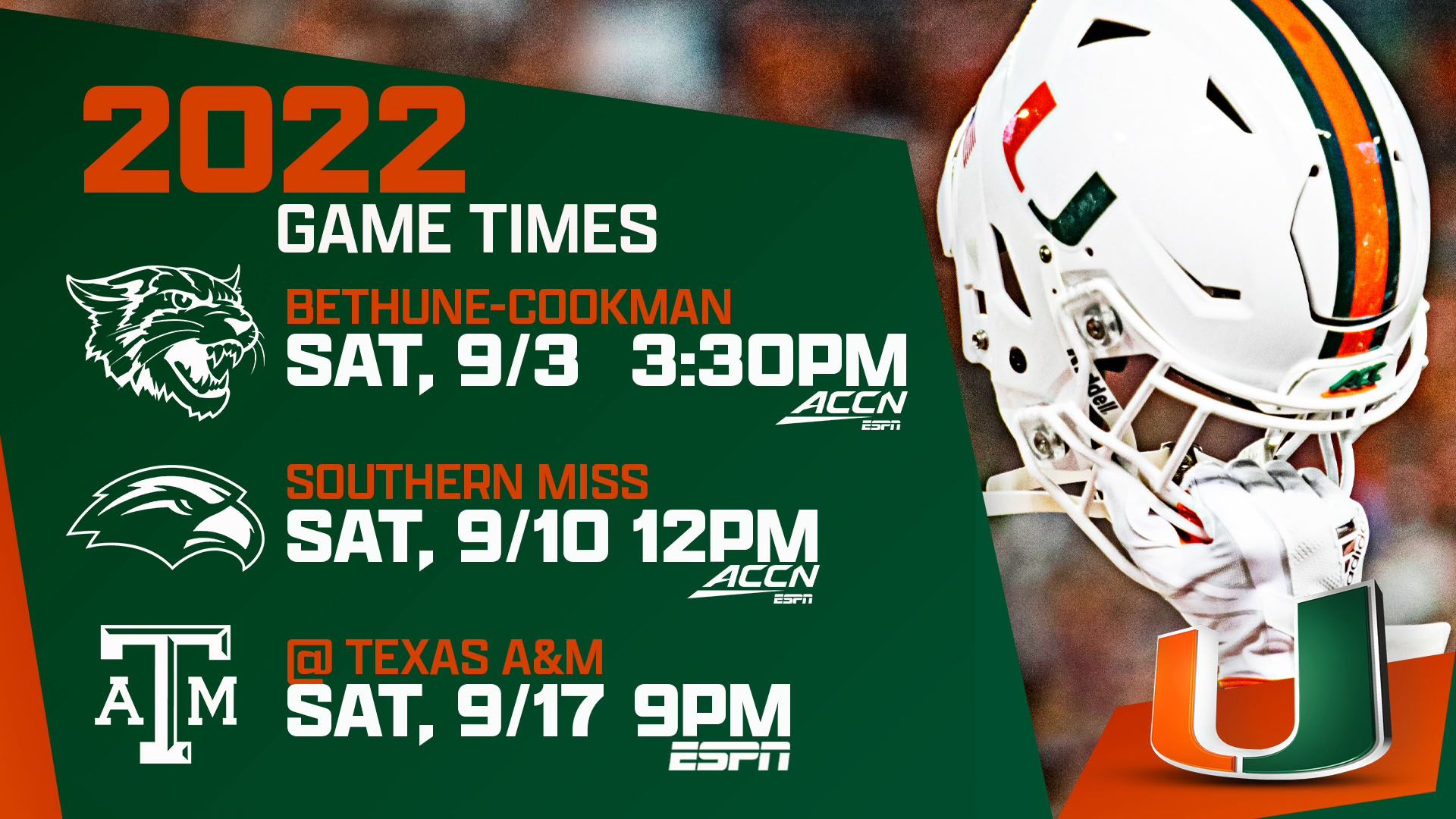 Mario Cristobal’s first game as Miami’s head coach takes place on Saturday, September 3, against Bethune-Cookman at Hard Rock Stadium. Kickoff will be at 3:30 p.m. and the game will be televised on ACC Network.

The Canes return home to Hard Rock Stadium the following Saturday, September 10, when they host Southern Miss. It marks the first meeting between the two programs. Kickoff is at 12 p.m. on ACC Network.

Miami then hits the road on Saturday, September 17, to face Texas A&M in a prime-time showdown at Kyle Field in College Station, Texas. Kickoff is at 9 p.m. and the game will be televised on ESPN. This will be the fourth all-time meeting between the Canes and the Aggies and the first since 2008.

Football season tickets are on sale now with individual game tickets being available in the summer. Visit miamihurricanes.com/tickets for more information.