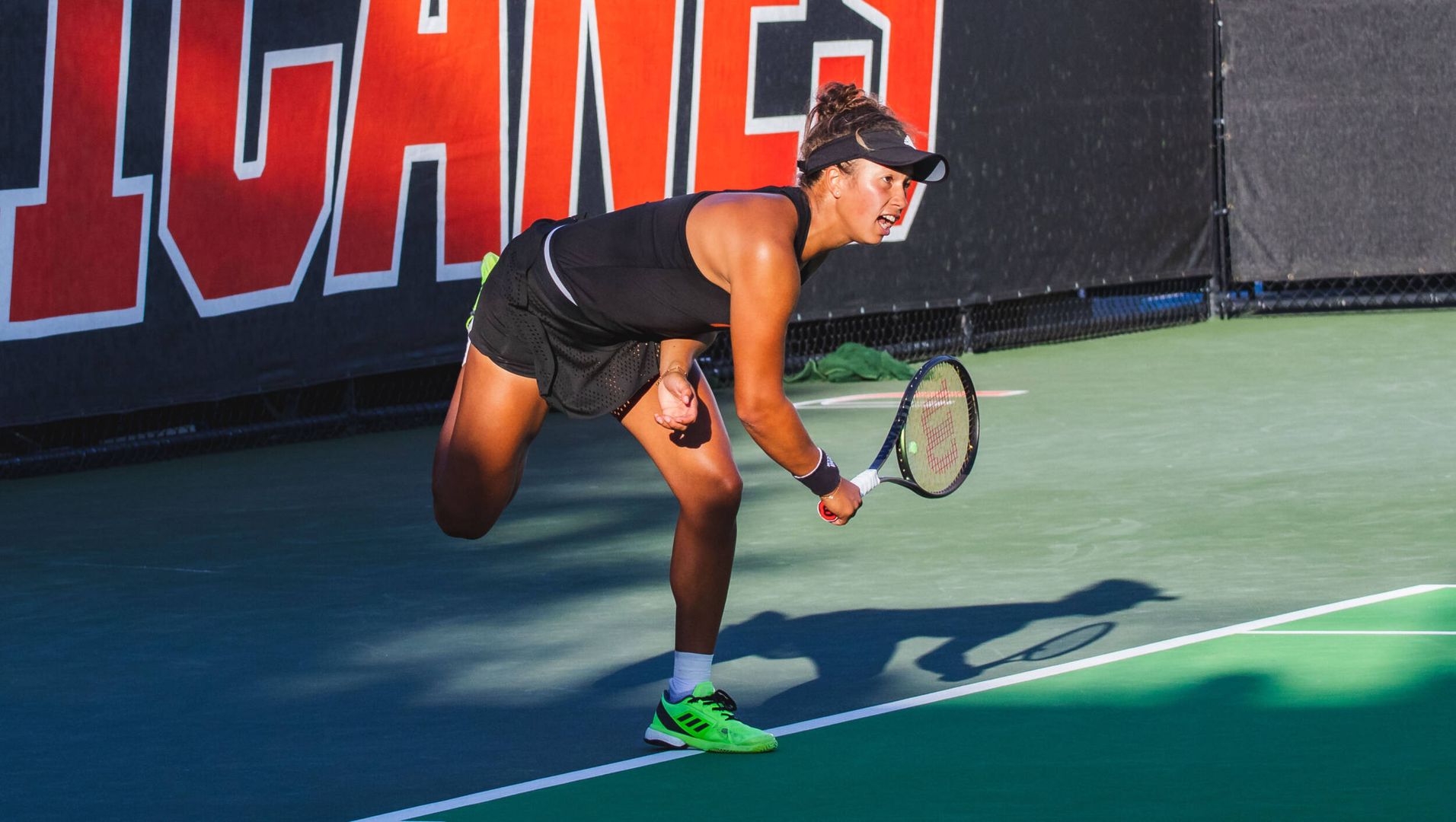 Ninth-ranked Miami (11-3, 6-2 ACC) put up strong performances on nearly every court against the undefeated Tar Heels, but could not pull off the upset.

“UNC was too good for us tonight,” Miami head coach Paige Yaroshuk-Tews said. “We need to recover and get ready for a great opportunity against Duke at home Sunday.”

North Carolina (18-0, 7-0 ACC) raced out to strong starts on all three doubles courts and, despite valiant comeback efforts on each, the Hurricanes could not claw back.

The nation’s top-ranked pair of Fiona Crawley and Elizabeth Scotty edged the No. 20-ranked duo of fourth-year junior Daevenia Achong and fifth-year senior Eden Richardson, 6-3. Cameron Morra and Alle Sanford clinched the doubles point for the visitors by logging a 6-3 win over third-year sophomores Diana Khodan and Maya Tahan, ranked No. 62.

In the unfinished match, sophomores Audrey Boch-Collins and Isabella Pfennig dropped the first five games, but then won four in a row versus Carson Tanguilig and Reilly Tran. Play halted with the Hurricanes trailing, 4-5.

The Tar Heels upped their lead to 2-0 behind a victory from their lone player in the lineup not ranked in the top 35 nationally, as Anika Yarlagadda topped Khodan, 6-1, 6-2.

No. 52 Achong tallied Miami’s lone point of the night by logging her second top-25 victory of the month. The Geleen, Netherlands, native earned an impressive 6-4, 7-5 triumph against No. 16 Scotty, marking the second-highest-ranked win of her collegiate career.

Both remaining matches were played out, with Boch-Collins stellar effort versus No. 34 Crawley coming just a few points short in the first of the two to finish. The Las Vegas native took a 6-4, 3-6, 0-1 (5-10) setback versus her top-35 opponent.

Friday marked the first time this season the top-10 Hurricanes did not record at least three points in a match.

Miami returns to action Sunday at 11 a.m. when it hosts No. 10 Duke in its third straight match against a top-11 foe.