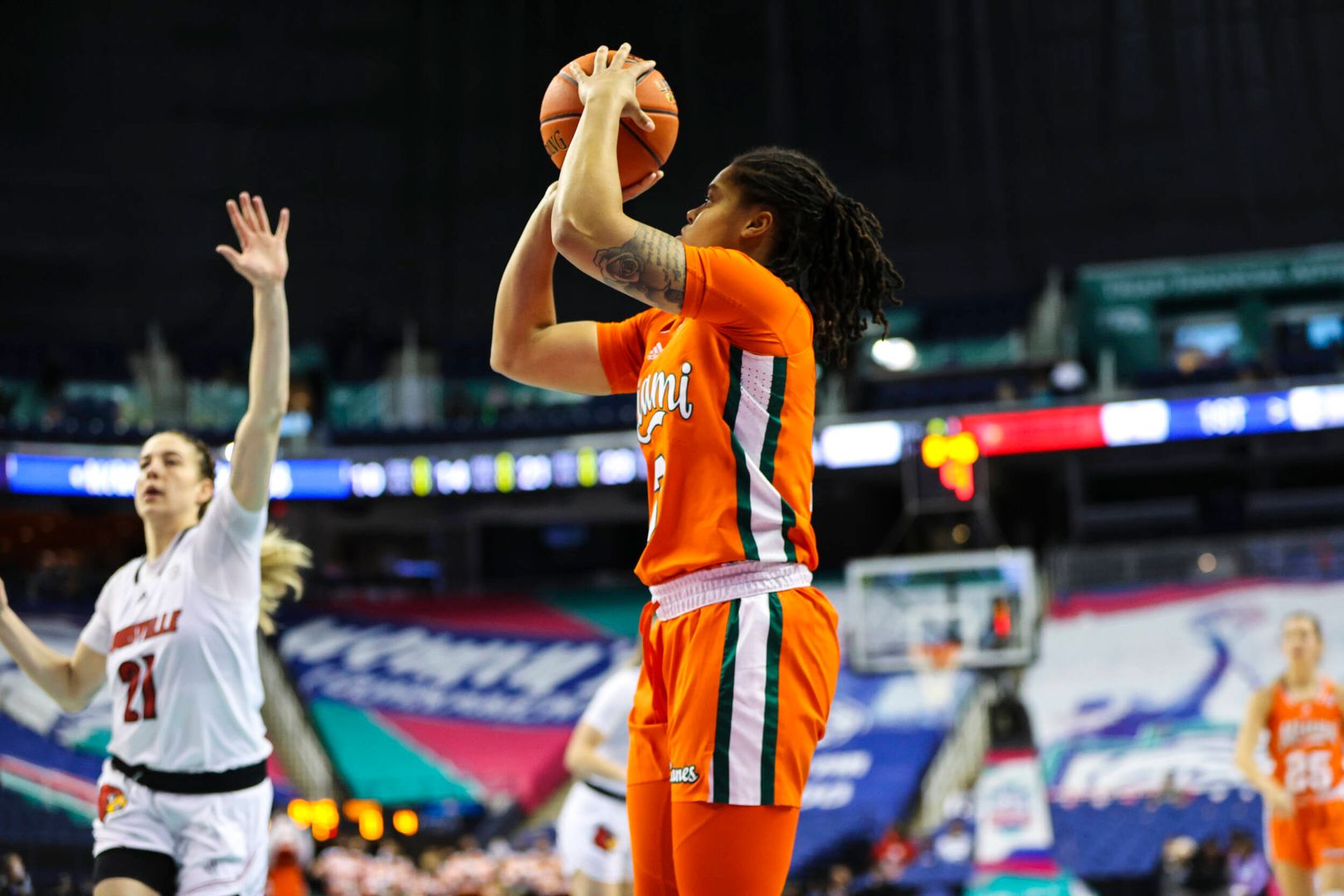 The Hurricanes are making their first ACC Tournament semifinals appearance since 2017 after downing the second-seeded Louisville Cardinals, 61-59, on a buzzer-beater from graduate student Destiny Harden, Friday night at the Greensboro Coliseum. Miami is set to face third-seeded Notre Dame at 2:30 p.m. on Saturday. The game will air on ACC Network with Beth Mowins and Debbie Antonelli on the call.

Miami fell short of the Fighting Irish earlier this season, facing a 69-53 defeat in South Bend, Ind. Graduate student Kelsey Marshall led the way with 18 points, including six 3-pointers in the contest.

Notre Dame has dominated the all-time series between the two schools, holding a 22-5 advantage and winning eight of the last 10 meetings. Of the Hurricanes’ five wins against the Fighting Irish, two have happened under Katie Meier. 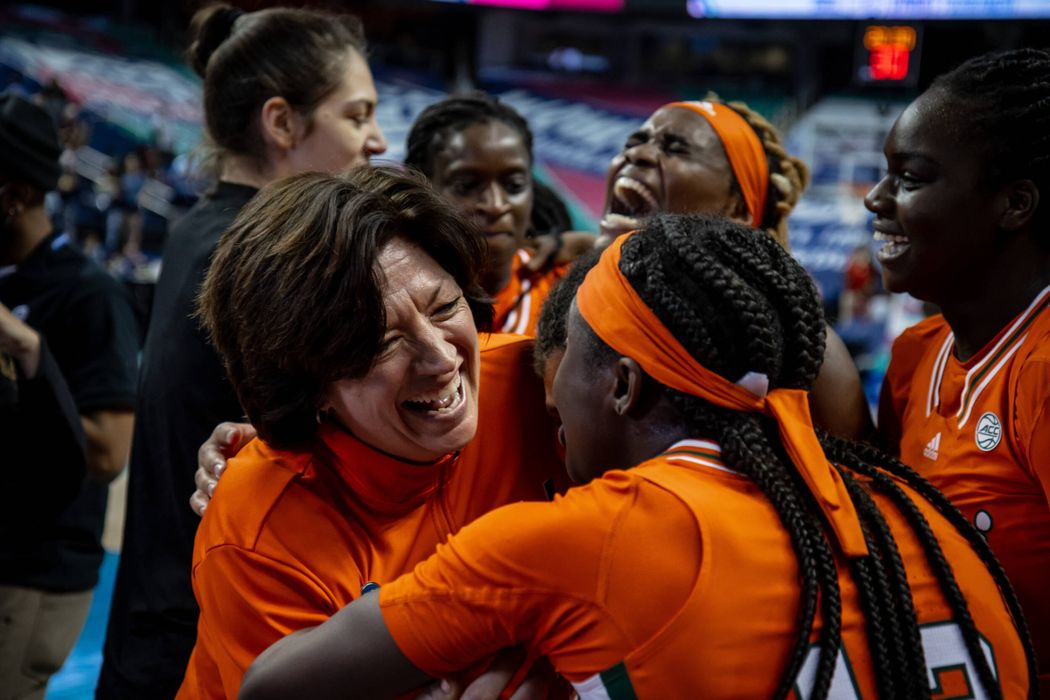 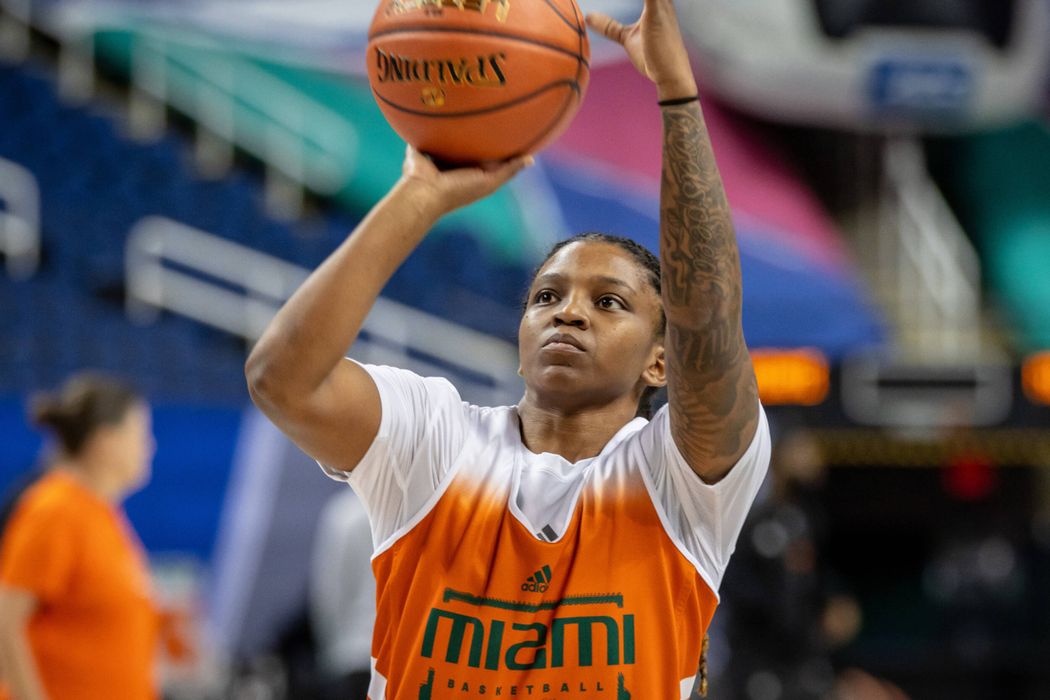 “I thought it was an amazing regular season. It was as difficult as it has ever been to get conference wins because, while our top teams are good, the middle pack is great, too. I’m happy to not being playing on the first day. We’ve fought and clawed our way back from adversity this season and we are in a good spot.” – Head Coach Katie Meier

Canes in the Coliseum

The Hurricanes roll into the ACC Tournament with some momentum having won five of their last six games. All five wins were double-digit victories for Miami and two were over top-50 NET teams. Miami has shot better than 40 percent from the field in six straight games and eight of its last 10 contests.

The Miami bench recorded a monster performance on Sunday, totaling 38 points in the game against Clemson. That is the second-most points by the Hurricanes’ reserves this season (48 vs. Robert Morris). Miami’s bench has totaled 20-plus points in half (14) of its game this season. 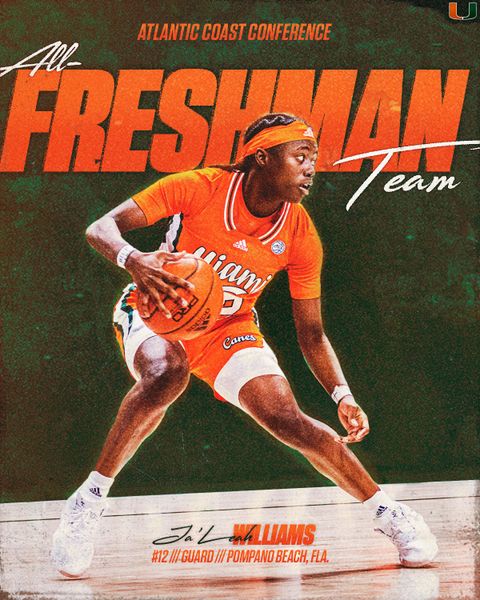 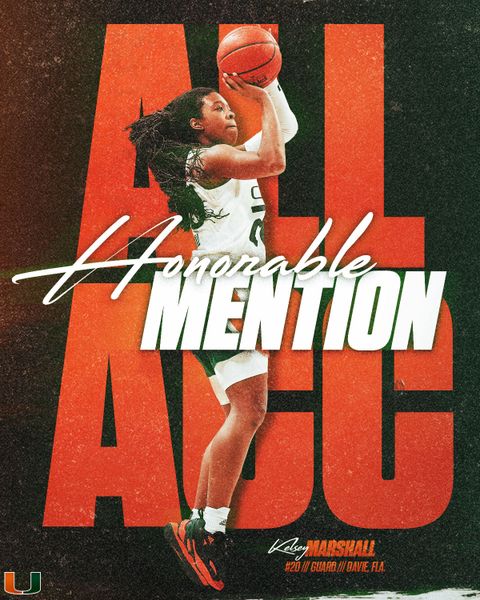 KEYS TO THE GAME

Good things happen for the Hurricanes when they: