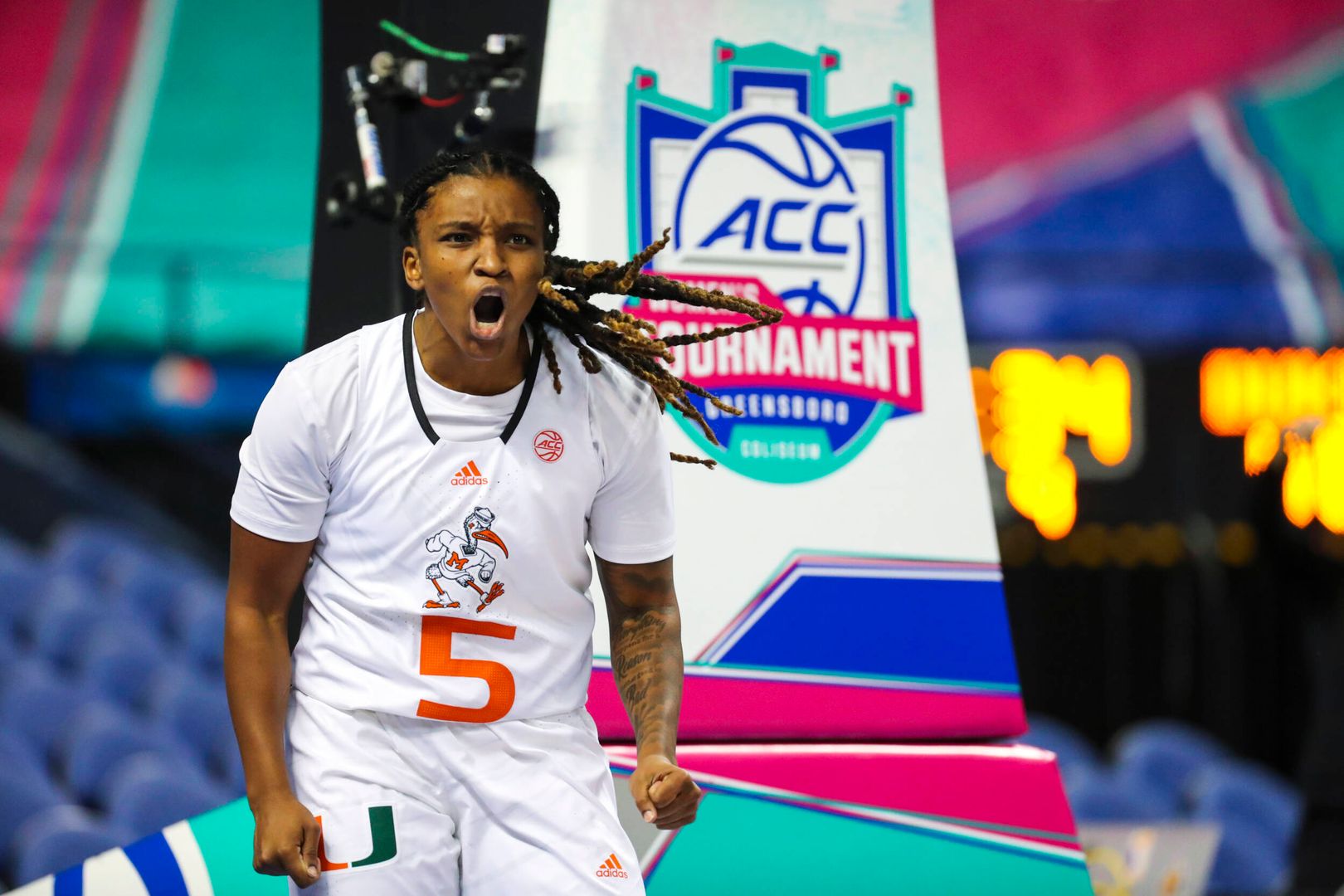 GREENSBORO, N.C. – The University of Miami women’s basketball is moving on to the quarterfinals of the 2022 ACC Women’s Basketball Tournament after posting a 61-55 victory over the 10th-seeded Duke Blue Devils (17-13, 7-11 ACC) Thursday night at Greensboro Coliseum.

The seventh-seeded Hurricanes (18-11, 10-8 ACC) trailed by as many as nine in the game but completed the comeback thanks to a lockdown defensive effort in the second half. The Hurricanes held the Blue Devils to just 24 points on 25.8 percent shooting in the final 20 minutes.

“I just want to start off by saying, what a conference,” head coach Katie Meier said. “Everyone is playing their guts out. I’m so happy with this win because Duke is a really good team and they played extremely well tonight. I don’t have any question that we belong in the big dance and this win proves it.”

It was a team effort on offense as four Hurricanes scored in double-figures to lift Miami over Duke – Destiny Harden (11), Lola Pendande (11), Karla Erjavec (10) and Kelsey Marshall (10). Harden also tallied nine rebounds to finish the game just one board shy of a double-double. 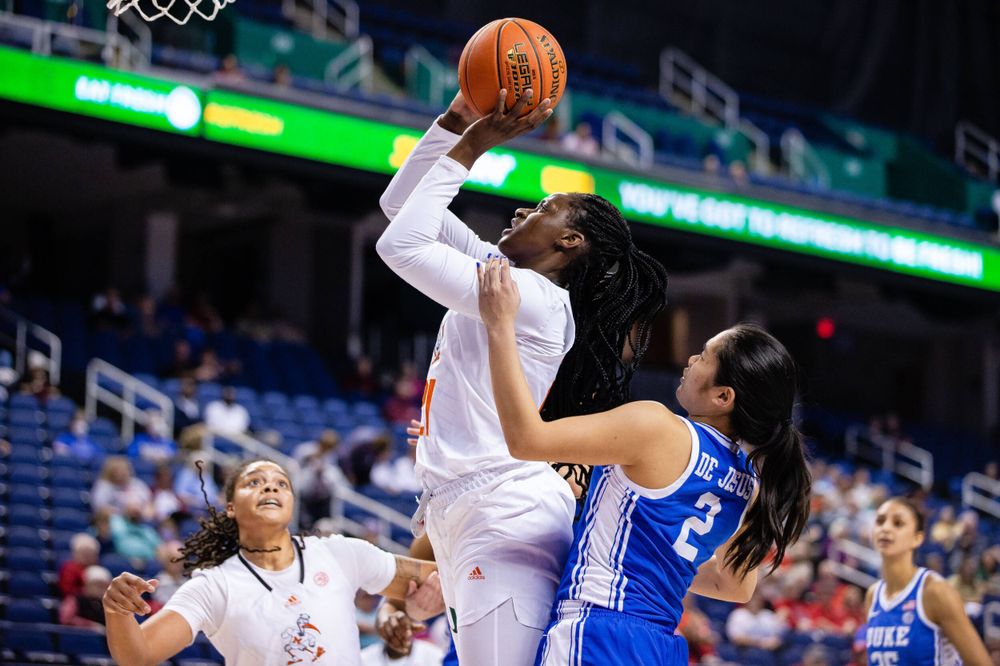 The Hurricanes drew first blood, taking an early 5-3 lead on a driving layup from Marshall. However, Duke knocked down 4-of-6 shots from beyond the arc in the first quarter to hold a 22-13 lead after 10 minutes.

Williams knocked down her fourth 3-pointer of the season at the 7:16 mark in the second, sparking a 7-1 run for the Hurricanes. Miami held Duke to just 25 percent shooting in the frame, outscoring the Blue Devils 14-9 to pull to within four, 31-27, at the halftime break. The Hurricanes tallied 12 points off 10 Blue Devils turnovers in the first half.

Miami continued to claw its way back in the third quarter, scoring five of the first six points in the session to tie the game at 32-32.

The Hurricanes took their first lead since the 6:08 in the first quarter on a wide-open corner 3-pointer by Marshall with two minutes remaining in the quarter. Duke’s Elizabeth Balogun closed the frame with a 3-pointer of her own to put Duke ahead 40-39 going into the final 10 minutes.

It was all Hurricanes in the fourth quarter as Miami shot 48 percent from the field, led by Pendande and Harden who tallied seven and six points in the frame, respectively.

Miami put together a 13-2 run in the middle minutes of the frame, highlighted by game-changing old-fashioned three-point play by Pendande with 4:45 remaining in the game. The Hurricanes knocked down 7-of-8 free throws down the stretch to put away the 61-55 victory.

The Hurricanes will face off with the No. 2 Louisville Cardinals in the quarterfinals on Friday. Tipoff at Greensboro Coliseum is set for 6 p.m. and the game will air on Bally Sports.