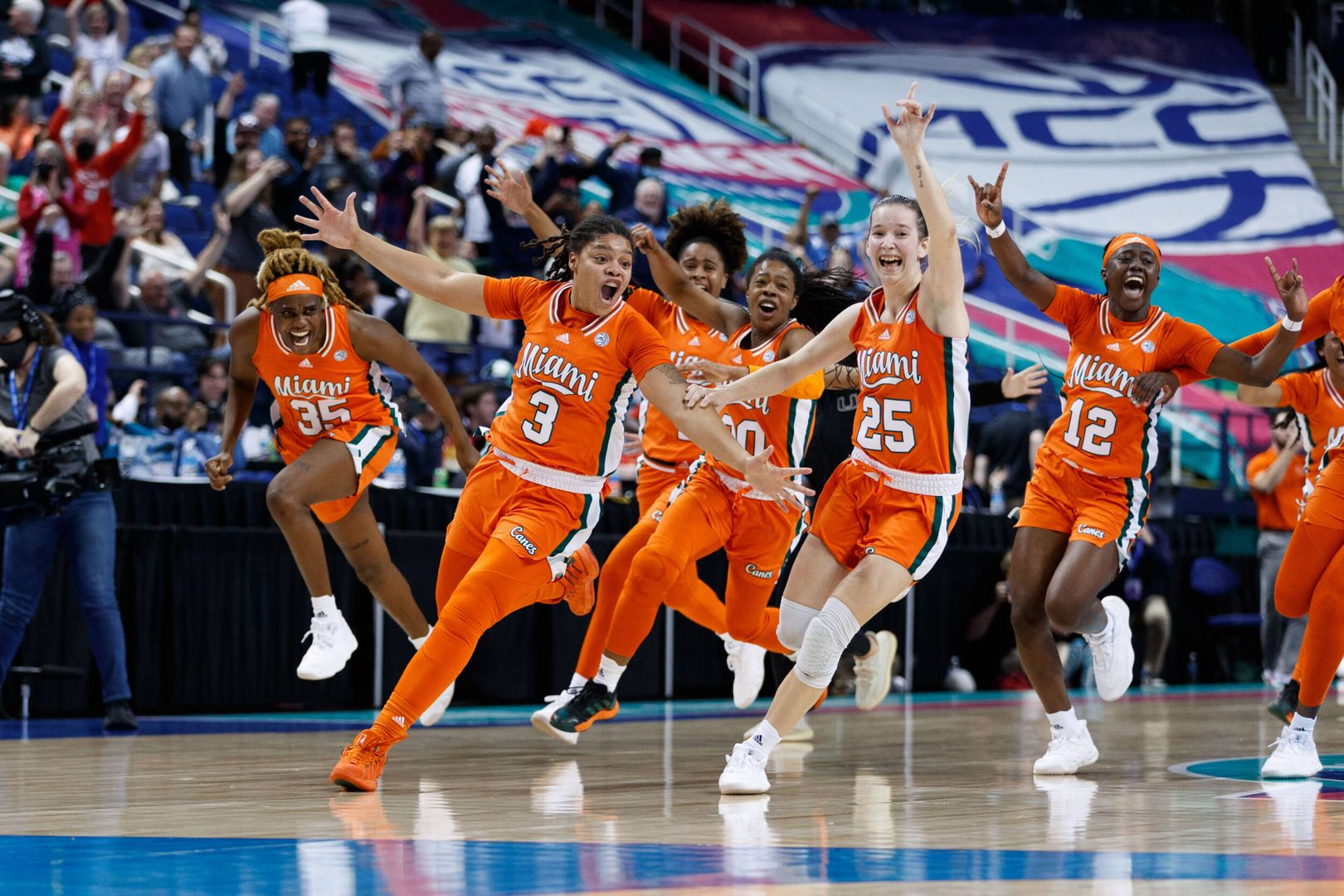 Down 15 with 4:29 to play in the game, freshman Ja’Leah Williams stole the ball from Louisville’s Ahlana Smith and scored to pull the Hurricanes to within 13. From there, Harden took over and showed how a true Miami gamer plays, rattling off 15 straight points, including the game-winning shot as time expired.

The Chicago native finished the night tying her career high with 27 points, 18 of which game in the second half. Harden added 10 rebounds to her stat line for her first double-double of the season.

Senior Naomi Mbandu joined Harden in double digits with 12 points on 5-of-8 shooting, including a critical 3-pointer with 7:58 left in the game to keep Miami within striking distance of the Cardinals.

The Hurricanes outshot the Cardinals in the first quarter, pouring in 45.5 percent of their shots from the field, while holding Louisville to a 35.7 percent clip. However, Louisville made four trips to the free throw line, tallying seven points at the charity stripe to take a five-point, 18-13, lead at the end of one.

The second quarter continued in similar fashion, as Miami continued to outwork Louisville on offense. Graduate student Kelsey Marshall hit a fadeaway jumper at the 3:18 mark in the quarter to cut the Louisville lead to three, 27-24. The Cardinals knocked down four more free throws in the final three minutes of the first half to maintain its five-point lead going into the break.

Harden tallied nine points and five rebounds in the first half alone en route to her second-career ACC Tournament double-double.

The Hurricanes continued to battle in the opening minutes of the third quarter, staying within six of the Cardinals. Turnovers plagued Miami in the middle minutes of the frame, allowing Louisville to take its first double-digit lead of the game, 43-32, with 4:59 remaining in the third.

Harden became the first Hurricane to enter double-figures, doing so on a deep 3-pointer that cut the deficit to single digits, but Louisville ultimately outscored Miami, 21-12, in the quarter to take a 14-point lead into the final 10 minutes.

Mbandu and senior Mykea Gray hit back-to-back 3-pointers in the first two minutes of the fourth to make it a 10-point ball game, but Louisville’s Payton Verhulst responded with a 3-pointer of her own to extend the Cardinals’ lead back to 13. A Louisville basket at 5:44 put the Cardinals ahead by 15, but it was all Hurricanes from there on out as Miami made 10 straight defensive stops and posted a 17-0 run to win the game.

The Hurricanes will face off with the winner of the Notre Dame vs. Georgia Tech game in the semifinals on Saturday. Tip-off at the Greensboro Coliseum is set for 2:30 p.m. and the game will air on ACC Network.