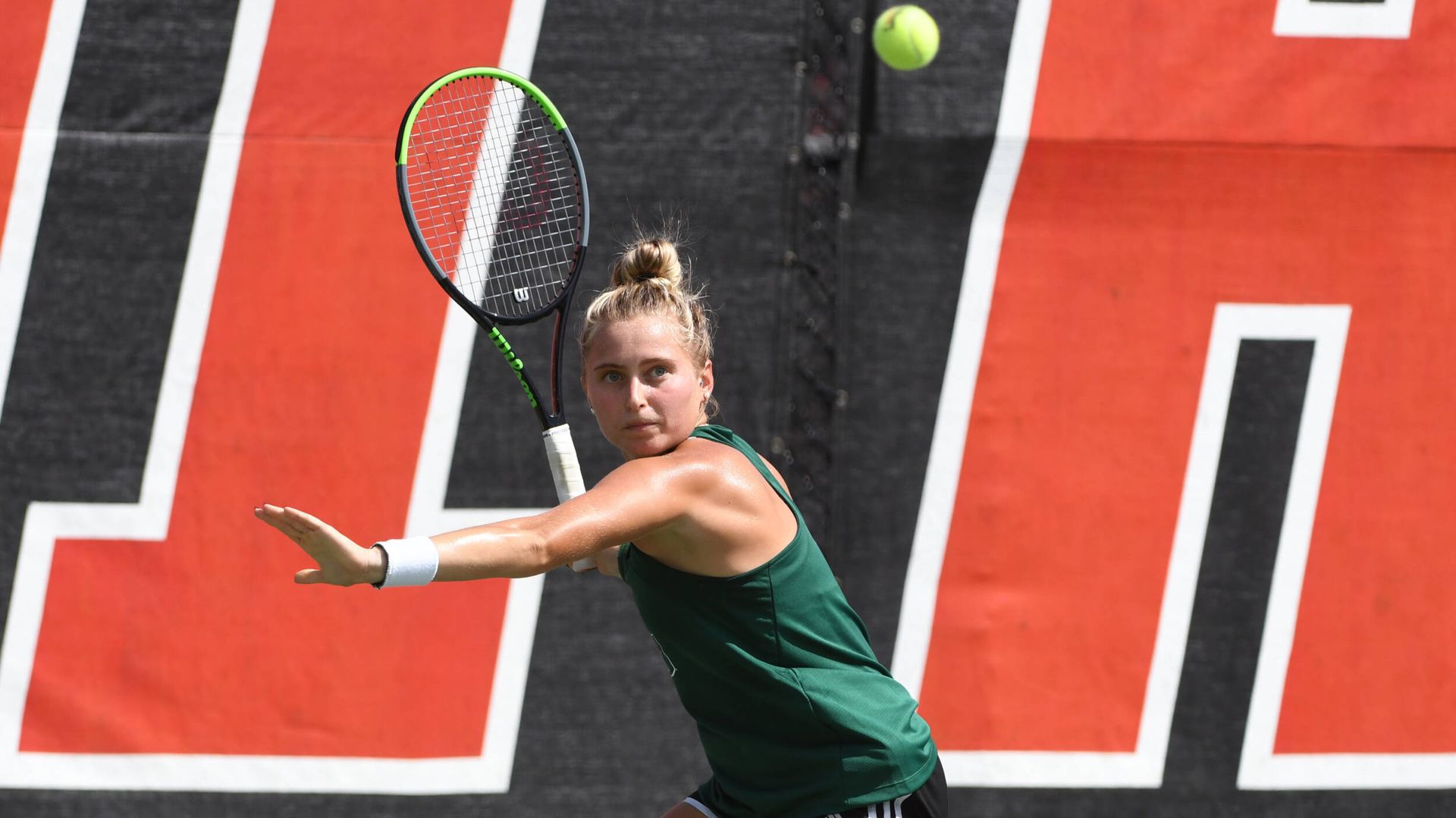 W. Tennis Moves to No. 21 in ITA Rankings

Miami (4-1) jumped from No. 23 to a season-best No. 21 in the national rankings. It has been ranked in the top 25 for the entire spring campaign.

The Hurricanes won their lone match since the last rankings came out, edging No. 17 Old Dominion, 4-3, Feb. 5 in Coral Gables.

Miami is again one of six ACC teams in the top 25, alongside top-ranked North Carolina, fourth-ranked NC State, fifth-ranked Virginia, No. 12 Duke and No. 25 Florida State. In addition, Wake Forest is in the “receiving votes” category.

The complete ITA Top 25 Coaches Poll can be found HERE. The rankings will changed to a computerized method later in the season.

The Hurricanes are back in action Sunday at noon when they host No. 19 UCF in their second straight top-25 affair at the Neil Schiff Tennis Center.