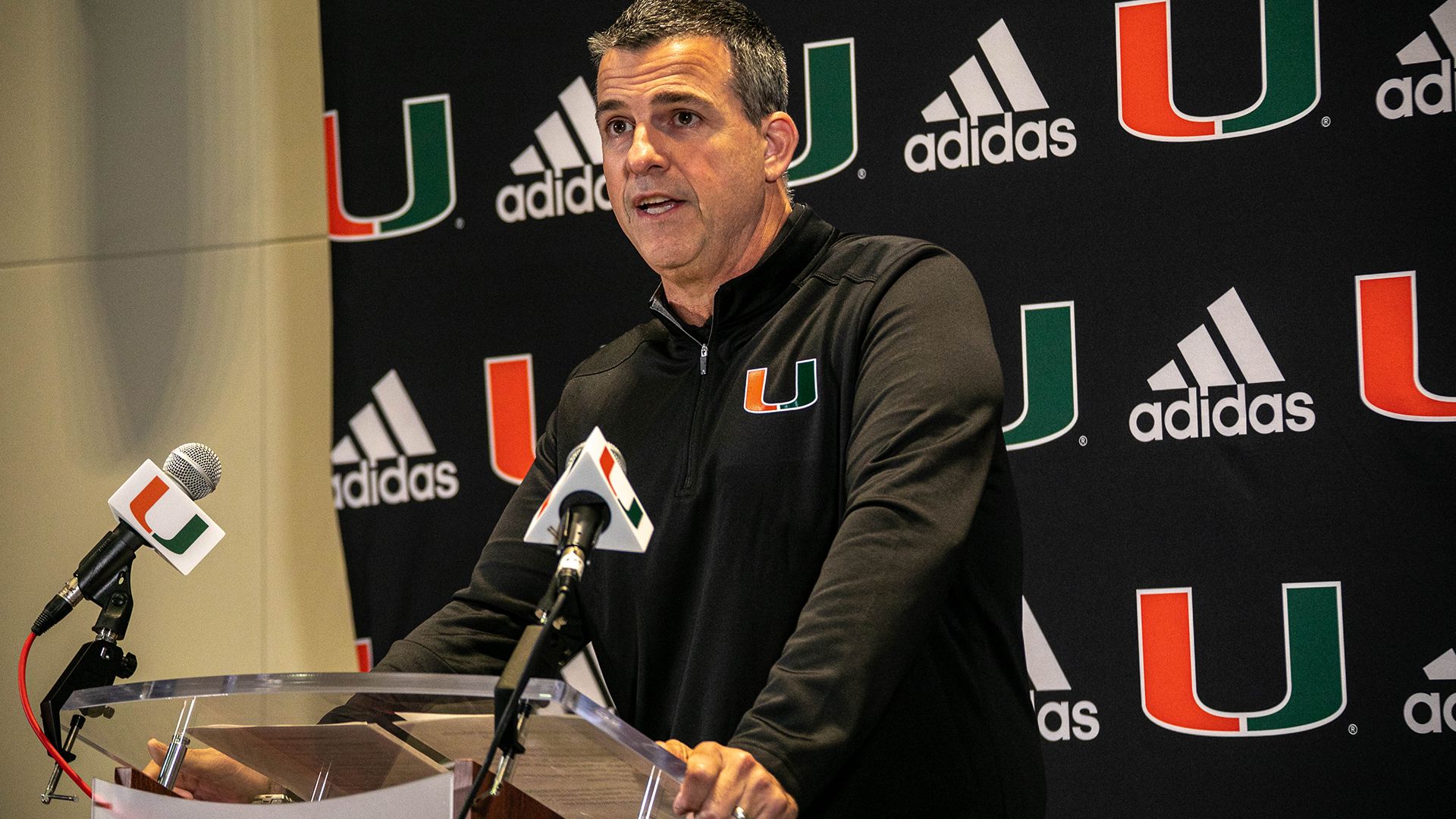 CORAL GABLES, Fla. – Mario Cristobal understands what it means to be a Miami Hurricane.

He knows how life-changing a degree from the University can be. He has experienced the highest of highs on the football field, winning a pair of national titles during his time in orange and green. And he’s never forgotten the relationships he forged during his time at The U.

That’s why for him, recruiting is so personal. It’s why he relishes every conversation he has with young football players and their families; why he’s so hands-on during a process that can be grueling and daunting in even the best of circumstances.

“I enjoy it. I really do. I like getting out there. I like meeting families. We’ve had great moments and I’ve had my tail kicked in a couple of times and just the appetite for it grows more and more and more over the years,” the Hurricanes’ head coach said of recruiting. “I think it’s awesome. And you know, the staff that we put together has to love it…and they have to love the University of Miami as much as I do…It’s an honor and a blessing to be able to go out there and give young men and their families an opportunity to play football at the highest level and [have the] experience of a lifetime. It’s a blessing.”

On Wednesday, Cristobal’s passion and drive on the recruiting trail paid dividends for the Hurricanes, with Miami adding four additional highly touted prospects to its 2022 recruiting class, a class Cristobal emphasized he isn’t quite finished shaping just yet.

Recruiting website 247Sports.com ranked Miami’s 2022 recruiting class 15th in the nation and third in the ACC – a marked improvement from where the Hurricanes stood in December.

“I’m thankful to the staff. We had a good day. We had a good day. We’ve set really high standards for ourselves. We’ve gotten used to knocking out consecutive top-10 classes in difficult situations,” Cristobal said. “So the fact that we’re not done yet is exciting. The fact that we closed a gap like we did is good. Never satisfied about that, but it shows you again the caliber and the power of the University of Miami. If you work at it, if you grind at it, a lot of needs were addressed.”

As much talent as the Hurricanes have added to the roster in recent weeks, though, Cristobal made it clear Miami’s work is far from finished.

The head coach noted Wednesday that he hopes to have his full coaching staff in place in the coming days. Meanwhile, the Miami players will continue working through their off-season conditioning program ahead of the start of spring practice.

It’s an important stretch for all of the Hurricanes, though Cristobal noted the next few weeks will be a boon for Miami’s six early enrollees and the Hurricanes’ linemen in particular.

“These first two weeks of strength and conditioning have been really, really good,” Cristobal said. “It’s a very demanding program. I mean, it’ll work you right to the brink and the response has been excellent. It has added strength to what we’re building, culture-wise. Now, we’ve got a ways to go, but when you add pieces like this, you get them here early, you could put them down there, start eating like we’re supposed to eat, taking care of your body like you’re supposed to, go to class like you’re supposed to, then things start looking like they’re supposed to look.”

And even as the Hurricanes continue working toward the start of a new season and he continues looking to add the final pieces of Miami’s 2022 recruiting class, Cristobal is already starting to think of the work that awaits him down the road.

Already, he and his coaching staff are trying to connect with the prospects they hope to sign in 2023 and 2024.

Recruiting – and the process of improving a roster – never really stops, the coach noted.

“January, unless it’s a situation like this, should not be a scramble. This was like Planes, Trains and Automobiles. I was looking for John Candy at every corner, you know?” Cristobal quipped. “January should be dedicated to stopping at the schools and getting your eyes on next year’s class and maybe a couple more pieces or waiting on a premier piece. That’s when you’re really rolling. When that signing class is 90, 95 percent done on the first go-round and now you’re full-throttle on the next one. But to say I’m excited, it might be the understatement of the year.”