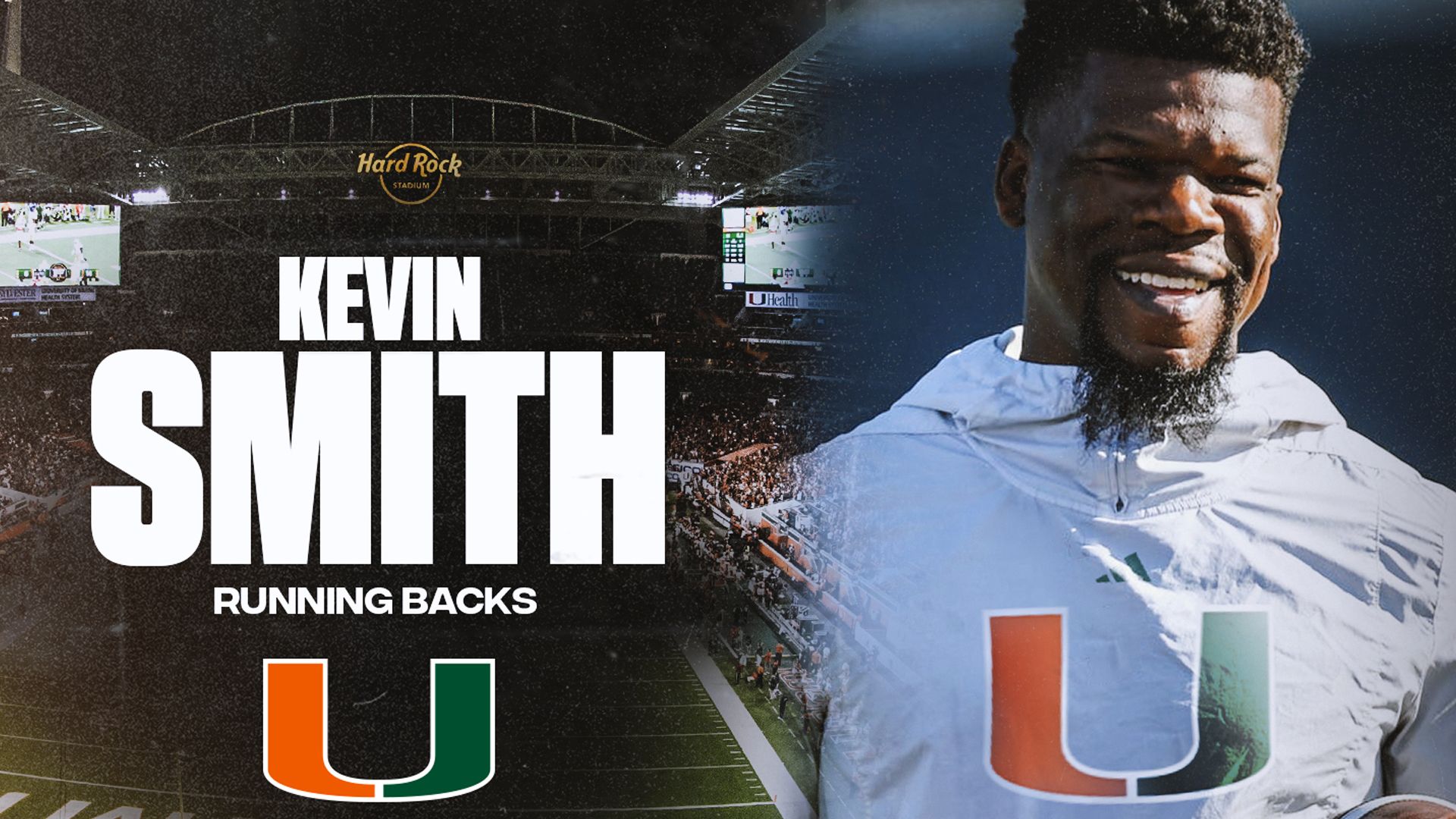 Smith returns to his hometown after spending the previous two seasons working in the same capacity at Ole Miss.

“From his playing days at Miami Southridge to a record-setting collegiate career to his five years in the NFL, Coach Smith has known nothing but success on the field,” Cristobal said. “In his five years as a college assistant coach, he has already showed an elite ability to prepare running backs for the next level. As one of the top young coaches in the nation, I know Coach Smith will recruit, coach and develop our running back room at a tremendous level and elevate the culture of our program. I’m fired up to add him to our offensive staff.”

In his most recent season with the Rebels, three of Smith’s running backs ranked in the top 25 of the Southeastern Conference in total rushing yards at the end of the regular season – Jerrion Early, Snoop Conner and Henry Parrish. Ole Miss ranked No. 3 in the SEC in rushing yards in 2021, amassing 2,829 yards on the ground for an average of 217.6 per game.

“Miami has arguably the richest tradition in college football history. It’s an honor to be the running backs coach here,” Smith said. “But with it, there’s also expectations. That’s what my game is built on – it’s built on developing and producing, and I’m ready for the challenge. I’m honored to be here and I think that a part of my job, along with the rest of the coaches on staff, is to take this thing to the next level. You’ll never fill the shoes of the guys who are on the walls here at The U, but you can continue to build on that legacy and do great things for not only the running backs who played here, but everybody from the University of Miami program.”

Making an immediate impact in Oxford, Smith coached the SEC’s leading rushing attack in 2020. Ole Miss averaged 210.6 yards per game on the ground to top the conference and rank 26th nationally. Rebel running backs scored 19 touchdowns over the 10-game season. The sophomore duo of Ealy and Conner accounted for 17 of those touchdowns with Ealy’s nine leading all Rebels and ranking sixth in the SEC. Under Smith’s guidance, Ealy earned second team All-SEC honors from Pro Football Focus.

Smith served as running backs coach at FAU from 2017-19, helping capture a pair of Conference USA titles. Prior to Smith’s arrival in Boca Raton, the Owls had tallied two seasons in which they had surpassed the 2,000-yard rushing mark as a team since the program started in 2001. Smith mentored the FAU running backs to three straight 2,000-yard rushing efforts.

Under Smith’s tutelage at FAU, Devin Singletary became the first running back in NCAA history to score 29 touchdowns in a season since Smith did it himself as a star at UCF. Singletary, whose 33 total TDs rank third all-time in single-season touchdowns, was named C-USA’s MVP in Smith’s first year at FAU.

The 2017 FAU running back ranked No. 6 nationally in rushing yards per game (285.3). The No. 6 national ranking was a jump of 45 spots from the previous year. Singletary and Kerrith Whyte, Jr. were both drafted in the 2019 NFL Draft.

Smith is no stranger to rushing records. The standout running back set 17 school rushing records at UCF, including an FBS single-season record with 450 carries and 13 100-yards performances in 2007.

After earning first team All-America honors his junior season at UCF, Smith was selected in the 2008 NFL Draft by the Detroit Lions in the third round. He went on to play five years for the Lions, amassing 17 rushing touchdowns while battling injuries during his career.

Smith graduated from UCF in 2015 with a degree in liberal studies. Smith and his wife Tisha have six children: Kevin Jr., Dennis, Kai, Dennisha, Summer and Paris.