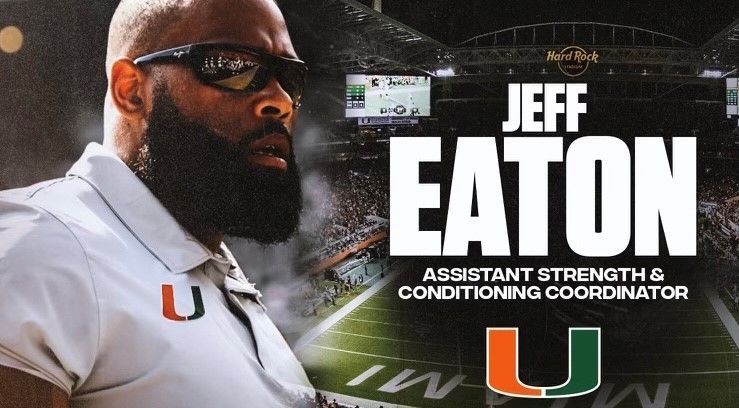 “Jeff Eaton is my right hand. Before he’s a great strength coach, he is a phenomenal human being. He is one of the top-level, highest moral fiber, highest DNA quality of a human being I’ve ever been around,” Feld said. “That’s before you even consider the fact that he’s one of the best strength coaches I’ve ever worked with. He looks the part, he walks the walk, he talks the talk, and he’s everything you’d want in one of your assistants.”

Eaton came to Oregon as an assistant strength & conditioning coach in January 2019 and helped guide the team to three straight appearances in the Pac-12 Championship Game.

“Excitement is an understatement. I get goosebumps when I think about it. I know the caliber of man that Coach Cristobal is and I know the caliber of man Coach Feld is, and I’m just so happy to be a part of it,” Eaton said. “To be considered in that regard, to be alongside these guys, it’s a tremendous feeling and I’m super humbled and super grateful that they would bring me along so we can continue to build this up.”

“The truth is, the guy is ready to be a head strength coach,” Feld said. “That’s the kind of staff we’re putting together – we’re going to be filling it with former head strength coaches, future head strength coaches, or both. He definitely fits the bill. I’m looking forward to working with him as long as I can, but I know it’s only a matter of time before he’s going and running his own show and I’m excited to see that opportunity for him.”

A Reading, Pa., native, Eaton graduated from Lock Haven University, where he played defensive line for the Bald Eagles, earning his bachelor’s degree in 2009. Eaton and his wife, Beth, have a son, Titus, and a daughter, Eva.