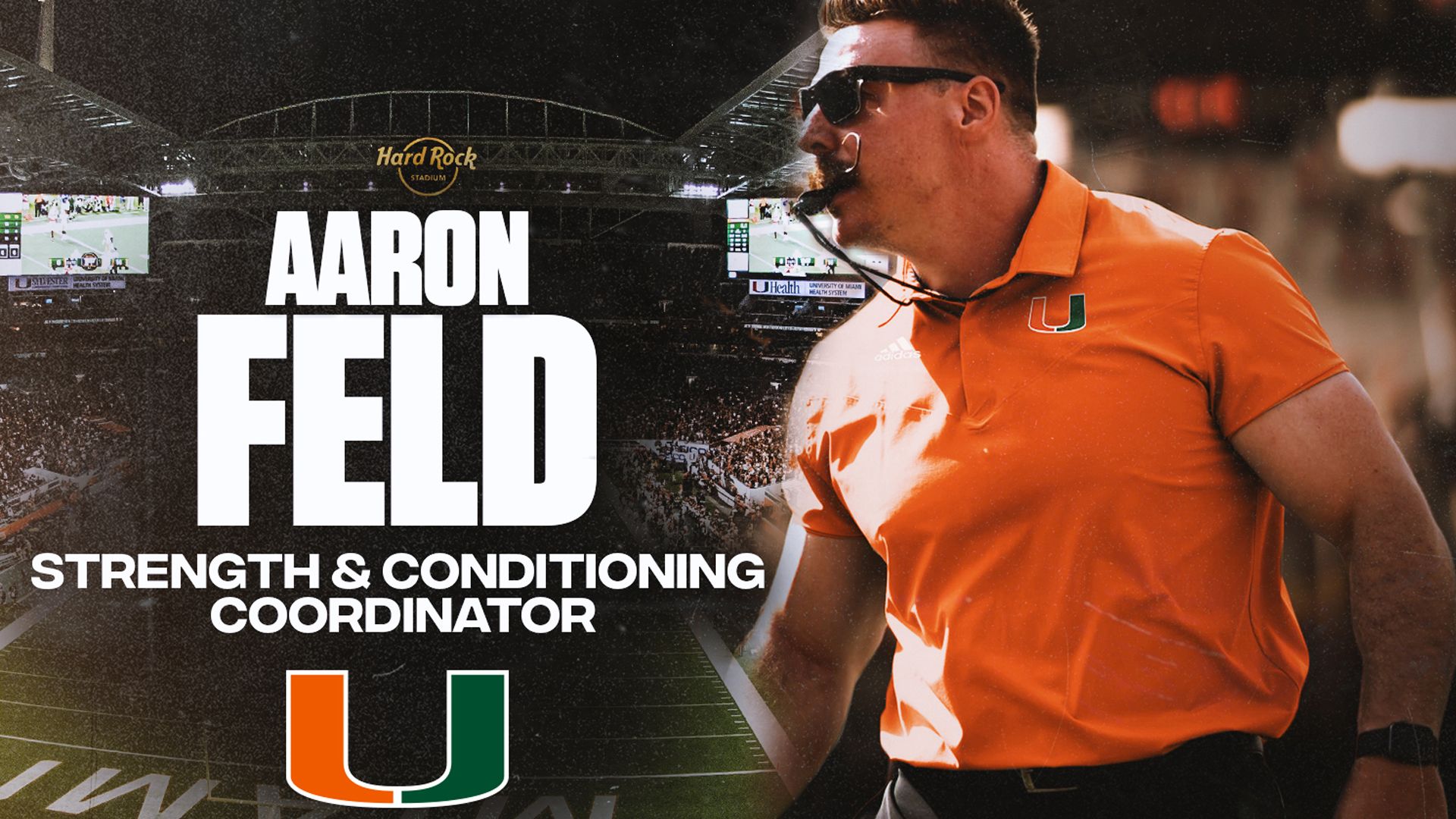 Feld arrives in Coral Gables after spending the previous four seasons working in the same capacity at the University of Oregon under Cristobal.

“Aaron is more than just a difference maker as a strength and conditioning coach,” Cristobal said. “He is a gamechanger in terms of fostering team culture, instilling discipline and building the DNA of a championship football program.”

“The truth is, there’s very few schools and very few opportunities that you leave a place like the one where I’ve been the last four years,” Feld said. “You don’t move across the country for just any school or just any coach. That’s the biggest thing. If The U wasn’t what The U is, and if Coach Cristobal isn’t who he is, this wouldn’t be happening.

“I know it’s a place where we can build a perennial contender. You go from good to great, great to elite, and elite to unbreakable – that’s the culture we’ve developed over the last four years. We had the same ideas coming in, but we’ve watched it evolve into a process that has not only proven effective, but reproducible. Every single year is a new team, and every single year is a new challenge. You don’t go hoping to build something in five years – it starts right now.”

Feld and his wife, Brittany Burgess Feld, have a son, Buck.