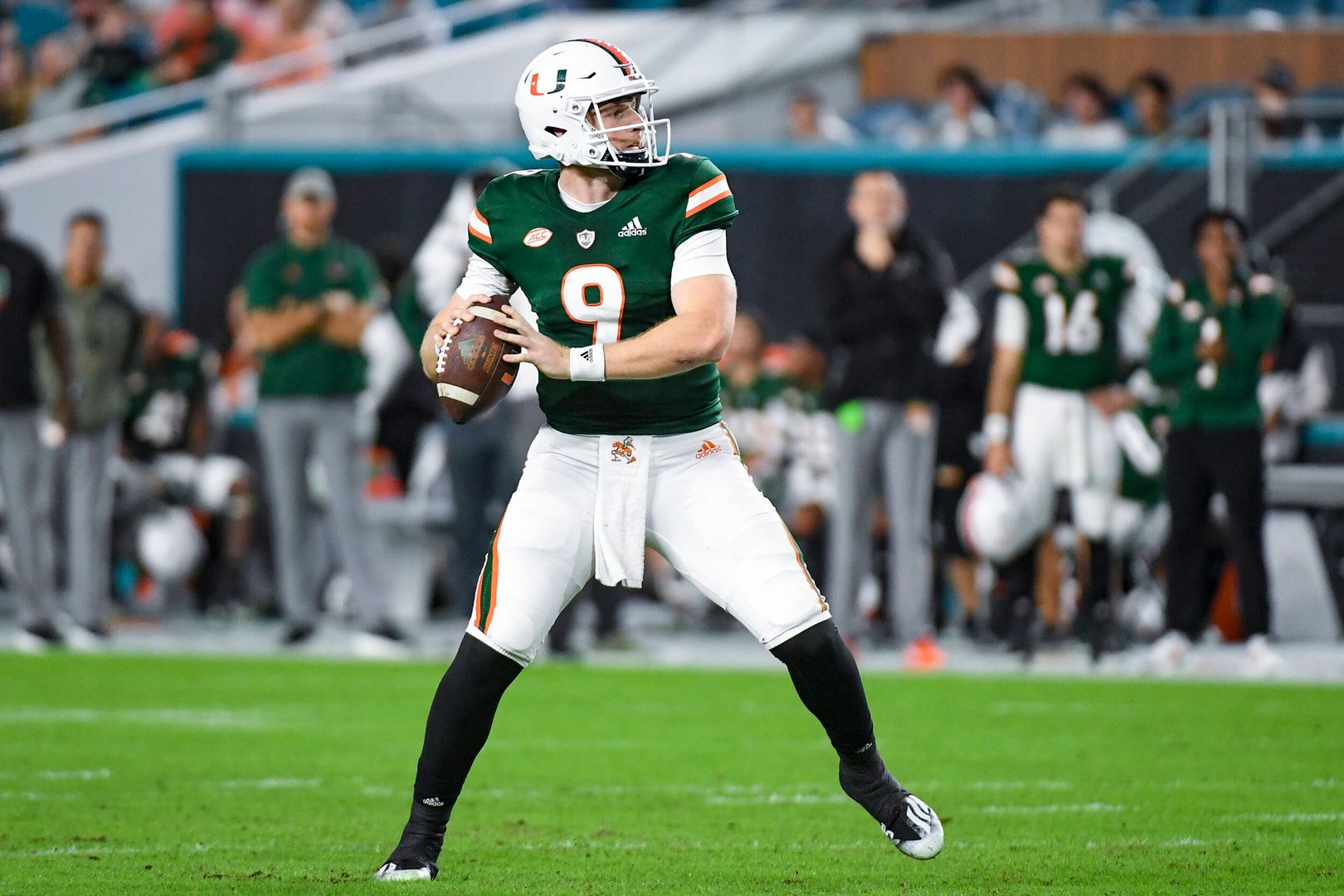 GREENSBORO, N.C. (theACC.com) – Miami quarterback Tyler Van Dyke, who stepped up amidst adversity to deliver a standout freshman season for the Hurricanes, has been voted the 2021 Atlantic Coast Conference Football Rookie of the Year.

Van Dyke was chosen in voting by a select 50-member media panel and the conference’s 14 head coaches. He was also voted the ACC Offensive Rookie of the Year in addition to his overall honor.

Van Dyke was voted the ACC Rookie of the Week five of the final six weeks of the regular season after being forced into the starting lineup due to a season-ending injury to starter D’Eriq King. The Glastonbury, Conn., native appeared in 10 games overall, completing 62.3 percent of his passes (202 of 324) for 2,931 yards and 25 touchdowns.

Van Dyke’s closing run included six consecutive weeks in which he passed for more than 300 yards and at least three touchdowns. Van Dyke led the Hurricanes to a 38-34 win over eventual Coastal Division champion Pitt – the No. 17 Panthers’ only loss in ACC play – and a 31-30 victory over No. 18 NC State.

The complete breakdown of the 2021 ACC Football Rookie of the Year voting:

Rookie of the Year

Offensive Rookie of the Year

Defensive Rookie of the Year