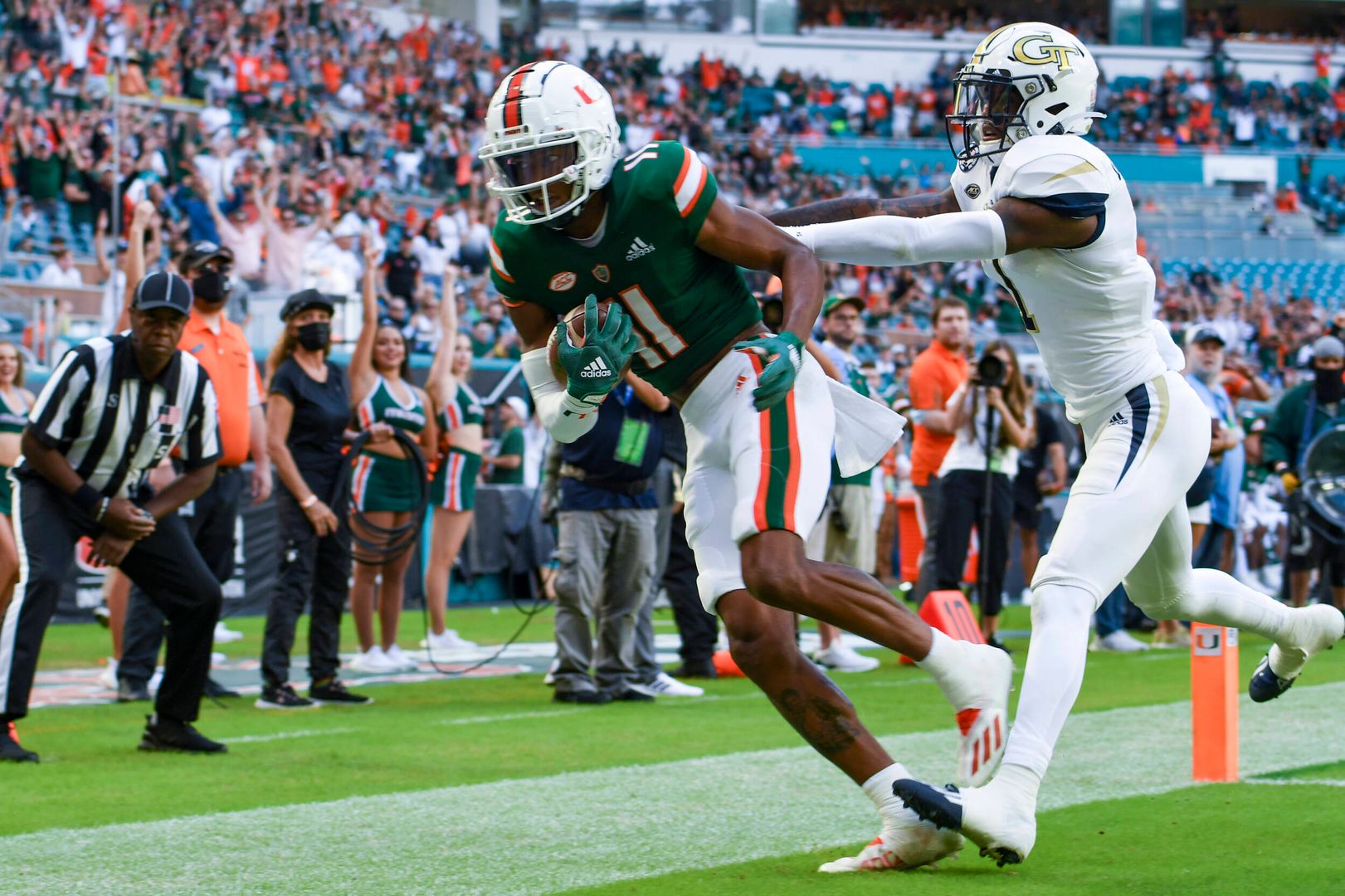 Headlined by three selections to the All-ACC Second Team, Miami (7-5, 5-3 ACC) had players from every class featured in the postseason honors list.

Rambo put together one of the most dominant seasons by a Hurricane offensive player in program history. Rambo set the single-season mark for both receptions (79) and yards (1,172) and finished with a team-high seven touchdowns.

Scaife saw action in all 12 games during the regular season and made nine starts on the right side of the offensive line. The Hurricanes ranked fifth in the ACC in both scoring offense (34.1) and yards per game (448.3) in 2021.

Hedley, a semifinalist for the Ray Guy Award honoring the nation’s top punter, ranked No. 3 in the ACC in punting (44.94). He had 11 punts of at least 50 yards and landed 19 of his punts inside the opponents’ 20-yard line over the course of the year.